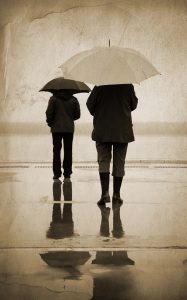 We've all heard the phrase "April showers bring May flowers," but where does the expression come from?

This piece of horticultural wisdom, therefore, dates at least to the sixteenth century or earlier. Some see evidence of it in Chaucer's The Canterbury Tales:

Whan that Aprill, with his shoures soote
The droghte of March hath perced to the roote
And bathed every veyne in swich licour,
Of which vertu engendred is the flour; 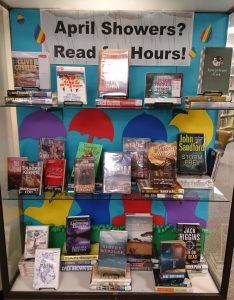 Wherever it comes from, the saying has become an everyday part of our lexicon, and has inspired this month's display at the Mandeville Branch. All of the titles have a little precipitation of their own. For a preview check out one of the titles below: