The French Quarter Festival was first produced in 1984 as a way to bring residents back to the Quarter, following the World’s Fair and extensive sidewalk repairs in the French Quarter.

Jazz originated in New Orleans, opens a new window, but who actually invented jazz is up for much debate: Some say Buddy Bolden invented jazz when he started his first band in 1905. Some say jazz was invented with the recording of the first jazz record, which included "Dixie Jass Band One Step", opens a new window and "Livery Stable Blues", opens a new window by the Nick LaRocca's Original Dixieland Jazz Band in 1917. Famously, Ferdinand "Jelly Roll" Morton said, "It is evidently known, beyond contradiction, that New Orleans is the cradle of Jazz, and I myself happen to be the inventor in the year 1902." 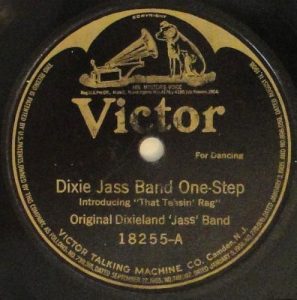 Most agree, however, that jazz emerged out of New Orleans's rich cultural milieu and music's important role in the city's day-to-day life and celebrations. By the late 1800s the city was home to not only the French, Spanish, and African cultures of the colonial period but also European, Caribbean, Latin American, and Asian immigrants. From carnival, debutante balls, and riverboat excursions to benevolent association parades, church dedications, jitney or taxi dances, and funerals, music was an integral and omnipresent part of the city's culture.

Numerous volumes have been devoted to the origins and history of jazz in New Orleans. Check out one of these from your favorite branch of the St. Tammany Parish Library: