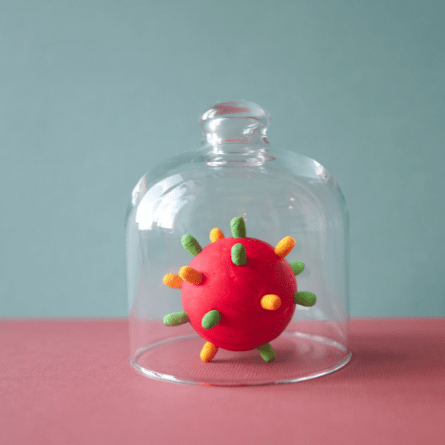 a cluster of pneumonia outbreaks to the World Health Organization, opens a new window.  Though no one knew it at the time, these cases would go on to be the first documented cases of COVID-19.  Today reading the first mention of these cases in the Times-Picayune feels somewhat surreal.  The article, titled “Authorities: Illness in China not SARS,” discussed the Wuhan authority’s fears that the outbreaks of the mysterious respiratory illness indicated a resurgence of the 2002-2003 SARS (Severe Acute Respiratory Syndrome) epidemic that took the lives of over 700 Chinese citizens.

Although not much was mentioned about those affected by the outbreak, it was stated that “59 people were diagnosed with the condition and have been isolated while they receive treatment […] Seven were in critical condition, while the rest were stable.”  A world with only 59 cases of COVID-19 feels so distant, yet also like it was only last year.  The “article” itself was no more than a news brief, just a short blurb tucked away on the edge of the page.  While in the end they concluded that these cases were not SARS, Middle East respiratory syndrome, influenza, bird flu, or an adenovirus; they still couldn't identify the virus that had already begun impacting people’s lives.