Abita Springs was first settled by the Choctaws who found the natural springs possessing an excellent quality and further named the springs, "ibetap" which means fountain.  According to legend, a handsome native Orleanian of Spanish descent named Henriquez was visiting the area of Abita Springs, and met and married a beautiful Choctaw princess named Abita.  Shortly after they married and moved to New Orleans, Abita became very ill and Henriquez was told by advisors to bring his bride back to Abita Springs to drink of the healing waters and to bathe in the bubbling springs.   She was cured in a month's time.  Many settlers of Anglo-Saxon or Irish descent settled the area around the 1830s.  After the settlers came to the area, the waters were tested and found to have a high degree of medicinal quality.  Abita Springs became a summer and winter resort known for its healing waters.  Many hotels and resorts were built to support the number of people visiting the area. 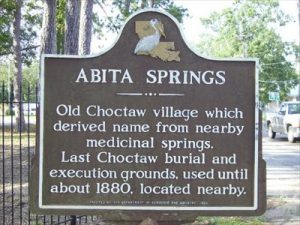 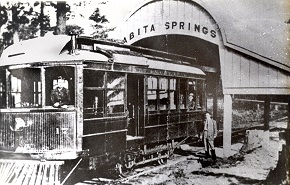 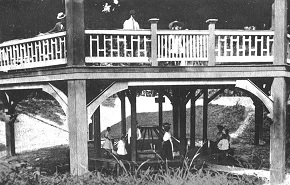 The Abita Pavilion is still in existence today, even though people no longer flock to its statuesque presence for the bubbling springs.   Likewise, hotels and resorts are no longer in existence, but residents and visitors to Abita Springs still enjoy a peaceful setting with small-town charm.