In the early 1970s, a plan to widen U.S. Highway 190 was proposed. This widening, in order to accommodate a curve in the road next to a shopping center parking lot, would necessitate the removal of an oak grove containing a three-hundred year old oak. The grove was believed by some to be the site of Father Adrien Rouquette's cabin-chapel Kildara, where he lived and ministered to the Choctaw. Bertha Neff, the archivist for St. Tammany Parish at the time, signed an affidavit which stated that the Chinchuba oak was the same as the one that sheltered Kildara. 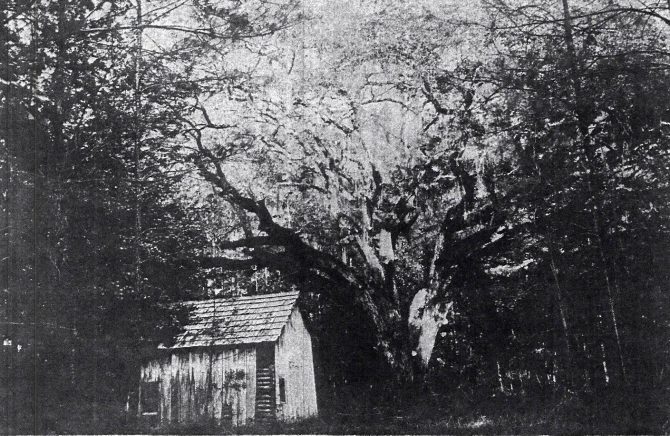 A group called the St. Tammany Taxpayers Association, or STTA, undertook efforts to save the trees from the encroaching highway. They collected 6,000 petition signatures, lobbied state politicians by telegram, and wore t-shirts with the slogan "Save Our Oak - Chinchuba". By late 1977, the state highway director, W.T. Taylor, had assured the group that the plans would be revised, changing the curvature of the proposed road so as not to disturb the oaks. The Mandeville Town Council had adopted a resolution requesting that the grove be saved. And a promise was given by state officials that, if any action were to be taken, STTA would be notified in advance. 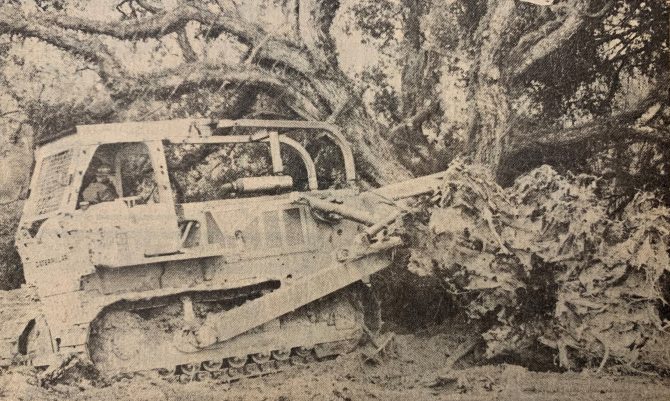 So it was a disturbing surprise when, on the morning of Mardi Gras Day, 1978, Louisiana Department of Transportation contractors began the process of uprooting the Chinchuba oak. No notification had been given to STTA. Bill Strain, a state representative from Abita Springs, showed up to the site at the urging of concerned constituents, having never been sent a work order (more on this shortly). A vice president of STTA briefly tried to block the oak with his car, but was told to move by the state police. There was also a last minute attempt to get a court order stopping the work, which was not possible due to the holiday. By the end of the day, the Chinchuba oak and two others were brought down.

The local reaction, as documented in the newspapers, was overwhelmingly negative. An editorial in the News-Banner called the episode a "crying shame" and lamented that the "beautiful old tree" could "never be replaced". One gentleman, writing in a letter to the editor, found it reminiscent of the attack on Pearl Harbor. Other residents called it a "senseless act of vandalism", "a dastardly and shameful act". One woman wrote to Edwin Edwards, noting "how little was asked--simply to divert that highway one rounded curve; how little was given -- Nothing!!" 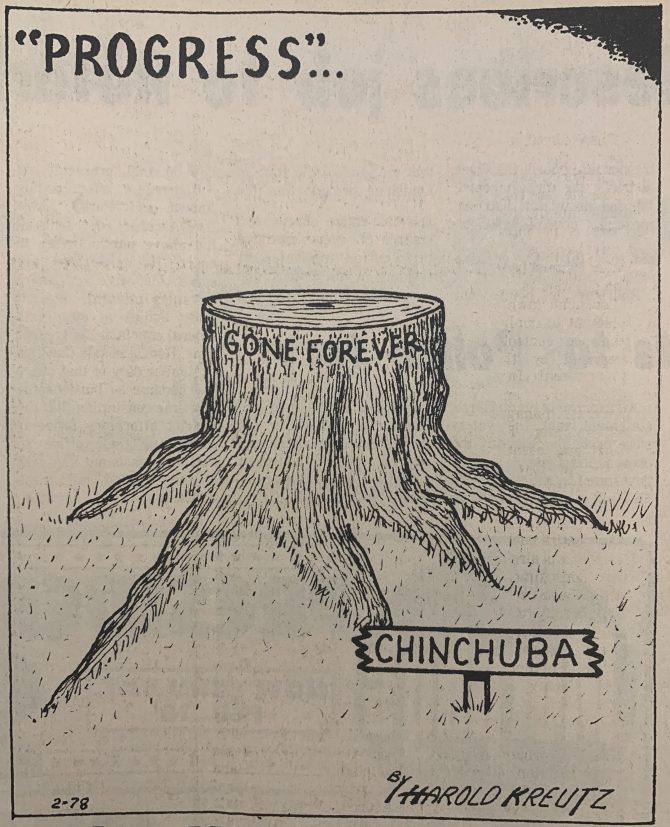 In the fallout, STTA leader Pat Clanton accused Bill Strain of deceit and of showing up to the site as publicity for the next year's election. Strain denied this claim, and protested that he was being falsely made into a 'whipping boy' by the STTA. He maintained that, along with Senator B.B. "Sixty" Rayburn, he was never given advanced warning of the state's decision to raze the trees.

In response to the 'Mardi Gras Massacre', STTA asked that DOT create a people's park at the intersection of Highways 190 and 22, that DOT should fire all those responsible for the removal, and that the state legislature should take steps to ensure that nothing similar could happen again. DOT blamed the contractor for the timing of the removal; they also asserted that, as the Louisiana Historical Society could not prove that the grove was the site of Kildara, the oak was not historic and thus not a reason to pause a highway project.

As those who drive on U.S. Highway 190 can attest to, no pocket park was created at the site of the oaks. No one was fired for the 'Massacre." And yet, live oaks are now highly protected in the city of Mandeville. City ordinance 9.2.5.7 states that a tree removal permit is necessary before cutting, clearing, or removing any live oak; and that the removal of a live oak must "enhance the health, safety and welfare of the public," or otherwise benefit the public interest" before its removal permit can be issued.