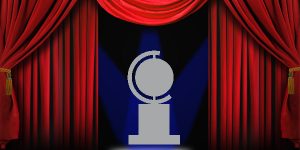 Are you ready for the Tony Awards? This celebration of the year on Broadway will be held on June 10, 2018. If like me you didn't manage to make it to New York this year to catch all of the latest shows, you can still catch up with some of the season's biggest hits at your favorite branch of the St. Tammany Parish Library.

The Tony Awards nominations were led by Mean Girls and SpongeBob SquarePants, garnering 12 nods each. Mean Girls is an adaption of Tina Fey's fabulous movie of the same name. Mean Girls is a musical written by Tina Fey with music by Jeff Richmond and lyrics by Nell Benjamin. SpongeBob SquarePants is of course based on the beloved cartoon, and the soundtrack features composers from Sara Barellis and Steven Tyler, to T.I. and They Might Be Giants. If you haven't heard it yet, you can check it on Spotify or iTunes.

The other two nominees for Best Musical are Frozen (based of course on the Disney animated film) and The Band's Visit. The only nominee not based on an incredibly well-known franchise is The Band's Visit. The musical is about the residents of a sleepy Israeli town complaining about how boring it is to live in the desert when an Egyptian band comes to town. You can listen to the Broadway soundtrack on the library's Hoopla app.

The Band's Visit received 11 nominations as did revivals of Angels in America and Carousel. Now is a great time to revisit HBO's excellent adaption or Tony Kushner's Pulitzer Prize-Winning Novel.

And it's always a good time to rewatch Roger and Hammerstein's classic starring Shirley Jones and Gordon MacRae.