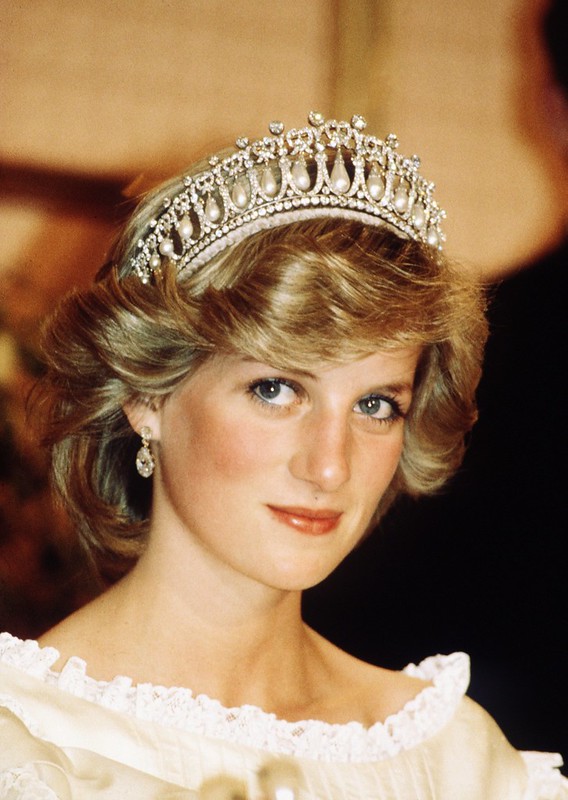 Diana, Princess of Wales was born Diana Frances Spencer on July 1, 1961, in Park house, Sandringham, Norfolk. She was the fourth of five children of John Spencer, Viscount Althorp and Frances Spencer, Viscountess Althorp. Diana grew up in Park House, situated on the Sandringham estate. The Spencers leased the house from its owner, Queen Elizabeth II. The royal family frequently holidayed at the neighboring Sandringham House, and Diana played with the Queen's sons Prince Andrew and Prince Edward.

Diana was seven years old when her parents divorced. Diana lived with her mother in London during her parents' separation in 1967, but during that year's Christmas holidays, Lord Althorp refused to let Diana return to London with Lady Althorp. Shortly afterwards he won custody of Diana. In 1976, Lord Althorp married Raine, Countess of Dartmouth.  Diana's relationship with her stepmother was particularly bad. Diana became known as Lady Diana after her father later inherited the title of Earl Spencer in 1975, at which point her father moved the entire family from Park House to Althorp, the Spencer seat in Northamptonshire.

She began her formal education at Silfield Private School in Gayton, Norfolk, and moved to Riddlesworth Hall School, an all-girls boarding school near Thetford, when she was nine. She joined her sisters at West Heath Girls' School in Sevenoaks, Kent, in 1973.  She left West Heath when she was sixteen. After attending Institut Alpin Videmanette, a finishing school in Rougemont, Switzerland, for one term, Diana returned to London, where she shared her mother's flat with two school friends. In London, she took a series of low-paying jobs.  Diana spent time working as a nanny for the Robertsons, an American family living in London, and worked as a nursery teacher's assistant at the Young England School in Pimlico. In July 1979, her mother bought her a flat at Coleherne Court in Earl's Court as an 18th birthday present. She lived there with three flatmates until February 25, 1981.

Lady Diana first met Charles, Prince of Wales, the Queen's eldest son and heir apparent, when she was 16 in November 1977. A few years later, Diana and her family were guests at a country weekend during the summer of 1980 when she watched him play polo and he took a serious interest in Diana as a potential bride. The relationship progressed when he invited her aboard the royal yacht for a sailing weekend. This was followed by an invitation to Balmoral (the royal family's Scottish residence) to meet his family one weekend in November 1980. Lady Diana was well received by the Queen, the Queen Mother and the Duke of Edinburgh. The Prince proposed on 6 February 1981, and Lady Diana accepted, but their engagement was kept secret for the next few weeks. Their engagement became official on February 24, 1981. Twenty-year-old Diana became Princess of Wales when she married the Prince of Wales on July 29,1981 at St Paul's Cathedral.

On June 21, 1982, the Princess gave birth to the couple's first son, Prince William. A second son, Prince Harry, was born on September 15,1984. Diana gave her sons wider experiences than was usual for royal children. She rarely deferred to the Prince or to the royal family, and was often intransigent when it came to the children. She chose their first given names, dismissed a royal family nanny and engaged one of her own choosing, selected their schools and clothing, planned their outings, and took them to school herself as often as her schedule permitted. She also organized her public duties around their timetables.

In 1995, after years of an unhappy marriage, the Queen wrote a letter to the Prince and Princess of Wales, advising them to divorce. The divorce was finalized on August 28, 1996. Diana lost the style "Her Royal Highness" and instead was styled Diana, Princess of Wales. As the mother of the prince expected to one day ascend to the throne, she continued to be regarded as a member of the royal family and was accorded the same precedence she enjoyed during her marriage.

Diana began her charity work almost as soon as her engagement to the Prince of Wales was announced and she continued it throughout her marriage and after her divorce. From the mid-1980s, she became increasingly associated with numerous charities. The Princess developed an intense interest in serious illnesses and health-related matters outside the purview of traditional royal involvement, including AIDS and leprosy. Diana's extensive charity work also included campaigning for animal protection and fighting against the use of landmines. She was the patroness of charities and organizations who worked with the homeless, youth, drug addicts, and the elderly. From 1989, she was president of Great Ormond Street Hospital for Children. From 1984 to 1996, she was president of Barnardo's, a charity that cares for vulnerable children and young people. In 1988, she became a patron of the British Red Cross and supported its organizations in other countries such as Australia and Canada. She made several lengthy visits each week to Royal Brompton Hospital, where she worked to comfort seriously ill or dying patients. From 1991 to 1996, she was a patron of Headway, a brain injury association. In 1992, she became the first patron of Chester Childbirth Appeal, a charity she had supported since 1984. In 1994, she helped her friend Julia Samuel launch the charity Child Bereavement UK which supports children of military families, those of suicide victims, and terminally-ill parents.

The Princess beloved by many all over the world died in a car crash in the Pont de l'Alma tunnel in Paris while the driver was fleeing the paparazzi, on August 31,1997. The crash also resulted in the deaths of her companion Dodi Fayed and the driver, Henri Paul. Diana's bodyguard, Trevor Rees-Jones, survived the crash. The televised funeral, on September 6, was watched by a British television audience that peaked at 32.10 million, which was one of the United Kingdom's highest viewing figures ever. Millions more watched the event around the world. The sudden and unexpected death of an extraordinarily popular royal figure brought statements from senior figures worldwide and many tributes by members of the public. People left public offerings of flowers, candles, cards, and personal messages outside Kensington Palace for many months. Her coffin, draped with the royal flag, was brought to London from Paris by Prince Charles and Diana's two sisters on August 31,1997. The coffin was taken to a private mortuary and then placed in the Chapel Royal, St James's Palace. Diana's funeral took place in Westminster Abbey on September 6. Her sons walked in the funeral procession behind her coffin, along with her ex-husband the Prince of Wales, the Duke of Edinburgh, Diana's brother Lord Spencer, and representatives of some of her charities. Diana's grave is on an island within the grounds of Althorp Park, the Spencer family home for centuries.

This is a list about Diana, Princess of Wales and the royal family she was apart of.