Mary Anning was born on May 21, 1799 in a seaside town named Lyme Regis on the southern coast of England.  Her parents, Mary and Richard Anning, had ten or more children, but only Mary and her brother Joseph survived to make it into adulthood.  Richard Anning made a living as a cabinet maker, but he had a love of fossil collecting and would often bring Mary with him to his fossil hunting expeditions on the nearby cliffs on the beach.  He would later die from a combination of tuberculosis and injuries from a fall off one of the cliffs, leaving his family impoverished.

Fossil hunting in the 19th century was done just as much for the fossils’ commercial value as it was for their contributions to science.  Mary continued these fossil hunting expeditions even after her father died in an effort to support her family.  Many of the fossils she sold were purchased by paleontologists who would then take credit for her discovery and donate the fossil to a museum.  Mary made her first major discovery when she was just 12 years old.  It was a complete skeleton of an Ichthyosaurus, a dolphin-esque marine dinosaur from the Jurassic period.  Complete skeletons are rare, and at the time of its finding paleontologists in London hadn’t seen anything like an Ichthyosaurus before.  The fossil garnered a lot of attention and was dubbed the “Lyme Crocodile” and “Mary’s Monster.”  Mary sold the skeleton to the British Museum where tourists would come from all around to see it. 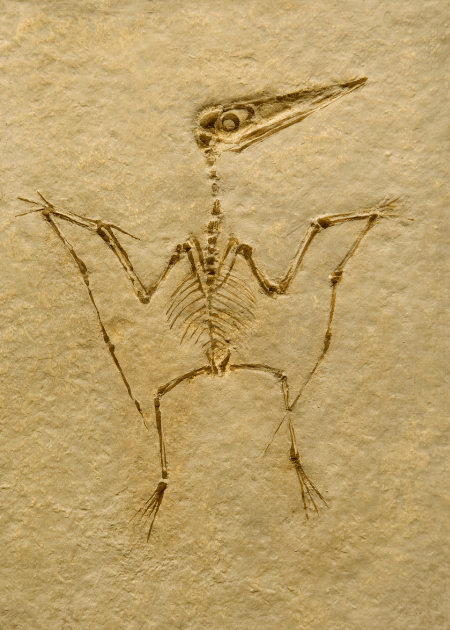 Mary, and now her family, continued to search for fossils to sell in order to support themselves.  Eventually they gained the attention of a wealthy fossil collector named Lieutenant-Colonel Tomas Birch, who was impressed with their findings and distressed by their financial situation.  In order to support the Anning family, he sold his fossil collection to support them.  During this time, Mary continued to find new and exciting fossils such as a Plesiosaurus, a Pterosaur, and a Squaloraja fish.  But despite all of her impressive finds, she was considered an amateur for a very long time because of her gender and lack of scientific credentials.

However, Mary's extensive knowledge of fossils and skill in excavating them eventually earned her the respect of many in the field.  Mary regularly met with professors and other professionals, who had to admit that she knew more than anyone else in England about fossils.  In 1838 she was even granted a (small) annual income from the British Association for the Advancement of Science and from the Geological Society of London.  She was even named the first Honorary Member of the Dorset County Museum.  When she died of breast cancer on March 9, 1847, just before her 48th birthday, the Quarterly Journal of the Geological Society of London published her obituary, even though they would not admit women into their group for another 57 years.  Anning fought hard for the little recognition she got.  Though largely uncredited, her work with fossils was very important to early paleontology.