A Louisiana native, Lee Bubrig was born in Boothville in 1926. His grandparents had migrated from Croatia and Yugoslavia, and with hard work became successful.  Growing up near the river, hunting and fishing was a major part of Lee’s life, and his natural love of the terrain prepared him for the Army’s training in communications, where he immediately went into the wire squad as a private. Battery B,  the 749th field artillery battalion.  He served in Okinawa where he was promoted to Corporal. After the War had ended, Lee helped in the criminal investigation squad of Japanese prisoners in South Korea. When he returned home, Lee started a successful business, using his skills with electricity and communications.  Today, Lee is married to Nina Bubrig, and they reside in Covington. Lee has published his biography and is donating a copy to the St. Tammany Library. 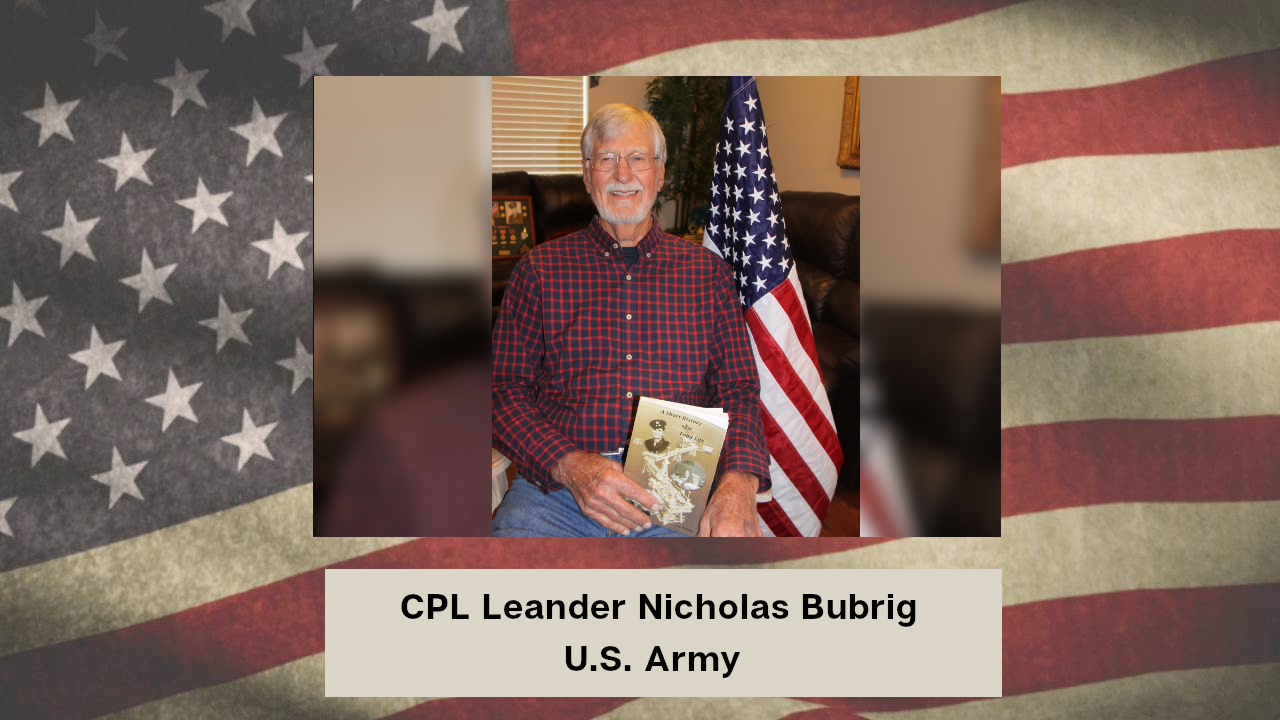