Born in 1926, Emmet Charles Guderian, Jr. was raised in the heart of New Orleans, carrying a legacy of early Louisiana history with his ancestors arriving from Alsace-Lorraine in 1751. Emmet was one of nine children and attended the local Catholic schools through his high school years.

Upon learning that Pearl Harbor had been attacked, Emmet, at seventeen years of age, signed up with the Navy. Through Basic Training, he was assigned to be a Radar Operator, with the Controlled Information Center, on the USS Independence. They were involved in several battles in the Asian Theater, including the Battle of Leyte and in Okinawa, where many American lives were lost by the Japanese Kamikaze pilots. Emmet left the service having achieved the title of Petty Officer, Third Class, Radar Man
After the War, Emmet married Gwendolyn Marie Bourg, returned to Louisiana and had successful business experience in oil and gas. Emmet has lived on the Northshore for many years with his wife, now deceased. 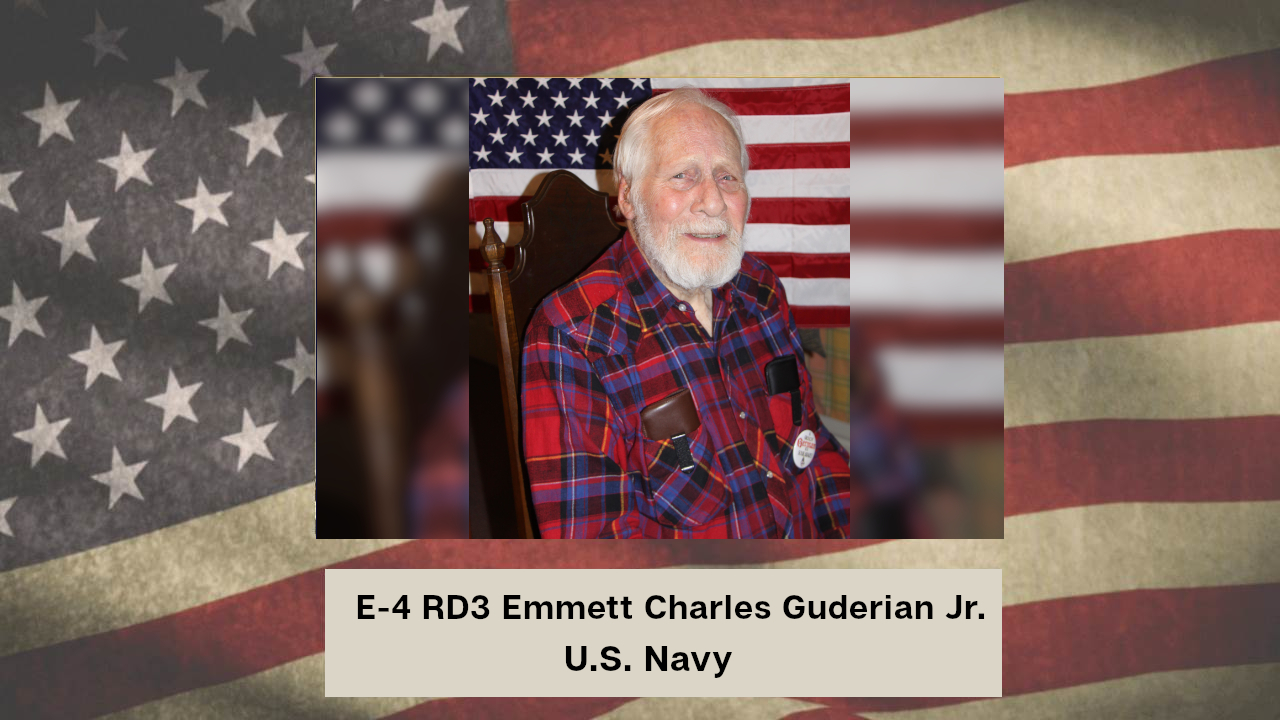