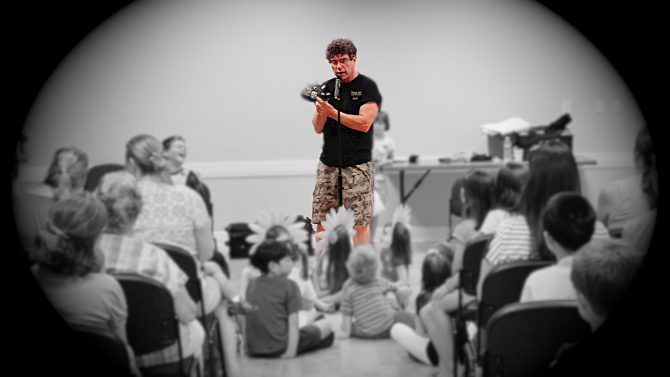 The St. Tammany Parish Library lost a true friend this week. The Library staff sends heartfelt condolences to the family and friends of local actor, director, and champion of the imagination Frank Levy. Frank led creative dramatics programs for children at the library branches for over thirty years. Many of the staff consider him a personal friend, me included. I first met Frank in 2001 when I was a brand-new children’s coordinator. Wow! Who was this man with so much energy and creativity? Where did he get all of those costumes in his small suitcase? (His fabulous wife.) Frank had done programs for STPL for years at that point. This was the beginning of Harry Potter mania. Frank proposed a series of “Wizarding Workshops” at the branches that was offered for Children’s Book Week. Frank jumped on the bandwagon early. Yet, in Frank fashion, he made the story his own, or I should say he had the children make the idea of a young wizard, taking a potions class, their own.

From then on Frank performed his own magic every summer with his Stories in Motion programs. There was always a part for everyone. Children, teens, and adults were silly together as we all told a familiar story, with a Frank Levy twist. Frank was a huge supporter of libraries, in his home town and around the state and country. Over the past few days and over the next few weeks I know we will learn more about his dedication to helping children during disastrous times, his generosity, and his tremendous heart.

We all learned a lot from Frank. About the power of make believe, how to tell a good story, how to create sound effects on the cheap, how to involve everyone in the room to create a community, how to be kind. This summer will not be the same without him. We miss you already Frank.  -Tanya DiMaggio, Assistant Director of Support Services  (Podcast Runtime 9:37)

Here is a brief bio with lots of pictures of Frank from the Library over the years: 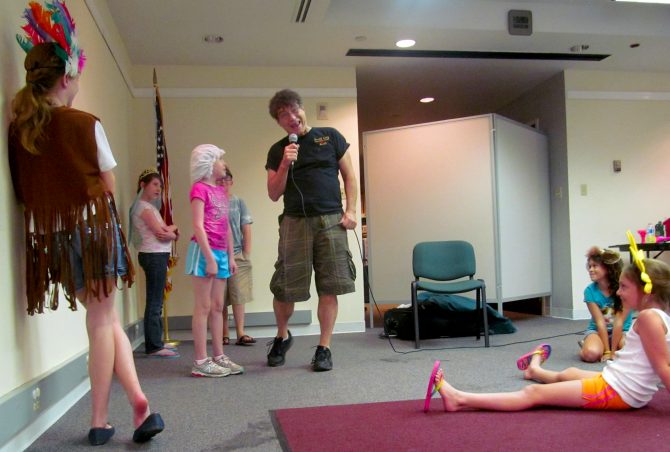 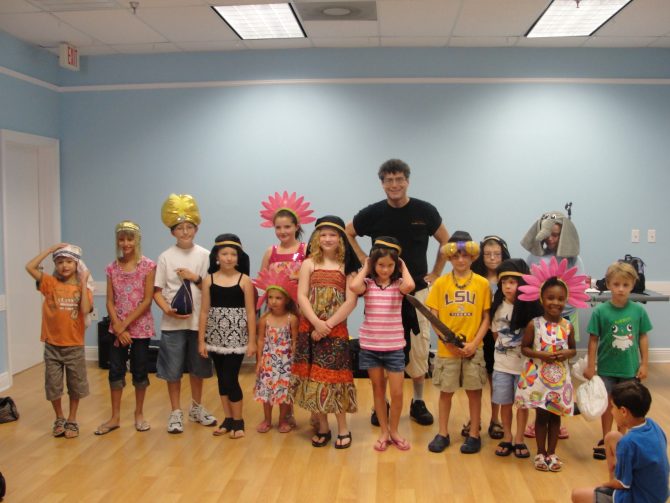