Lt. Col. Champ Vinet was born in New Orleans. He was commissioned into the Army Air Force for World War II. He was a B-24 bomber pilot for the 779th Squadron, 664th Group, 55th Wing of the 15th Air Force. He was based in Pantanela, Italy, and flew campaigns over the Balkans, Austria, and Southern Germany. He also served with the Air Force Reserve and received an air medal with 4 oak leaf clusters for his service. He is currently a resident of Mandeville. 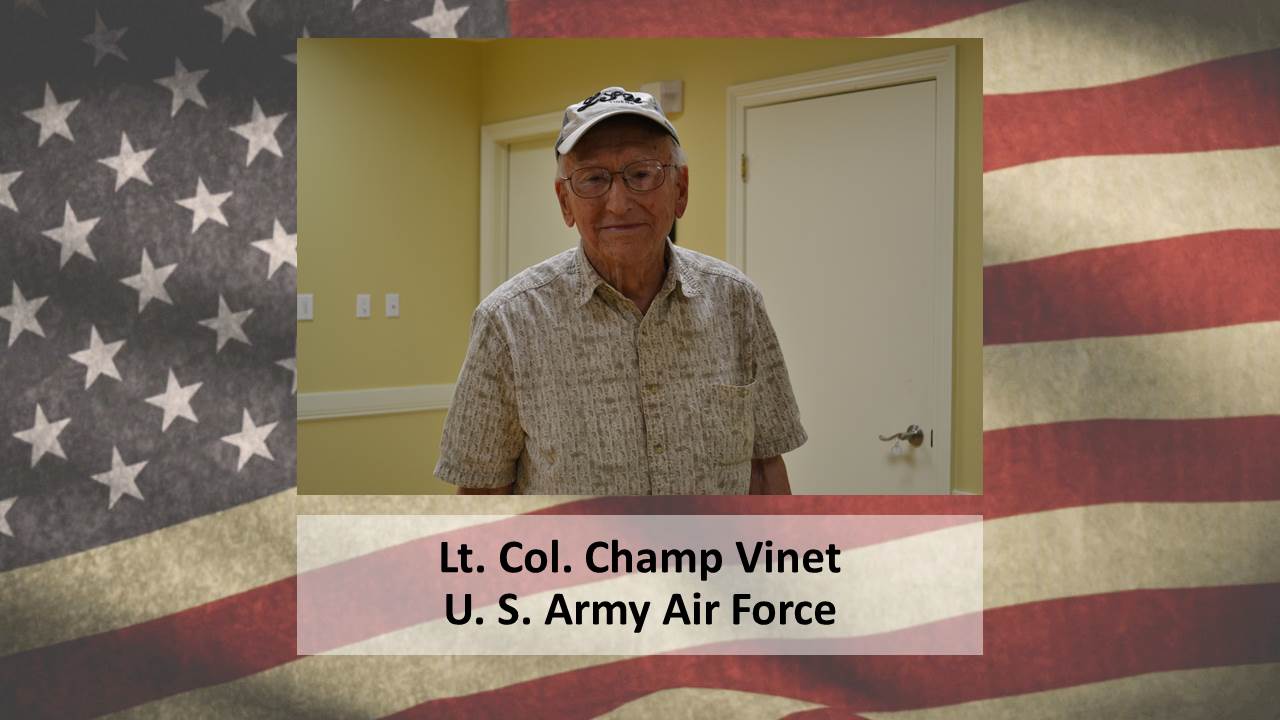 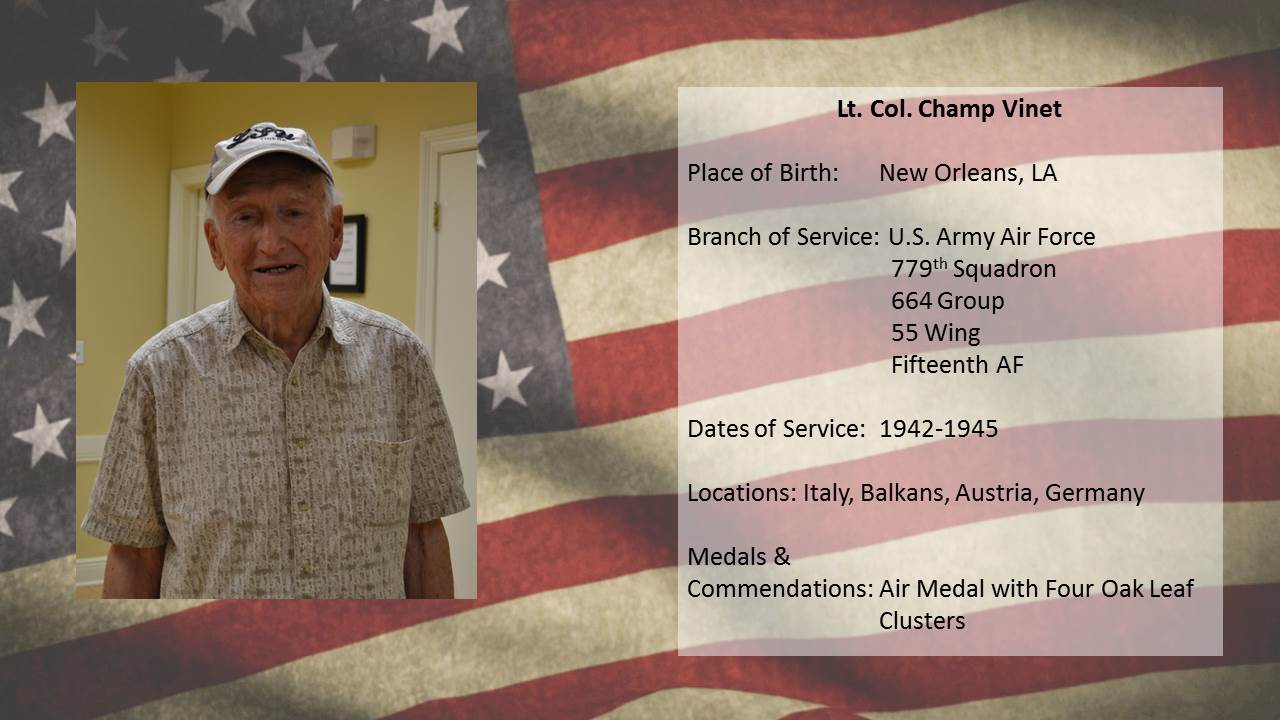