Major Joseph Cassanova, born in New Orleans, served in the Louisiana Air National Guard from 1959 to 1990. His 31-year career with the 159th Tactical Fighter Group included service in Alaska, the Arctic, Europe, Washington, DC and many other areas. He was involved in operations for the Cuban Missile Crisis and Desert Storm and has received various medals for his service. He is currently a resident of Mandeville. 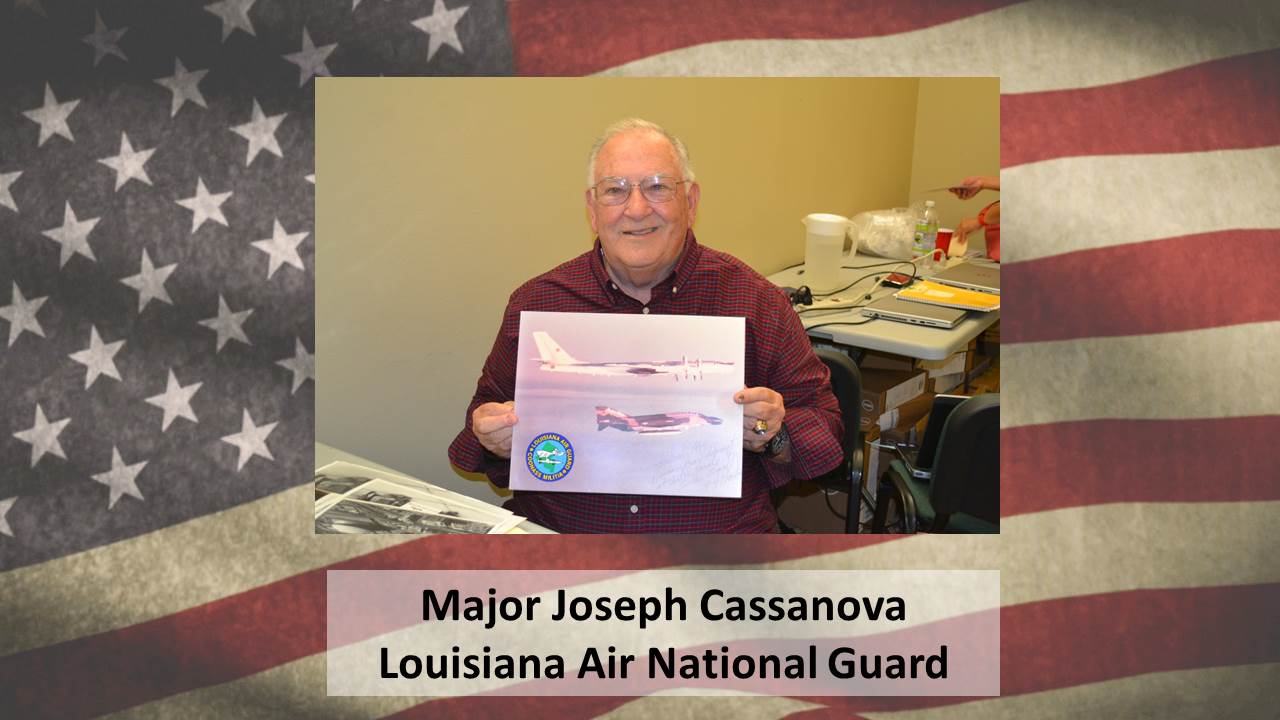 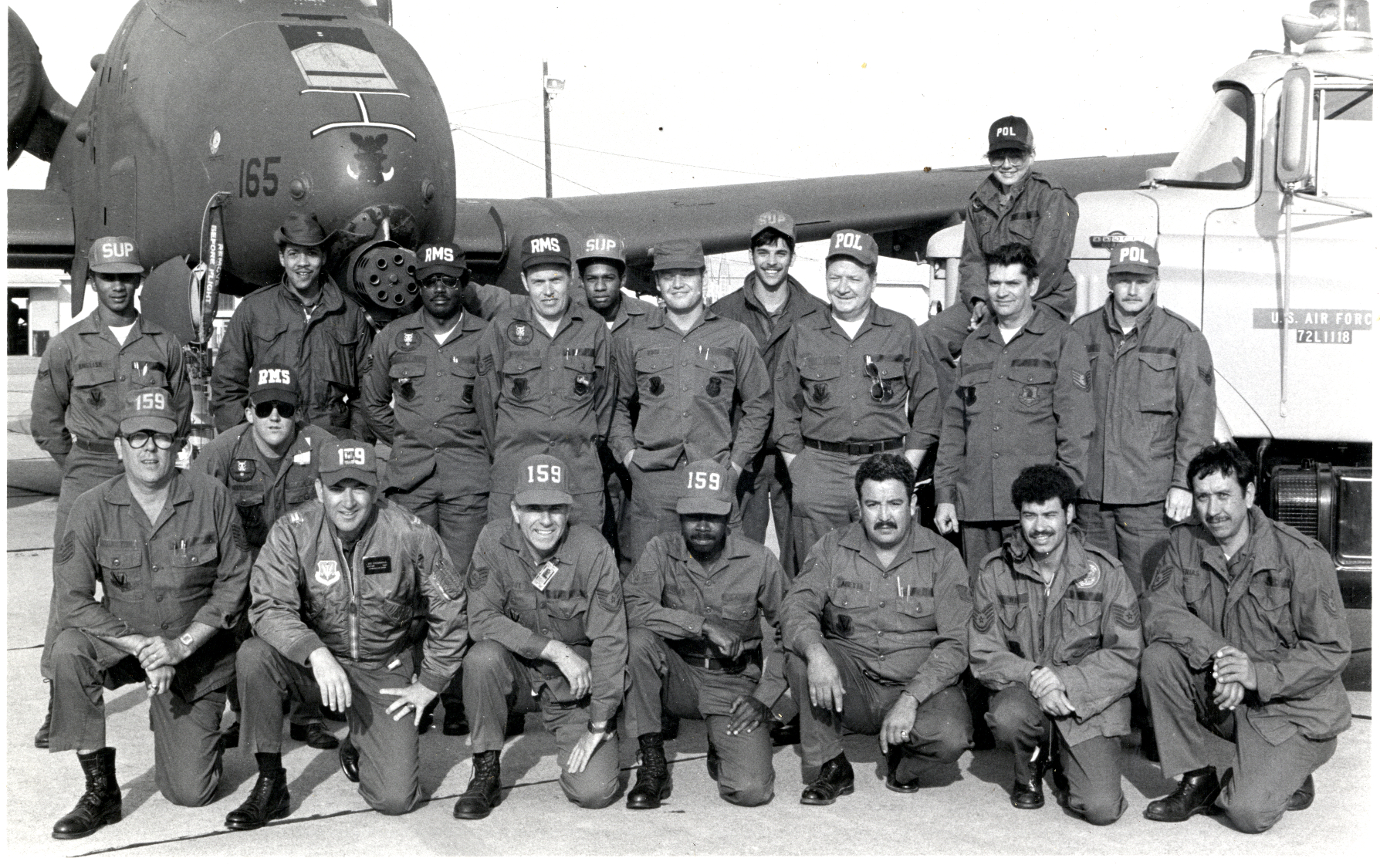 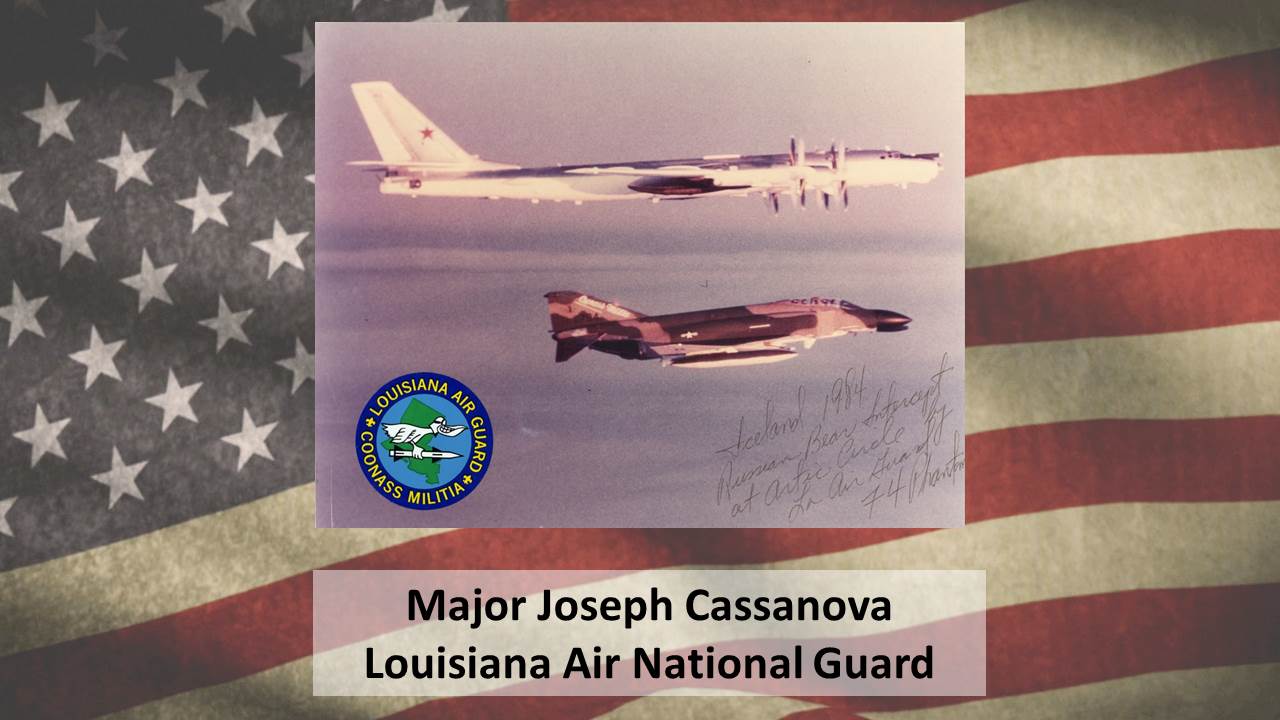 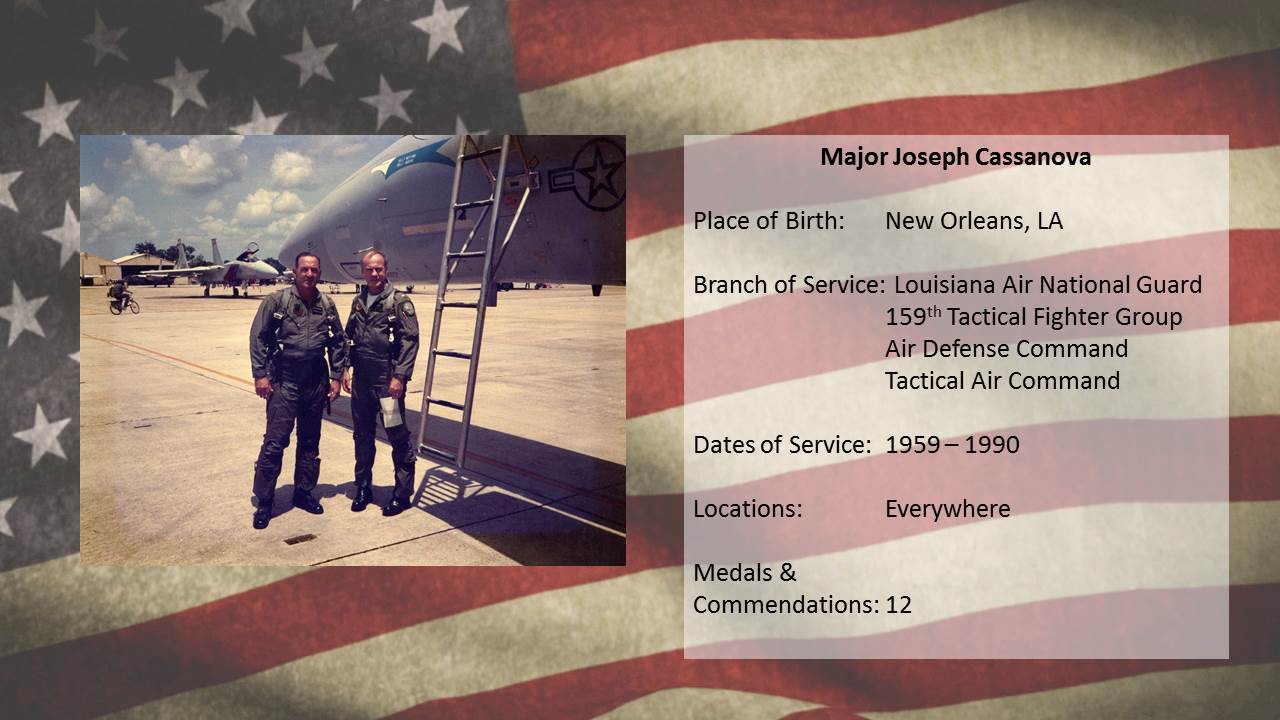