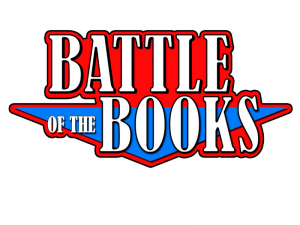 The fifth annual Battle of the Books is coming this summer! The St. Tammany Battle of the Books program is an annual inter-library book trivia competition between teams of 5th-8th graders focused on knowledge of five pre-selected novels. Students entering 5th-8th grades in the 2019-2020 school year are eligible to join a team. Teams compete in multiple rounds in a Quiz Bowl-style competition. The Battle is followed by an Award Party. Members of the winning team receive individual trophies and are awarded the official Battle of the Books Championship Trophy for display at the winning Branch Library. Non-scoring awards include Best Sportsmanship, Best Costume, and Best Team Name. The next St. Tammany Battle of the Books will be held on July 13, 2019 at the Castine Center. Teams from the Causeway, Covington, Madisonville, Mandeville, Slidell, and South Slidell branches are competing. Many thanks to Recreation District #1 for providing use of the Castine Center.

Battle of the Books Info Meetings

In the meantime, start reading! This year's books:

I Love You, Michael Collins by Lauren Baratz-Logsted. In 1969, as her own family is falling apart, ten-year-old Mamie finds comfort in conducting a one-sided correspondence with the least famous astronaut heading toward the moon on Apollo 11.

Space Case by Stuart Gibbs. The year is 2040. Dash, lives on Moon Base Alpha (MBA), Earth's extraterrestrial colony. Housing only a few dozen people and governed by a strict commander, MBA is not exactly a barrel of laughs for a 12-year-old boy. However, when one of MBA's scientists dies suspiciously and a supply ship brings new residents (including a girl his age), life in space becomes much more intriguing.

Starstruck: The Cosmic Journey of Neil deGrasse Tyson by Kathleen Krull and Paul Brewer.  A biography of science superstar Tyson, the groundbreaking American astrophysicist whose work has inspired a generation of young scientists and astronomers.

When You Reach Me by Rebecca Stead. As her mother prepares to be a contestant on the 1980s television game show, "The $20,000 Pyramid," a twelve-year-old New York City girl tries to make sense of a series of mysterious notes received from an anonymous source that seems to defy the laws of time and space.

A Wrinkle in Time by Hope Larson. A graphic novel adaptation of the classic book in which Meg Murry and her friends become involved with unearthly strangers and a search for Meg's father, who has disappeared while engaged in secret work for the government. 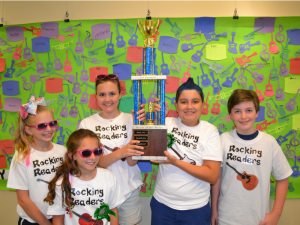 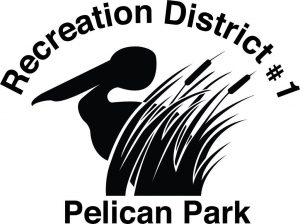