AMEDEE JOSEPH NELSON, had a family of historical presence in Louisiana, with his Soniat and Fortier families sharing the Tchoupitoulas plantation.  As a young man, Nelson had mechanical interests, which ultimately led to his owning a Service Station in Metairie, and the teaching of manual arts.  When World War II began, he was working for the Higgins Shipyard, Subsequently, he was drafted into the Dixie Division, a Mississippi and Louisiana combined Regiment, then transferred to the U.S. Army, 932nd Field Artillery. Landing in Naples, he was involved in various battles. Including the Battle of Cascina and the Battle of the Bulge, During the occupation, he guarded German prisoners in Dachau. Amedee married the  late Rita Hebert Nelson after he returned from the war, and  they celebrated  60 years  of marriage before her death.  He had been living in Mandeville at the time of his death, May 5, 2018 at 101 years. 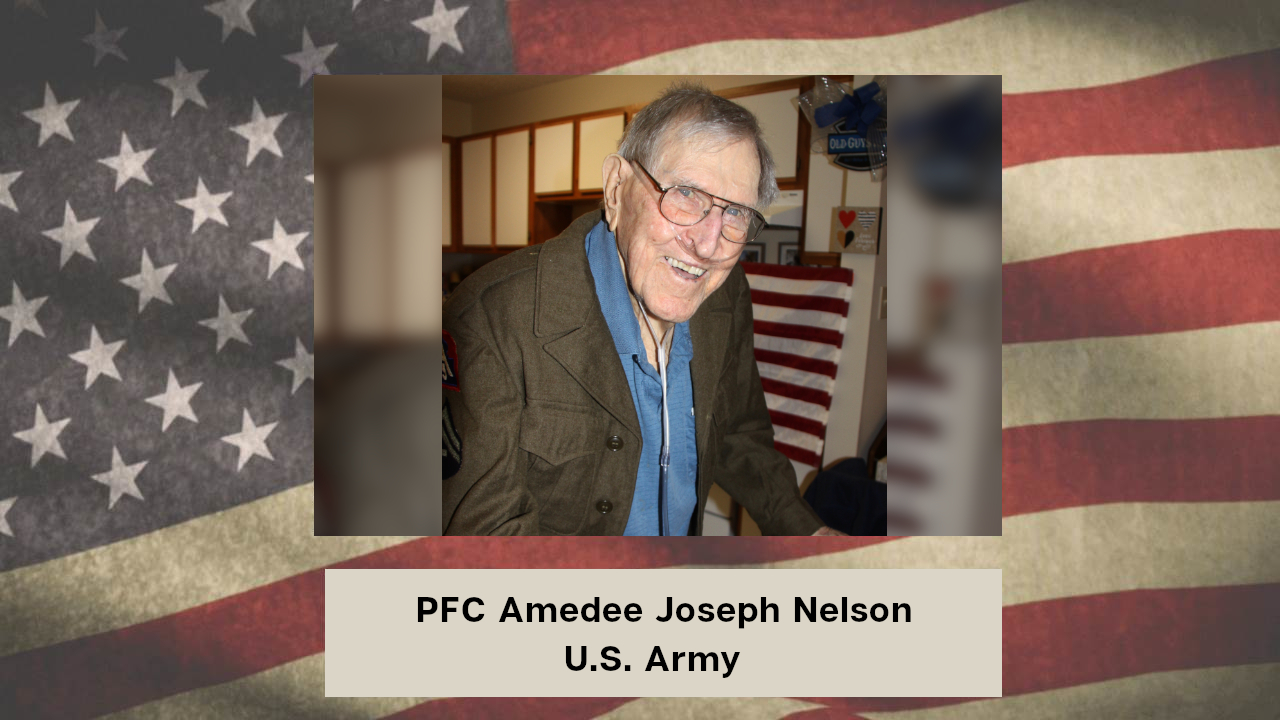 Recorded and contributed by the Wharton Chapter of Daughters of the American Revolution, Covington, Louisiana.