Sergeant First Class Ernest Chauvin was born in Houma. He was drafted into the Army Infantry and served in both World War II and Korea with the 69th Infantry Division, and later in the 7th Cavalry Regiment, 1st Cavalry Division in Korea. While in World War II, he served in the Rhineland and Middle Europe and received 2 combat infantry badges and 2 bronze stars for his service. At the end of World War II, he became the company supply sergeant. He lives in Mandeville. 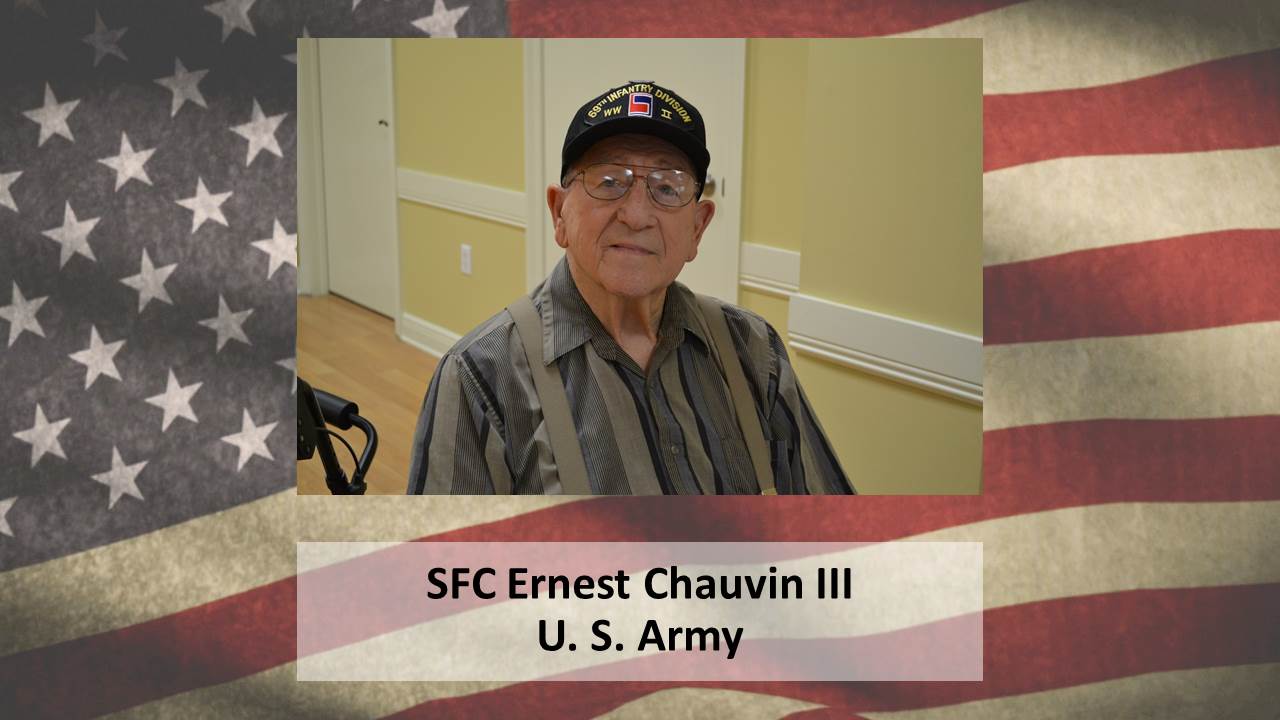 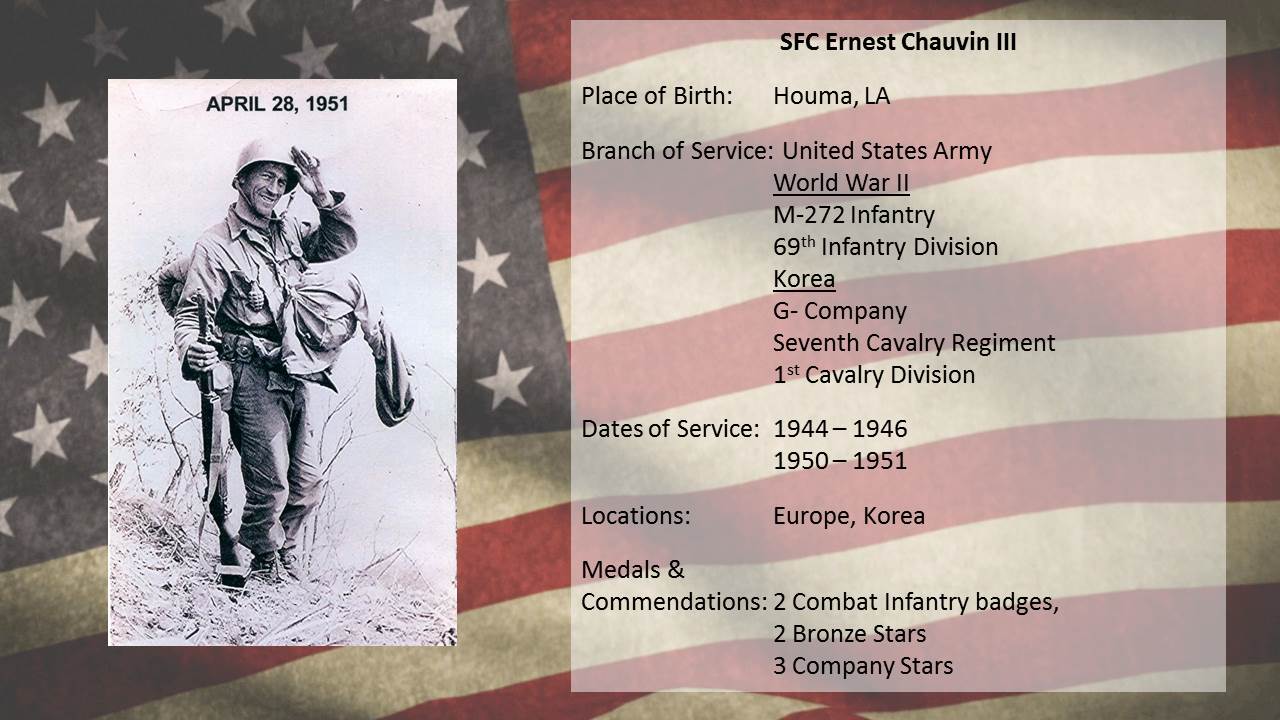 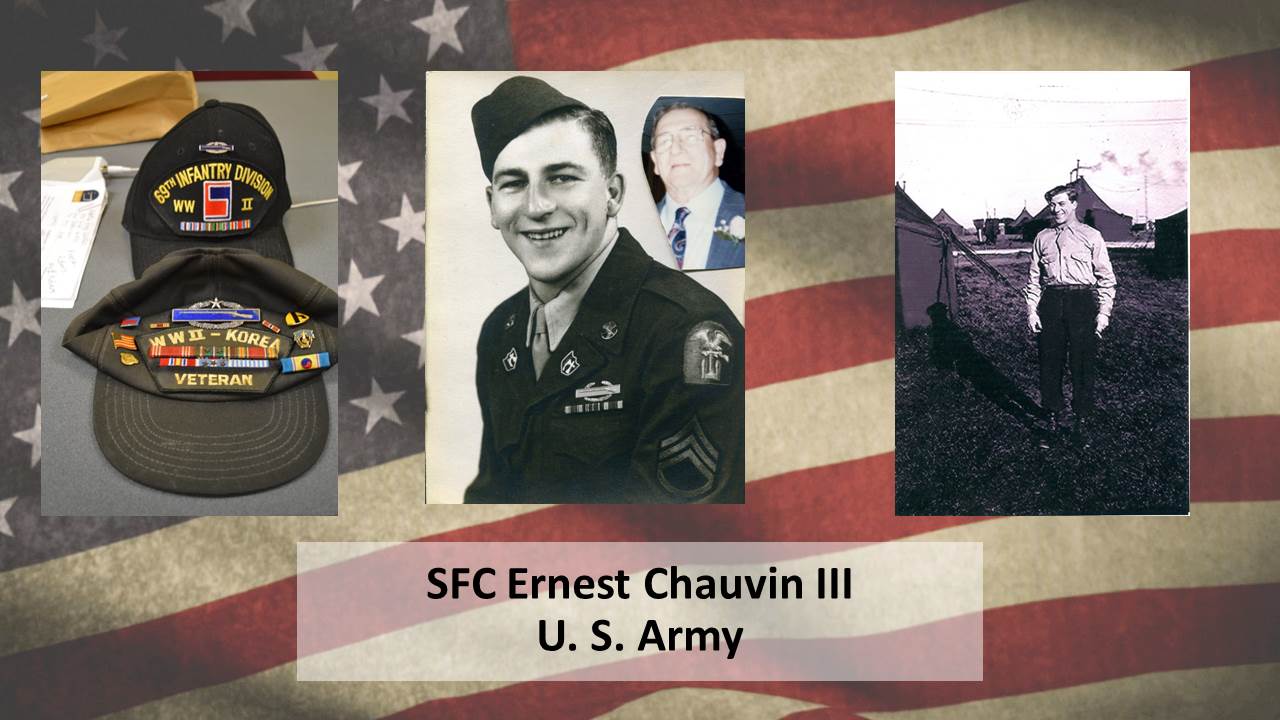