Sgt. Cultus Pearson was born in Caesar, MS. He was drafted into the Army for World War II and served with the 41st Division, 162nd Battalion Infantry in New Guinea, Biak Island, and the Philippines. He carried the Browning Automatic Rifle in the Mindanao Campaign in the Philippines and became an expert rifleman. He was awarded the Bronze Star as well as the Army Good Conduct and Philippine Presidential Unit Citation for his service. He is a resident of Lacombe. 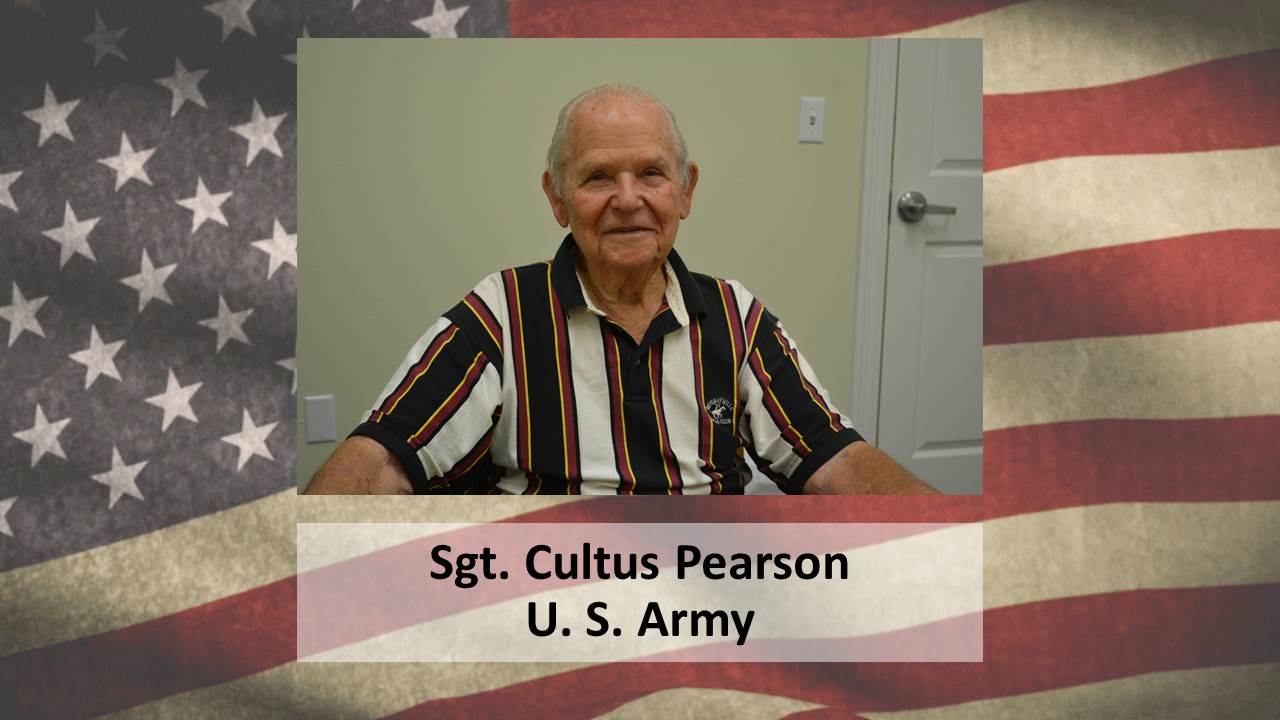 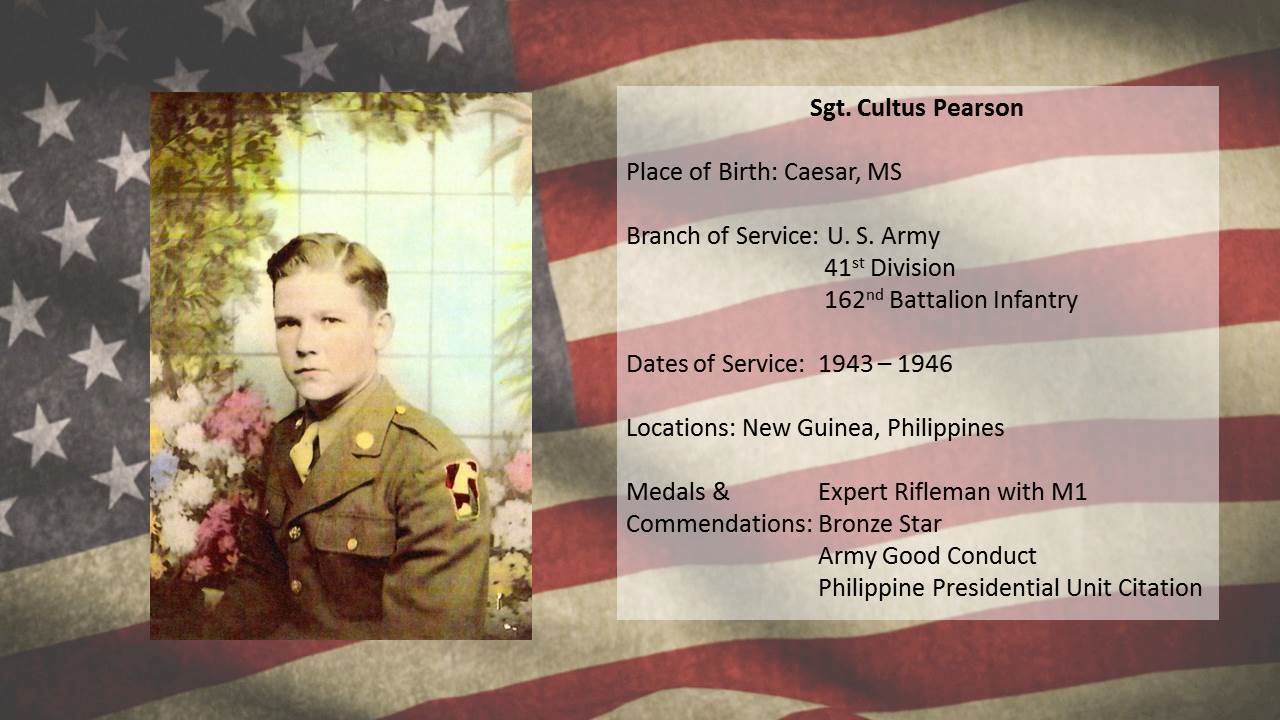 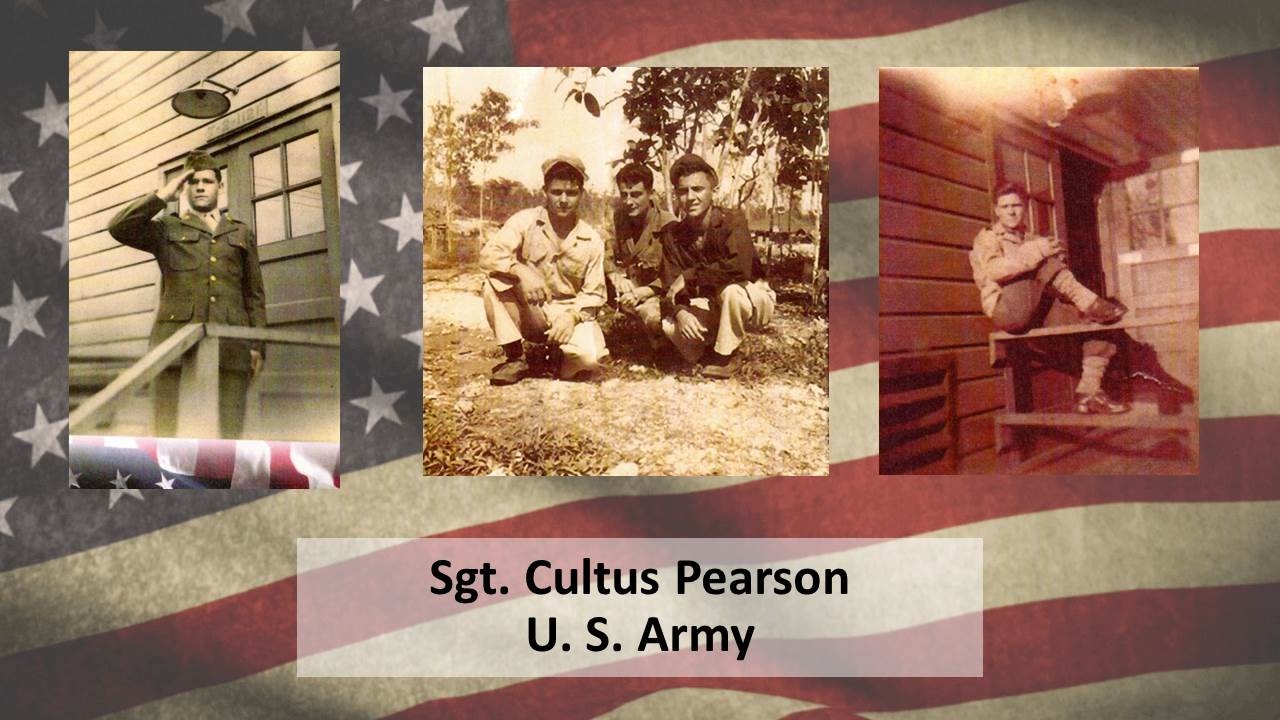