Bill Bode was born in St. Joseph, Missouri in 1923. After high school, he worked as a salesman for a surgical supply company, which made him a perfect candidate as a medic when he was drafted in the US Army. He was assigned to the 311th medical battalion as part of the 86th Infantry, the Blackhawks. The Medical Battalion always accompanied a Division in the field, with its primary mission to care for the Allied casualties. The medics found themselves caring for German prisoners as well as our own soldiers. Bill’s battery of medics also vaccinated children in a local village for measles which had reached epidemic proportions. At the conclusion of the War in Europe, Bill’s unit was redeployed to Luzon. Subsequently, Bill joined the reserves and married Margaret Clark. After completing his college years, he returned to sell medical supplies in the south, making Louisiana their home in 1945, where they raised their 5 children. Bill passed away in Mandeville on March 31, 2019. 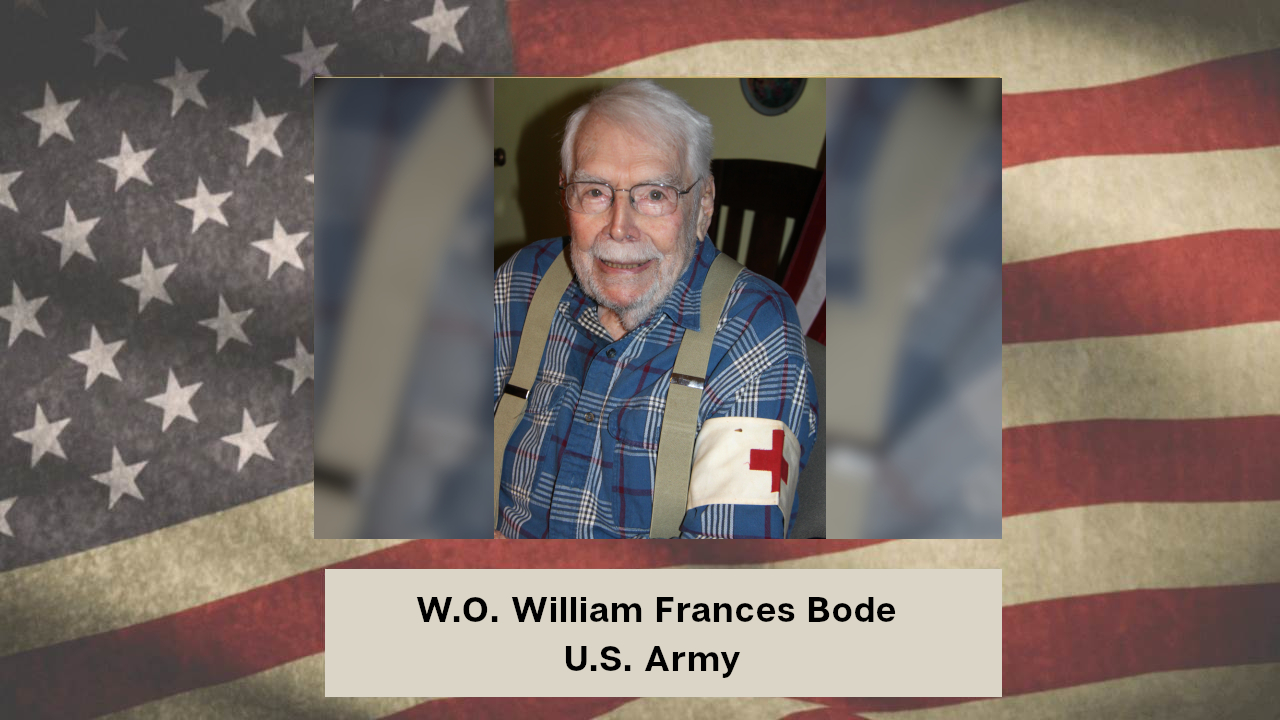