Yeoman Second Class Sherman Elfert was born in New Orleans. He enlisted in the Navy for World War II and remained in service for the Korean War. He served aboard the USS Holton in both the European and North African theatres and was present for the Surrender of Japan. He was awarded several medals that were lost in Katrina but some have since been replaced thanks to his VFW hall. He lives in Lacombe. 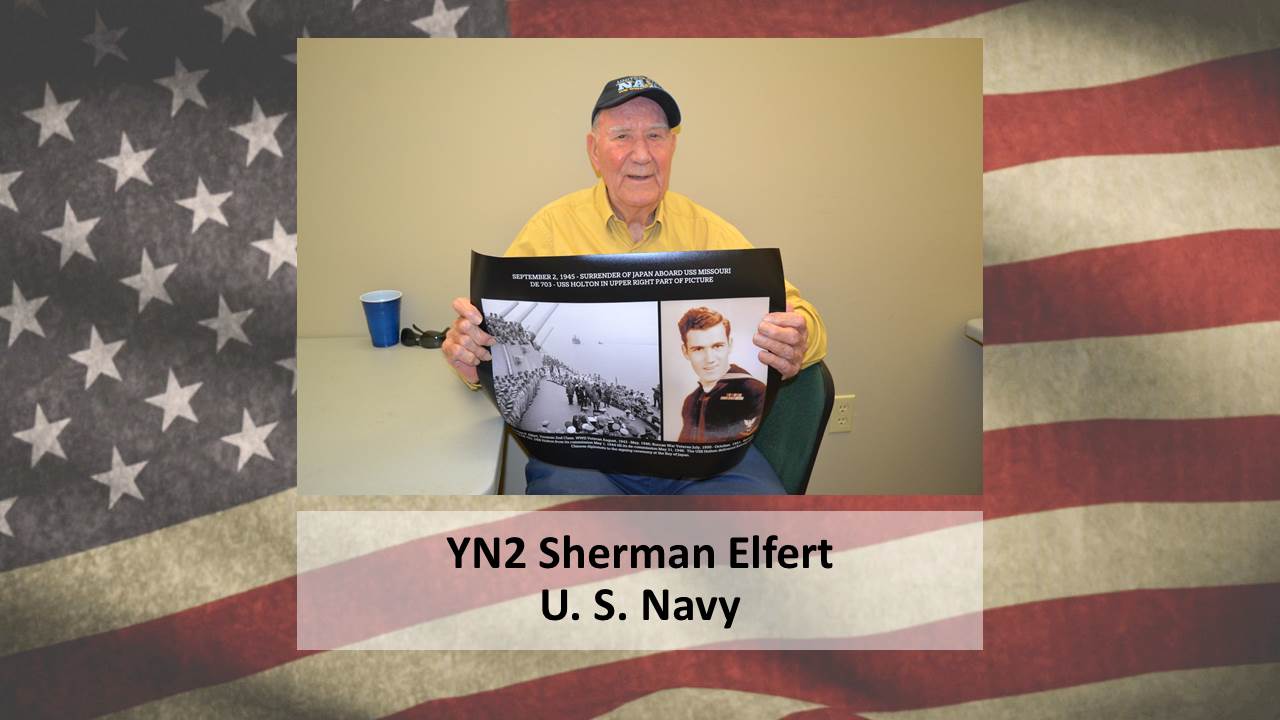 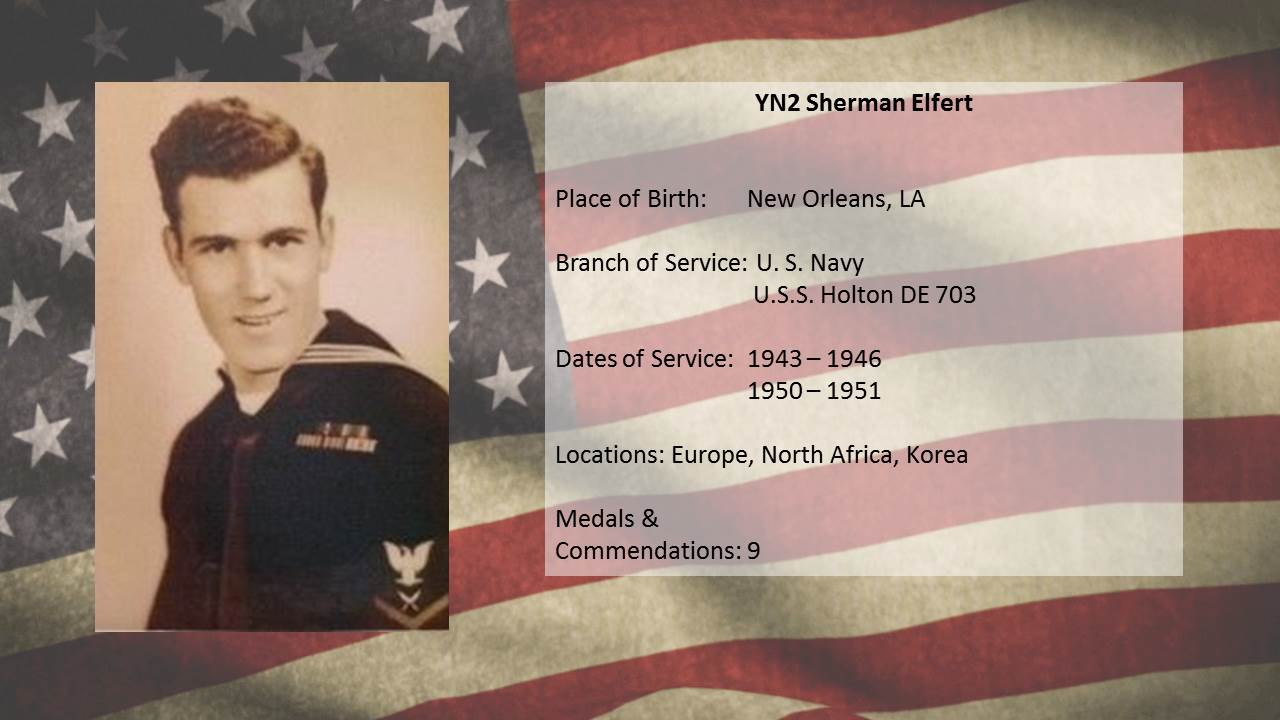 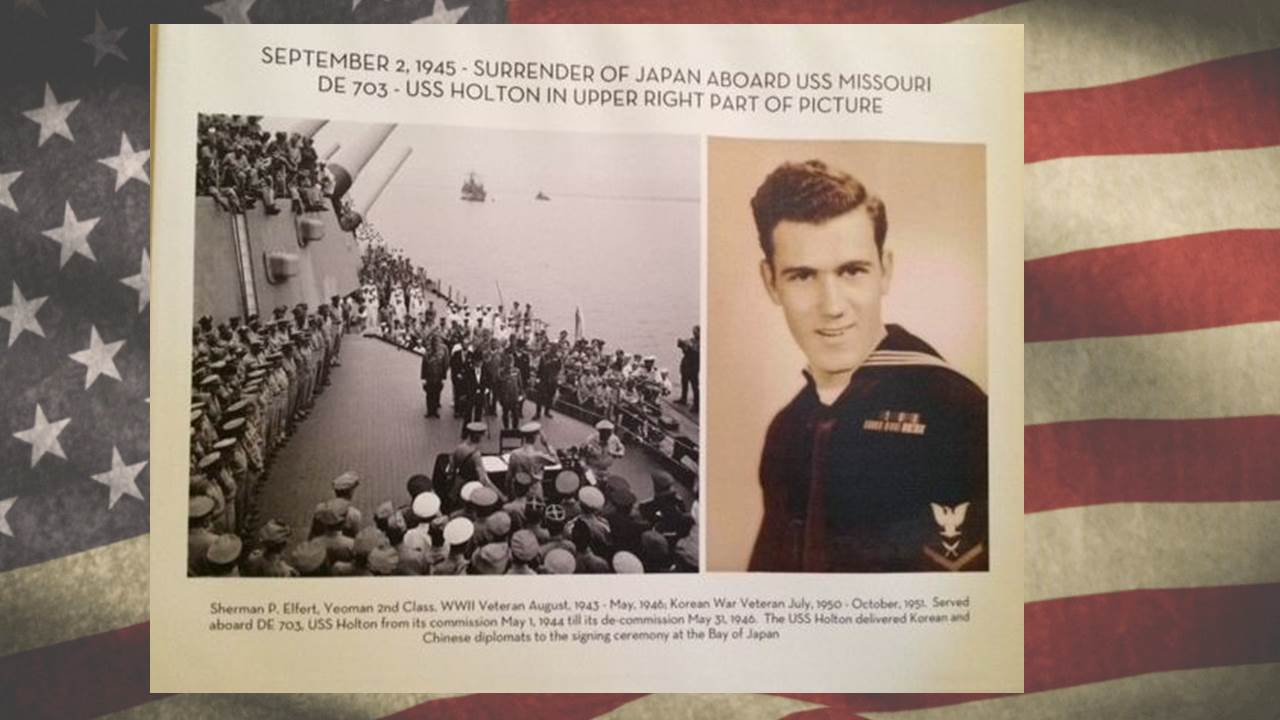