African American literature is characterized by writers of African descent. Different forms of African-American literature came about as early as before the Civil War. The first known African-American piece was written by Lucy Terry and was titled “Bars Fights.” This ballad was written in 1746 after an Indian attack on Deerfield, Massachusetts, where Terry was enslaved. The inspiration for this ballad was Terry’s experience of witnessing the murder of many residents. However, this ballad was not published until 1855. The earliest African American literature written in the United States were noted by the dominance of slave narratives. 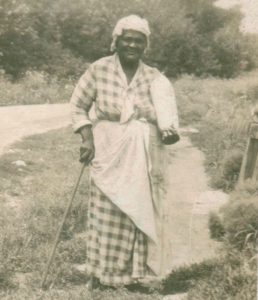 Slave narratives became an important form of literary expression before the Civil War. Slave narratives were mostly autobiographical in nature and gave an account of the person’s experiences, their escape from slavery, and their lives after slavery. Phillis Wheatley, in the late 18th century, was one of the first well-known recognized writers of slave narratives. Wheatley was also the first African-American published author in 1773 with her book, “Poems on Various Subjects, Religious and Moral”. Another author, Olaudah Equiano wrote “The Interesting Narrative of the Life of O. Equiano, or G. Vassa, the African”, which was published in London in the late 1780s. Equiano was born in present-day Nigeria and was taken into slavery when he was eleven years old. Equiano's recollection was unique because he was able to recount his life before the slave trade began in Africa.

Frederick Douglass, a prominent abolitionist gained widespread attention with the publication of his own slave narrative in the 1840's. Douglass’s “The Narrative of the Life of Frederick Douglass was published in 1845. In spite of criticism, his autobiography was an immediate bestseller. Douglass later published subsequent works on his experiences in later publications. In the early 1850's, Solomon Northup’s experiences as a free black New York resident who was later kidnapped into slavery became widely known when he published his memoir, "Twelve Years a Slave." In 2013, this memoir was adapted to create an Oscar winning film, which was also titled "12 Years a Slave." Northup’s experiences revealed his feelings of inadequacy in proving his freedom upon capture, his experiences as a slave in Louisiana, his struggle to prove his status as a freedman, and his efforts to gain his freedom from the status of enslaved. Harriet Jacobs, born into slavery in 1813, was one of the few slaves that was taught to read and write by her slave owner. After the slave owner died, she was treated far worse by the relative of her previous slave owner. After cruel torture and punishment, she eventually escaped to the North and in 1861, published her memoir, “Incidents in the Live of a Slave Girl, written by Herself”, under the pen name, Linda Brent. 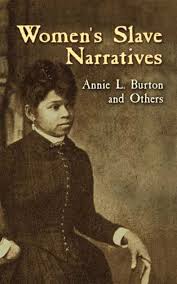 In the late 1930's, field workers from the Federal Writers Project interviewed Americans who had lived as slaves. More than 2,300 people provided information on their lives which was transcribed and preserved as typescripts. “Born in Slavery”, an online exhibit of slaves’ interviews is hosted by the Library of Congress. The online exhibit contains “more than 2,300 first-person accounts of slavery and 500 black-and-white photographs of former slaves.” The PDF version of the narratives can be downloaded for ease of viewing. The online exhibit, “Born in Slavery”, can be found using the link https://www.loc.gov/collections/slave-narratives-from-the-federal-writers-project-1936-to-1938/about-this-collection/., opens a new window

For more slaves’ narratives, check our library catalog for branch location and availability:

Slave Narratives: A Folk History of Slavery in the United States, opens a new window

The Narrative of William W. Brown, A Fugitive Slave, opens a new window

Narrative of the Life of Frederick Douglass, opens a new window

The Life of Frederick Douglass, opens a new window

"Born in Slavery: Slave Narratives from the Federal Writers' Project." Library of Congress, 1936 to 1938.

The cover photo is of William Still’s “The Underground Railroad: A Record of Facts, Authentic Narratives, Letters, &C, Narrating the Hardships, Hair-Breadth Escape and Death Struggles of the Slaves in Their Efforts for Freedom, as Related by Themselves and Others, or Witnessed by the Author."