Post-slavery, African-American authors wrote about the conditions of African Americans in the United States. African-American newspapers were popular venues for essays, poetry, fiction, and journalism. Authors like W.E.B. Du Bois, Booker T. Washington, Marcus Garvey, and others were known for their literary contribution during this time period. However, in the South, the former slaves’ dreams of writing about their experiences as slaves using literature as an art form was stifled by “Jim Crow Laws” which were meant to keep African Americans separate from white Southerners. Hate groups, like the Ku Klux Klan, struck fear and terror in the lives of African Americans through cross burnings, lynchings, and other intimidation methods to suppress and terrorize the newly freed slaves. 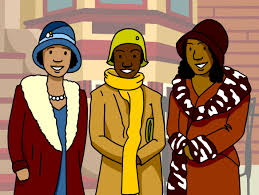 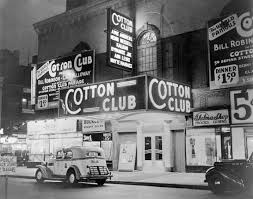 The Harlem Renaissance, an intellectual, social, and artistic explosion of the 1920's, was influenced by writers who migrated north in the Great Migration from the South and immigrants from Jamaica and other Caribbean Islands. The Harlem Renaissance was mostly centered in Harlem, Manhattan, and New York City. Also, with the Harlem Renaissance, came a sense of acceptance for African-American writers into mainstream America. The Harlem Renaissance focused on the arts, including poetry, prose, painting, sculpture, jazz, swing, opera, and dance. Writer, Langston Hughes, called it an "expression of African Americans expressing themselves as well as a chance to assert their civil and political rights that were stripped from them in the South". Some notable figures of the Harlem Renaissance are Langston Hughes, W.E.B. Du Bois, Marcus Garvey, Cyril Briggs, Walter Frances White, Josephine Baker, Paul Robeson, Aaron Douglas, Augusta Savage, Louis Armstrong, Count Basie, Eubie Blake, Cab Calloway Duke Ellington, Billie Holiday, Ivie Anderson, Fats Waller, Jelly Roll Morton, Zora Neale Hurston, and Jean Toomer. 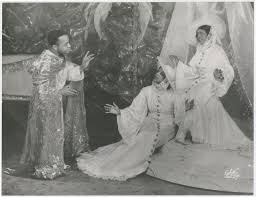 Harlem, the largest bustling epicenter of African Americans, became the center of the Harlem Renaissance due to African American owned publishing houses, newspapers, music companies, playhouses, nightclubs, and cabarets. The literature, music, and fashion in this period brought attention to both black and white Americans, who were considered “cool” among those accepting of the culture, and drew attention from other parts of the world. The Harlem Renaissance came to a startling halt with the Stock Market Crash of 1929, and the subsequent Great Depression. African American businesses and theatrical companies were forced to close for lack of financial support.

Even though the Harlem Renaissance came to a halt, the voices of African Americans during that time period left a lasting mark on history and encouraged future African American generations to voice their literary expressions in various art medium. The Harlem Renaissance was also noted for its strong impact on the spirit of self-determination, pride, social consciousness, and political activism which provided the foundation for the Civil Rights movements of the 1950's and 1960's.

To read more about the Harlem Renaissance, check our library branches for these titles:

Women of the Harlem Renaissance, opens a new window

On the Shoulders of Giants, opens a new window

Remember Me to Harlem, opens a new window