The Harlem Renaissance gave new expression to African American authors and led to a renewed expression of self-identity and social consciousness. At the turn of the 20th century, literary works that contained fiction, as well as non-fiction by African American authors were written on how to confront racism. During the Civil Rights Movement, the focus of African American literature was on racial segregation and black unity. Among many factors that led to the Civil Rights Movement was the rise of black consciousness and the impact of World War II among African Americans. The desegregation of troops during World War II ordered by President Truman led to feelings of self-worth and self-identity. The monumental case, Brown vs Board of Education of Topeka, Kansas (1954) stated "separate but equal" educational facilities are unconstitutional and ordered the desegregation of American public schools with "deliberate speed". 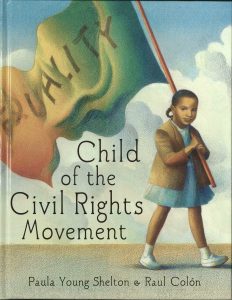 In the midst of the Civil Rights Movement were protests, sit-ins, and demonstrations to upturn segregation.  Jim Crow laws were still prevalent during the 1950's and 1960's. African American writers wrote to express feelings of self-worth, and importance of African Americans in society. Many protests came about with the Civil Rights Movement and were met with painful consequences. In spite of severe consequences, African American writers continued to write about the unfair conditions for black people in American society and the need for equality among all races. James Baldwin, a noted author of this period stated "it is astonishing that in a country so devoted to the individual, so many people should be afraid to speak". Baldwin's novel, Go Tell It On the Mountain, was an important work during this time and discussed race and racism more than his other works . Another author, Ralph Ellison wrote The Invisible Man, which confronted the social invisibility of the black people in America. Another noted author during this period whose works are still popular is Richard Wright. His novels include Uncle Tom's Children, Native Son, and Black Boy that spoke of the experiences of African Americans and are considered classic reading, some are assigned readings at schools. 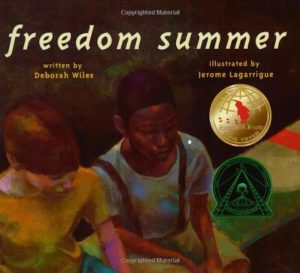 African American poets also expressed their feelings of discomfort with inequality and the conflicts of the Civil Rights Movement in their poetry. Some notable poets during this time are Gwendolyn Brooks, Margaret Danner, Langston Hughes, Robert Hayden, and many others.  A notable play, "A Raisin in the Sun" by Lorraine Hansberry addressed segregated housing policies during this time in history and was the first play by an African American woman to reach Broadway. Many writers, poets, and playwrights during this time wrote to generate feelings among African Americans of self-worth, self-pride, and political activism.

For more books on African American Civil Rights literature, check our catalog for availability and branch locations of the following items:

If A Bus Could Talk, opens a new window

Preaching to the Chickens, opens a new window

Brown V. Board of Education, opens a new window 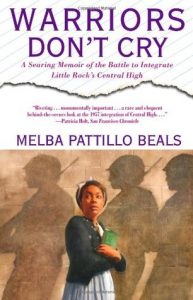 Afro-American Literature in the Wake of the Civil Rights Movement. https://core.ac.uk/download/pdf/18587161.pdf