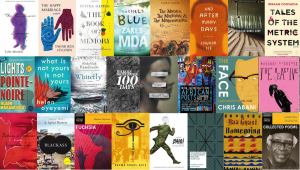 One particular aspect of African American literature that has drawn controversy is urban fiction. Urban fiction is unique because the  story is set in highly populated African American communities in large urban cities that are often plagued with detrimental issues such as poverty, substance abuse, prostitution, teenage pregnancy, and single parenting. Characters in urban fiction often use language that is considered profane and vulgar to some, but authors typically use the language to help portray the realistic environment and issues that the characters are experiencing. However, many people do enjoy urban fiction as it portrays urban life.

If you're interested in reading contemporary African American literature, here's a sampling of titles! Check our branches for location and availability:

One House Over, opens a new window

The Hate U Give, opens a new window

Roll of Thunder, Hear My Cry, opens a new window

On the Corner of Hope and Main, opens a new window