Lacombe, land of dense pines, oaks, and marshy bayous was home to the Acolapissa and Choctaws before the first Europeans settled on the soils of St. Tammany Parish. One writer wrote that the Acolapissa and the Choctaws were so closely related, it was hard to tell the two tribes from each other. Legend pertaining to the Indian settlement in this area believes that the Indians migrated to this area to escape persecution, extermination, and slow death from starvation. 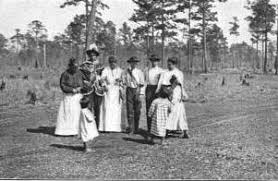 Much of the history of the town of Lacombe is shrouded in mystery and many stories are circulating on the origin of the town’s name and the date. Concerning the naming of the town of Lacombe, one theory is a Frenchman by the name of Rousseau et La Combe came by schooner from Lake Pontchartrain up the bayous to the area of Lacombe. La Combe was looking to set up a base of operations for his business of supplying charcoal to the new French colony of Nouvelle Orleans. Another theory concerning the town’s name is Lacombe is the Choctaw’s name for the bayou located there, Bayou Lacomb was called by the Choctaw butchu’wa, or “squeezing”. The settlement of Lacombe was known by the same name as the bayou.

Also, the established date of the town has many theories. In the census of 1722, records of Rousseau et La Combe listed La Combe, one associate and a woman living in Lacombe. The Choctaws were also living in the area in the early 1700s. Some point out that the Choctaws were living in Lacombe before the first Europeans settled the area. Another source stated that Lacombe was not settled until 1813. Still another source states that Pierre le Moyne Sieur d’Iberville and four Canadians visited the area of Lacombe in 1699. 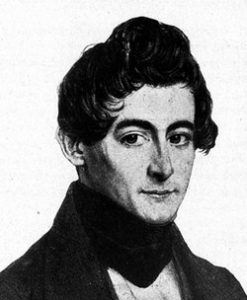 Pere Adrien Rouquette, a notable Lacombe figure, (1813-1887) made a huge impact on Lacombe’s history. Rouquette’s grandfather married a girl from an old French family living in the town who was also part Indian. As a boy, Rouquette used to go to Lacombe to visit his grandmother, but mostly to play with many of the Indian children. As he grew up, Rouquette learned the language, customs and games of the Choctaws. When he was a young man, he found his love among the Choctaw maidens. When his family found out that he wanted to marry her, they sent him to France to separate the young couple. When he finished his studies at the French university, he returned to Lacombe only to find that his love had died from pining away for him. Rouquette was so touched by her devotion that he decided to become a priest and lived among the Choctaws as a missionary. His devotion to the Choctaws was recognized and praised by them and they gave him the name “Chahta-Ima” which means “like a Choctaw”. He had a heart as “big as Okwata” or the great lake nearby. Surely, no one loved this area or the Native Americans living there as much as Pere Rouquette. 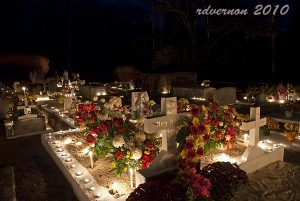 The Blessing of the Graves that originated in the early days of the Roman Catholic Church continues as an annual tradition in Lacombe on All Saint’s Day. Lighting of candles, placement of flowers, and remembrance of loved ones are traditions of the ceremony that are carried from one cemetery to another. In “The Light of the Dead: A Lacombe Tradition”, sources state that French Catholics brought the custom from Europe. Others say it came through the Benedictine Fathers from St. Joseph’s Abbey. Still others vaguely fit the custom back into the old annual Choctaw “Feast for the Dead”. According to the book, “Pere Rouquette Day Lacombe” during the Feast for the Dead at sunset “the Indians would disperse in the woods, build small fires, and sit and wail until mid-night. While the lamentations were going on, twelve Indian women prepared the banquet at 12 open fires. At midnight, all returned from the woods, and a banquet followed ritual dances. Rouquette stated that the Feast was “most impressive and most eerie”.
Another historic notable feature of Lacombe is Fish Hatchery Road. Fish Hatchery Road has a tree that grew upside down and was in an issue of Ripley’s Believe It or Not. Yet another historic fact is that Lacombe was the site of the Battle of Lake Pontchartrain, the only naval battle between the British, American colonists, and the Spanish during the American Revolution.
In an interview with Lacombe native, Ms. Hilda Streck, she recalled the earlier days of Lacombe when her dad, John H. Davis purchased land and donated it to the New Orleans Great Northern Railroad for right-of-way. In 1909, the first passenger train made its way to the Lacombe area. She stated that a platform was built for loading and unloading of passengers. Later, a train depot was built with a ticket agent assigned for collecting money for tickets to board the train. In her recollections, she stated there was a general merchandise store in 1910 owned by H.J. Bockenhagen that was located a short distance from the now Dunaway market. There was also a shoemaker, shoe repair shop, Oaklawn Land and Development Company, and the Davis-Wood Lumber Company.

At one time, Lacombe had three schools, four churches, three recreation halls, an anti-tubercular camp, a coffin factory, pine oil plant, cigar factory, box factory, and tar pits. In the 1920s, the resourcefulness of Isom H. Keller and A.A. Streck lead to the lamplight illumination of incandescent globes of the schoolhouse that was also used for festivities for the residents. At the time, CLECO was not a part of the illumination, however, these incandescent globes brought light to Lacombe with the changing of bulbs before each occasion.
Current attractions in Lacombe include the Bayou Lacombe Rural Museum, Mount Carmel and the Blessing Place, Our Lady of the Lourdes Shrine, Cousin Plantation Home, Huey P. Long Fish Hatchery. The Fish Hatchery was originally land donated by John Henry Davis for, “consideration of, advancement of, and welfare of, interest of Parish”. Lacombe also has established restaurants that are renowned, such as La Provence and Sal and Judy’s. 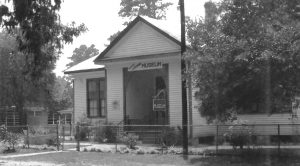 The Bayou Lacombe Museum was once a school in 1912 that was built and donated by John Henry Davis. An article stated the Museum was “the oldest schoolhouse in St. Tammany Parish”. In 1976, it was dedicated as a museum during the Bicentennial celebration. The museum is the cultural center of Lacombe with Native American folks, crafts and art. Lacombe is recognized for its annual crab festival, Mardi Gras parades, All Saints Day Candle Lighting Ceremony, and Native American Exposition.