The town of Madisonville with its picturesque waterways sits handsomely on the west bank of the river, Tchefuncte, which rises and runs into Lake Pontchartrain. Madisonville was chosen by the agents of the U.S. Navy Department for repairing and building of small vessels of war during the War of 1812. By 1814, Madisonville had two shipyards, including a U.S. Navy facility two miles above Madisonville.

Since many of the prominent businessmen in the area had talents in shipbuilding, numerous shipyards were built and maintained during the 1900s. The last shipbuilding company, formerly named Equitable, then renamed Trinity ceased operation in 2015. 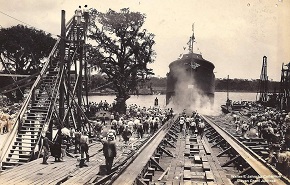 Madisonville experienced a large amount of river traffic. Besides, shipbuilding, Madisonville was an important port for providing bricks and other products to the towns along the Tchefuncte River to New Orleans in the decades before the American Civil War. River traffic was also increased in 1813 by the transfer of mail by boat to an oak tree located near the river in Madisonville, known as Post Oak. Because of the large amount of river traffic, it was decided that there was a need for a lighthouse to safely guide ships and other water vessels through dangerously shallow waters near the Northshore and to the ship channel and safely into the river. Construction of the Tchefuncte Lighthouse began shortly before 1837 and was finished in 1838. The original lighthouse lasted until 1857, then it was rebuilt. 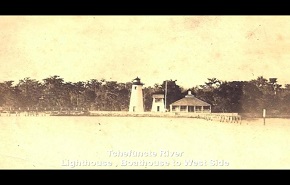 The Zephyr was launched in 1847 and was seized after the capture of New Orleans and used as a dispatch boat. After the war, she was named The Camellia. Several years later, she was rebuilt and called The New Camellia. Many trips on The New Camellia were made back and forth across the lake, carrying passengers and mail. She was also the last of the boats to carry mail before the railroads took over. She became unseaworthy after several years and in 1920, she sank in the Tchefuncte River. 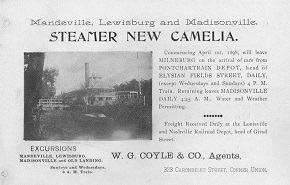 The town of Madisonville has a drawbridge that allows traffic to pass safely over the Tchefuncte River. Since there were no bridges in the area until 1936, ferries made several trips across the river. Two ferries were noted during this time, one upriver, and the other in the present day location of the drawbridge. The upriver ferry needed ferry workers to hand-pull the ferry across the river and since there were no railings on this ferry, many tragic mishaps occurred and were reported as unfortunate news in the St. Tammany Farmer, the local newspaper. 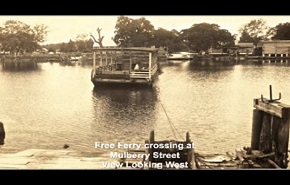 A number of shipyards remained even after the War of 1812 because Madisonville was known for its craftsmanship in shipbuilding. Another great expansion of shipyards in Madisonville occurred during World War I, which also led to a population increase in the town. Estimates of the population around this time were 4,000 people mainly as a result of the great number of workers in the shipyards. Hotels and lodgings were maintained to provide housing accommodations for the large number of workers in the shipyards. 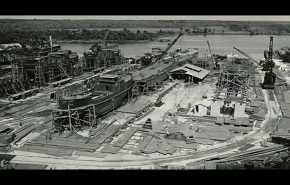 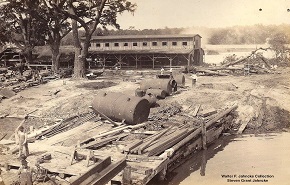 And let's not forget all the men who toiled greatly in the numerous shipyards working for hours to finish these wonderful ships. 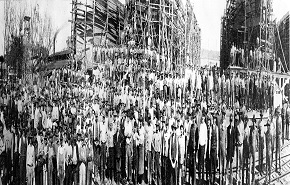 There were other boats built for transporting passengers across the river. The steamboat, Madisonville, was built in Madisonville for Theodore Dendinger, Sr. It carried freight and passengers between New Orleans and Madisonville until the mid-1930s. 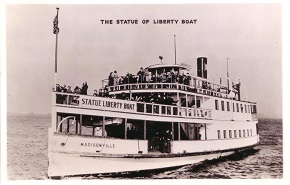