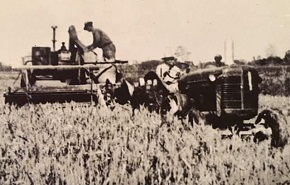 Another important agricultural industry in Madisonville was strawberry harvesting.  During the time between World War I and II, the strawberry industry developed around the Madisonville area. Many laborers worked long hours in Madisonville's strawberry fields, among dense grounds, while carefully avoiding insects and snakes to pick the bountiful strawberries. 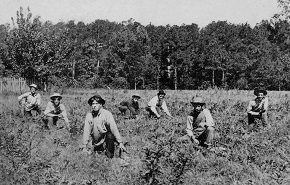 Lumber was a big industry in Madisonville, as well as most towns of St. Tammany Parish. Around 1850, Abraham Penn had a sawmill on the Tchefuncte River above Covington. Other owners of sawmills were Moses Moore, Joseph Oulliber,  and John P. Cogin. In 1866, the largest lumber company in Madisonville was owned by Henry Heisser, a native of Hamburg, Germany who started a mill on the east side of the Tchefuncte River, in the site of present day, Covington Country Club.  In 1878, his son, Charles Heisser moved the sawmill south of the cemetery on the Tchefuncte River in Madisonville. The saw and planing mill manufactured wagons, broom handles, plugs, pickets, lath and all kinds of work in iron and wood. 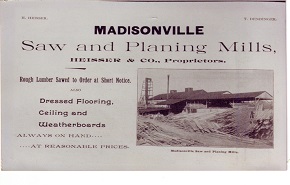 In 1871, Theodore Dendinger, a native of New Orleans born to German parents and trained in the baking trade, opened a bakery, and later a mercantile store in Madisonville. Dendinger was also known for his many contributions to the town and to the Catholic church. In 1919, the Dendinger family contributed greatly to the building and furnishings of the Catholic church in Madisonville.  The church was given by the Dendinger family in memory of Catherine Dendinger, Theodore's wife and was named St. Catherine's (of Alexandria). 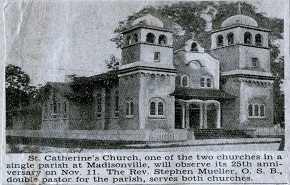 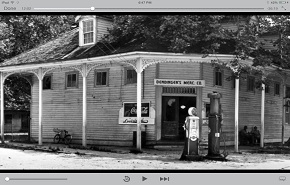 The Old Madisonville Bank building has a long history as many businesses--a bank, a barroom, an art gallery, a hospital, the local doctor's office and the parish library branch--and currently houses the Madisonville Police department. The building was built in 1906. During the course of its time as a bank, there were $30,000 in deposits in 1907. Theodore Dendinger was president of the bank. In 1907, the Hammond Sun reported the following businesses in Madisonville: Theodore Dendinger's Saw and Planing Mill, shipyards owned by the Chas. Oulliber Bros, V.P. Baham and Ernest Lee Jahncke, the Madisonville Bank, the Madisonville Ice Manufacturing Company, two livery stables, two butcher shops, a drug store, the Ideal Drug Store, hotel, and five or six merchantile businesses. 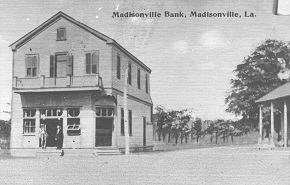 Lydia Morgan was the first known schoolteacher in Madisonville. Her father, David R. Morgan erected a one-room school on his property. In 1880, Lucy Perkins began teaching school in Madisonville. Later, in 1886, three teachers were noted in the area, Bertie Russ at the Madisonville school, Lucy Perkins at the Koepp school and Harriet Rodriguez at the school for African-Americans. In 1895, Madisonville had four schools and the class term changed from three months to nine months. 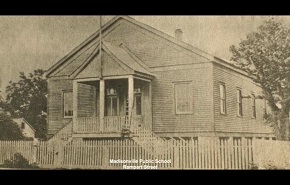 Madisonville's first junior high school was built at the river end of Cedar Street and included a library and chemistry laboratory opened in 1918. The school had an enrollment of 22 pupils in the 8th grade and 9th grade during the 1918-1919 school year. 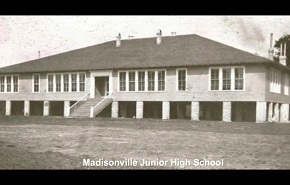 Madisonville, a quaint town along the riverbank of the beautiful Tchefuncte River, still maintains its small town charm, along with many successful businesses and many well-known restaurants specializing in tasty seafood entrees. Annual festivals draw crowds of people to the area to experience the lingering traces of past generations who walked the same grounds and to experience the ambience of a town bustling with seafaring history.