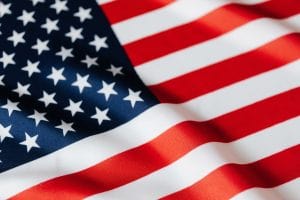 In the United States of America, we celebrate July 4 as a reminder of the pivotal moment when the thirteen colonies declared independence from Britain, resulting in the birth of our country. In the aftermath of the conflicts in continental America, including the massive Seven Years War (French and Indian War), Great Britain controlled much of the American territory, which included the thirteen colonies. To pay for the costly wars and fund the British Army stationed in the territory, the British government decided to imposed different taxes on the American colonies over the next several years. The colonists rebelled against several attempts to levy taxes, including the Stamp Act of 1765; the Declaratory Act of 1766, which stated that Parliament held the right to legislate for the colonies and inferred that this right included taxing the colonists; and the Townshend Acts of 1767, which taxed numerous imported goods.

These taxes sparked outrage among the colonists in the territory. The colonists protested and fought back against the taxes with their slogan “No Taxation Without Representation.” What followed included a slowly escalating conflict between the colonies and the British government over the next ten years. Notable events during this time included the Boston Massacre, a protest that led to British forces firing on colonists, killing five, and the Boston Tea Party, a protest in which colonists dumped tea in the Boston Harbor in response to the Tea Act of 1773. Following these events, the British government pushed back hard through several punishing laws on the colonies which the colonists called the Intolerable Acts. Conflict grew into full scale conflicts between the colonial militias and the British forces, including the battles of Lexington and Concord. Even though the Congress had not yet adopted a resolution of independence, the American Revolution had already begun.

As these tensions grew, many colonists formed the Continental Congress to discuss what to do with the situation. The Continental Congress includes many famous names in American history, including Samuel Adams, John Hancock, Benjamin Franklin, John Adams, and Thomas Jefferson to name a few. At first, the delegates sought a way to resolve the issue peacefully, but these efforts ended in failure. Eventually talk turned towards declaring independence. Even with the escalating conflicts, the debate over declaring independence was fierce. Eventually, the motion of independence, introduced by Richard Henry Lee of Virginia, carried enough votes to create a draft of a Declaration of Independence, which many of us know Thomas Jefferson wrote the initial draft of this pivotal document. Even with the plan to write the declaration, debates continued to surround the discussion of independence, including debates about what to include in the document and even some delegates still loyal to British rule debating whether or not to pursue independence. Eventually, on July 2, 1776, the Continental Congress passed Lee’s resolution of independence. They did not ratify the Declaration on this date as the exact wording of the Declaration was still under debate. The official adoption of the Declaration of Independence took place two days later on July 4, 1776, with the president of the Continental Congress, John Hancock, signing the document. One misconception about this moment in history is the belief that all the delegates signed the document on this date. However, many historians believe that many delegates signed the Declaration of Independence not on July 4 but on August 2, 1776.

Regardless of the debates surrounding the details concerning the Continental Congress approving independence and the signing of the declaration, July 4, 1776 remains a crucial date in American history. Historians have analyzed the events and conflicts leading up to the birth of our nation. Artists and writers have brought many works depicting these notable moments into our culture. To this day, the country still celebrates July 4 as a national holiday by hosting events, celebrations, and even fireworks shows around the country.

To learn more about the events leading to the colonies declaring independence from Britain and the leaders involved in this pivotal time in history, check out the following sources:

Check out these sources to learn more about the historic moments in colonial America leading the colonists to rebel against British rule and declare independence, resulting in the birth of the United States of America.

Please Note: In order to bring you new and interesting titles, Hoopla content is updated monthly, and this title may not be available in the future. To find the latest titles, please visit Hoopla, opens a new window.