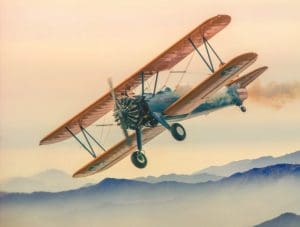 Ever since mankind saw birds take to the sky, they have wondered about the joy of flight, the ability to defy gravity, and how to take to the air themselves. It would take many centuries, and many failed attempts, before mankind finally achieved flight. Today, flight is an integral part of the economy and infrastructure, and planes are used for a variety of activities such as carrying cargo for shipments, deploying troops for military purposes, and even commercial flights for the everyday person to travel long distances. Flight can even be used for entertainment and recreation, including activities like skydiving and airshows where stunt pilots pull off maneuvers and tight formations with high speed planes. Flight demonstrations are also part of aviation and flight entertainment. Currently, one of the most notable flight squadrons is the United States Navy Blue Angels. With flight such an integral part of our society, it is difficult to imagine that man has only achieved controlled flight for over 200 years. 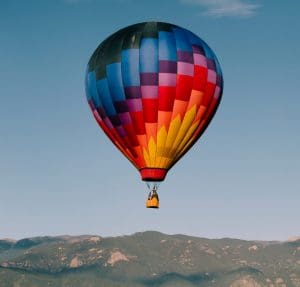 November is recognized as Aviation History Month to celebrate the anniversary of the beginning of controlled aviation. While many have experimented with flight, including the use of kites and balloons, aviation truly began for mankind with the success of the French brothers Joseph Michel Montgolfier and Jacques Etienne Montgolfier. In November 1782, these brothers began their aeronautical experiments which led to the invention of their hot air balloon. By late 1783, the Montgolfier brothers achieved numerous firsts with ballooning, including the first unmanned balloon flights; a flight featuring a sheep, a duck, and a rooster as passengers; as well as the first confirmed piloted ascent by man, featuring Jacques Montgolfier in a successful tethered test flight. Their success paved the way for more balloonists to take to the sky, including the 1785 crossing of the English Channel made by French balloonist Jean-Pierre Blanchard and American physician John Jeffries. These successes would lead to the rise of aviators and aeronautical engineers to improve on flight, even leading to the invention of the airplane. 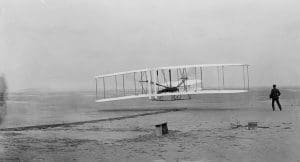 In the United States, most of us are familiar with the stories of the engineers that developed the airplane and the aviators that made several accomplishments with the airplane. Such stories include the invention of the airplane by Orville and Wilbur Wright with their successful flight in 1903 near Kitty Hawk, Charles Lindbergh's solo flight over the Atlantic Ocean from New York to Paris in 1927, and the skills and mysterious disappearance of Amelia Earhart. However, other aviators from Europe and Australia have also made their mark on aviation history. Such aviators include French pilot Louis Blériot who won the race to cross the English Channel by plane in 1909, British pilots John Alcock and Arthur Whitten Brown who completed the first nonstop transatlantic flight by crossing the Atlantic from Newfoundland to Ireland in 1919, and the Australian pilots Sir Charles Kingsford Smith and Charles Ulm who made the first transpacific flight by crossing the Pacific Ocean from the United States to Australia in 1928. These events are only a few examples of the numerous stories surrounding aviation history.

Take a look at the following sources for more information about the history of aviation and the people who are responsible for developing flying machines.

Check out these sources for information about the inventors and aviators who developed the balloons, airplanes, and other flying machines that were created throughout aviation history.