This is part two of a two-part series on Camp Hygeia. Read part one here, opens a new window. 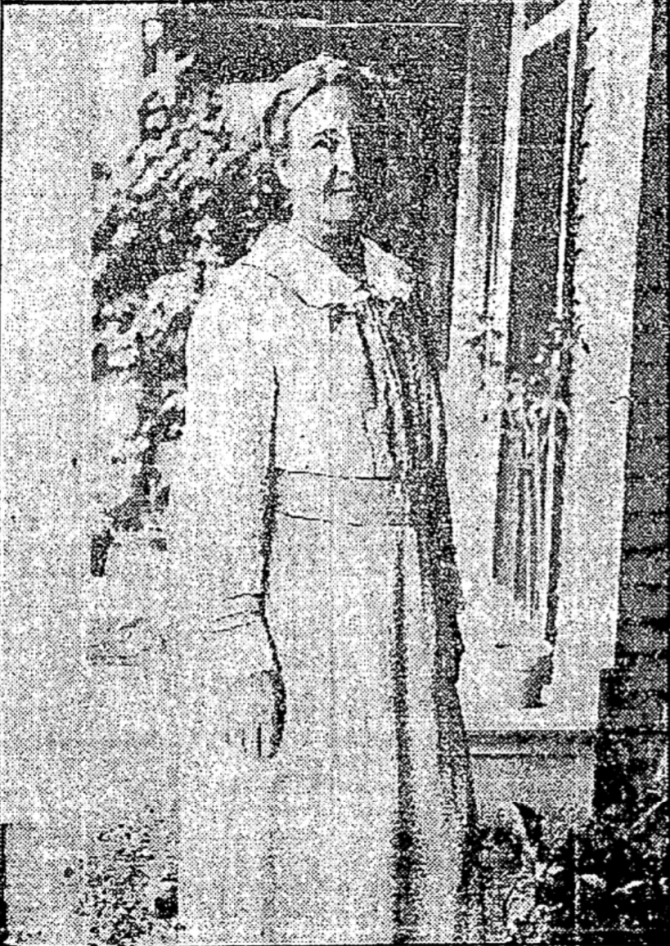 The day-to-day success of Camp Hygeia, and the recovery of tuberculosis patients, was largely due to one woman known as the "Angel of Hygeia". Clara Fromherz was the superintendent of the 50-bed camp, and its sole nurse. She was described by the New Orleans Anti-Tuberculosis League founder Kate Gordon as "having the most expressively benign countenance she [had] ever seen."

Clara Fromherz was born on February 27, 1869 to Peter Fromherz, a carpenter, and Johanna Henle Fromherz, a homemaker. Clara was the oldest sibling, with four brothers and one younger sister. They lived together in the family house at 3935 Chestnut Street in New Orleans, which by 1900 was owned outright by Peter.

Clara graduated from Touro Infirmary in their first cohort of nurses. After her graduation, she worked privately for wealthy New Orleanians as a "family nurse". This was lucrative work, and led to a high-paying job offer: chief of staff for the Touro nursing department, which paid $250 a month. She turned down the job offer, and left her New Orleans families, in order to work with Kate Gordon in the fight against tuberculosis. According to a 1928 Times-Picayune article, Kate Gordon became aware of Clara when she made an emergency call for a dying 14-year old girl. The doctor could not be reached, but Clara stayed with the girl for 36 hours, and saved her life. This display of commitment and devotion is perhaps what led Clara to be offered the job of opening Camp Hygeia. 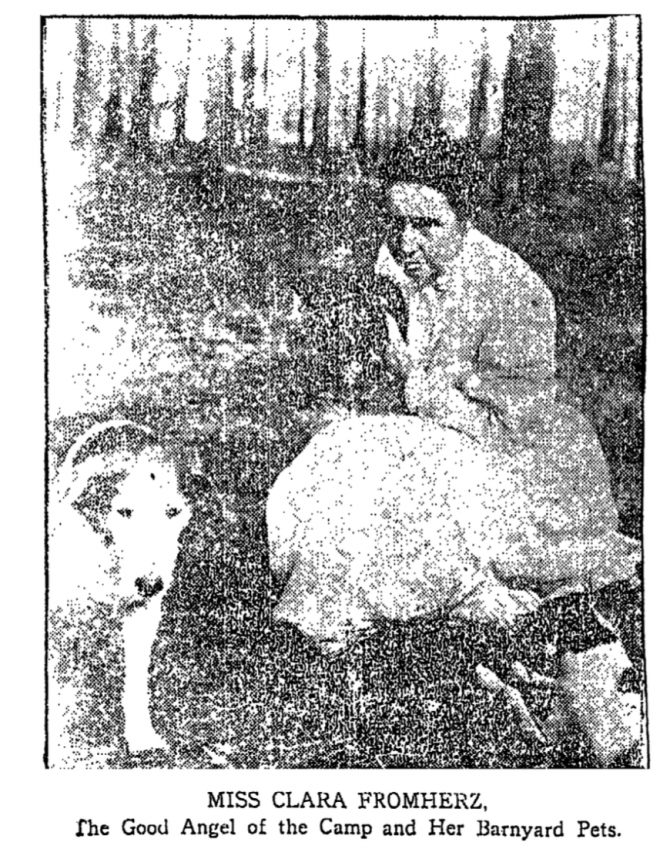 In 1908, she came to St. Tammany Parish to help establish Kate Gordon's tuberculosis camp outside of Lacombe. It was meant to only be a temporary posting: six weeks to get the camp up and running. When the first six week period ended, she stayed for another six weeks, until it was said that "no one ever asked her again how long she was going to stay." For her first three months, she took no pay. After that three-month period, she met with Dr. Otto Joachim, the chairman of the Hygeia committee, and offered to stay indefinitely for a salary of $50 a month. Reportedly, she gave most of this salary away to the impoverished. The camp was officially dedicated in 1910, and given the name Camp Hygeia.

She provided the inmates of Camp Hygeia with four meals a day, helping them to gain 10 to 40 pounds during their stay. As Clara was quoted in saying, "There are times when I am fairly ashamed of them, they look so well." Each inmate was weighed every week, and great attention was paid to his or her diet and sleeping habits. Along with a former patient, Clara tended to the crops grown by the camp. A 1917 article describes her "with hoe or rake busy among the beans and potatoes, or pushing the garden rows, or even plowing with the big horse, Alfred, if occasion arises." 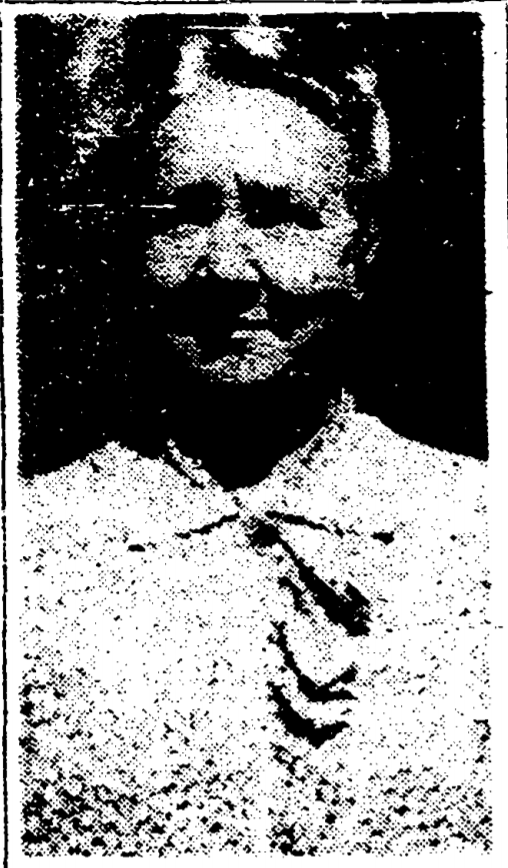 For the children at the camp, Clara put a "big sister movement" in place, ensuring that every child was supervised by one of the other women at the camp. She had a cook, a gardener, and a washerwoman, but was, for the entirety of Camp Hygeia's existence, the only nurse. Although it must have been isolating work, census records show that in 1920 and 1930, her brother Andrew and her mother Johanna were living next to the camp and running a dairy farm.

In 1931, Camp Hygeia was moved to New Orleans to be a wing of the New Orleans Anti-Tuberculosis Hospital in the Gentilly neighborhood, located at 1931 Gentilly Boulevard. She was superintendent of the hospital from that point onward. According to the 1940 census, as superintendent, she oversaw three nurses, one cook, a ward maid, and a table maid. In April 1940, she had 49 patients at the hospital and, when asked by a census enumerator how many hours she had worked the week prior, the response was 84 hours. At the time, she was 71. In 1940, her salary was $1620, or about $30,000 a year when adjusted for inflation.

She served as superintendent until her retirement in 1941, and was living at the family home on Chestnut Street when she died in 1949. She was buried in Metairie Cemetery. Her legacy is evident in the estimated 1,430 patients that she helped to heal from tuberculosis at Camp Hygeia. Clara Fromherz provides a model of commitment, caring, and self-sufficiency that continues to inspire to this day.

All quotes and images, unless otherwise noted, are from the Times-Picayune, accessed via NewsBank.