Leah Chase is known to many Louisianans as the Queen of Creole Cuisine. Chase, a chef and civil rights activist was reared in Madisonville, Louisiana but was born in New Orleans. In many interviews, she stated that her grandmother was a nurse and midwife in New Orleans. Chase’s mother would go to New Orleans for the birth of her children, then return back to Madisonville. 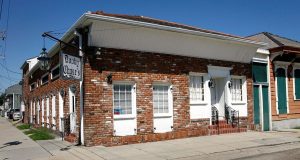 Her father worked at Jahncke Shipyards, a thriving workforce in Madisonville during this time. Since Madisonville was still a segregated town and did not have a Catholic high school for African-Americans, she went to live with relatives in New Orleans during her high school years to attend a Catholic high school in New Orleans. Once in New Orleans, Leah fell in love with the city, people, and diverse culture and decided she wanted to work in New Orleans. In New Orleans, she met her husband, Edgar “Dooky” Chase who was a jazz trumpeter and band leader. She stated in interviews that her husband loved playing music and performing for the crowds, however, her passion was helping her in-laws with their struggling sandwich shop. Under the guidance of Leah Chase, the sandwich shop became an elegant sit-down restaurant. Chase’s vision of a restaurant for African-Americans to sit down in an elegant atmosphere was realized during the time when there were no such restaurants for African-Americans. The restaurant was frequented in the 1960’s during the Civil Rights Movement as a place where people of diverse races held discussions on activism of civil rights in the United States. Chase and her husband 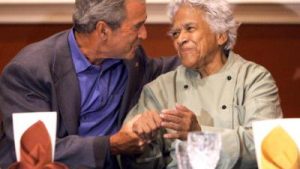 firmly believed in the civil rights movement, despite risks associated with these meetings being held at their restaurant.

Later, Dooky Chase’s Restaurant was visited by former presidents George Bush and Barack Obama who enjoyed a wholesome meal by Chase, along with friendly conversation. Many famous celebrities also entered the establishment to enjoy Leah's good natured charm and a good meal. Many Louisianans enjoyed a great creole meal at Chase's Restaurant and she was recognized as a role model and icon. 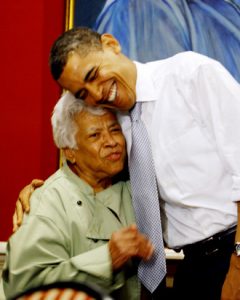 Chase worked in the kitchen for most of her life, even as she aged gracefully, she still found time to enjoy friendly conversations with patrons of the restaurant. Many remember her smile and candid conversations on many topics. Chase had many famous quotes on several topics. Her famous quote on life, "You've got to live life to the fullest. You just enjoy every beautiful thing there is to enjoy," will be remembered for many years. Chase visited Madisonville, her hometown, for a celebration and recognition of her accomplishments. This two-day celebration was held at the Madisonville Branch Library. Parish and library officials, as well as Chase’s family and interested members of the community showed their support of Chase by attending this ceremony in her honor. Former Madisonville Mayor, Peter Gitz, was one of the guest speakers and presented Chase with the “key” to Madisonville.

Chase was born to Catholic creole parents who strongly believed in hard work and practicing the Catholic faith, following the tradition of Creoles families. There are many definitions of Creoles in Louisiana. Some refer to Creoles as people born in Louisiana during the French and Spanish rule, rather than another country. Another definition refers to Creoles as those of native France. Still another definition of Creoles are people of Haitian or French dominated islanders, often referred to as Creoles of Color, or simply Creoles. Despite the controversy over the definition of Creoles, the common factor is that Creoles are mostly of French or Spanish descent and typically Catholics. Creoles have their own cuisine and many dishes have the word, creole in the title. Creole recipes, typical of the blending of cultures of Louisiana, have the influences of many cultures to formulate recipes. Creole cooking blends French, Spanish, West African, Haitian, German, and Italian influences into creating Creole meals. Creole households serve gumbo as a festive meal, often served on holidays, special occasions, family gatherings, after church service, and to satisfy a craving at anytime; a gumbo will be simmering in the pot for the family to enjoy.

Besides her Gumbo Des Herbes recipe, Chase had several gumbo recipes. Here is her recipe for Okra Gumbo copied from the Dooky Chase Cookbook by Leah Chase. 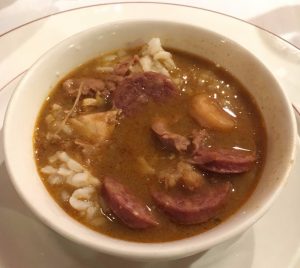 For this recipe, a heavy pot is needed! (I use Magnalite). Heat the pot. Add oil and okra. Heat must be high, as the okra must cook slowly. Stir the okra often, cooking for 20 minutes. Add the crabs, onions, green pepper, and celery. Cook for another 15 minutes. Give this pot a lot of attention or the okra will stick. Okra should be soft (not fried to a crisp). Add tomato paste and stir well. Slowly add the water. Stir in crushed red pepper, cayenne pepper, paprika, garlic, thyme, salt, and bay leaves. Cook for 10 minutes, then add the shrimp and continue cooking for another 10 minutes. Serve over rice. Yield 4-6 servings.
- From The Dooky Chase Cookbook by Leah Chase.

And Still I Cook