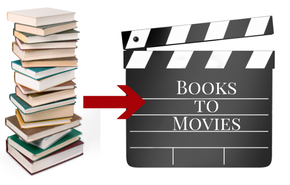 Last week, our librarians Tanya and Shellie had a blast chatting with Charles Dowdy at The Lake 94.7!

In an attempt to stump the librarians, Charles asked what books had been recently made into movies. As will happen, Tanya and Shellie were like deer in the headlights. Shellie did come up with the super well known movie

and the fabulous book

which has a ton of books in the series like

The Adventures of Captain Underpants

Of course they missed a few. Here are some great recently released movies and their books you can find at the library!

The Lost City of Z

The Lost City of Z

Let us know if you have another favorite recent movie based on a great book!