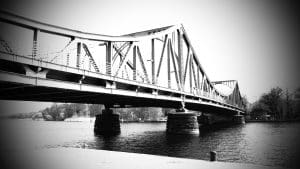 On February 10, 1962, 60 years ago, two men who did not know each other found themselves on the Glienicke Bridge in Germany. The men in question were Gary Powers, a U-2 spy plane pilot for the United States, and Rudolf Abel, a spy for the Soviet Union. Accompanying them were the diplomats for the Soviet Union and the United States with their respective military guards. The men in question were returned to their respective diplomats for their country in the first major prisoner exchange between the two nations during the height of the Cold War.

To understand the significance of the event, we must look at the Cold War itself. Only a few years after World War II ended, the United States and the Soviet Union entered a long period of geopolitical tension as the Soviet Union sought to expand. In response to the Soviet geopolitical expansion, the United States government adopted the Truman Doctrine, the American foreign policy aimed to contain the Soviet expansion and by extension the spread of communism. The Truman Doctrine is the policy that many historians cite as the beginning of the Cold War, the decades long tension between the two superpowers. Throughout this time, the two built up their military forces, including the nuclear weaponry that the Cold War is now infamous for, and were involved in different wars against each other, through conflicts like the Korean War, the Cuban Missile Crisis and the Vietnam War to name a few, but they never entered direct warfare with each other. However, the Cold War is a tale of espionage among the geopolitical tension as the superpowers sought to understand the movements of their rivals and determine their course of action.

Enter the men who were on the Glienicke Bridge that night in Germany. The first, Gary Powers, was a U-2 pilot flying in the Soviet skies when he was shot down. With the U-2 spy plane, the Soviet government accused and convicted Powers of espionage in 1960. On the other hand, when United States officials, including the FBI, were investigating the Hollow Nickel Case, in which a small container disguised as a nickel was found to contain microfilm, the investigation led to the discovery of Soviet agents, including Soviet agent Colonel William Fisher, under the alias Rudolf Abel. As a result, Abel was arrested and tried for espionage. Even with Navy officer and lawyer James B. Donovan defending him after several lawyers refused to do so, Abel was convicted and imprisoned for espionage.

However, the trial would only be the beginning of Donovan's role in the international issue concerning the espionage prisoners between the nations. In 1962, Donovan was the lead negotiator working with CIA lawyer Milan C. Miskovsky to negotiate the release of Gary Powers back to the United States. Eventually, Donovan was successful in negotiating the release of Gary Powers and American student Frederic Pryor for the release of Rudolf Abel. Powers and Abel were released back to their respective countries' authorities on the Glienicke Bridge while Pryor was turned over to American authorities at Checkpoint Charlie, a crossing point in the Berlin Wall.

This now famous prisoner exchange between the Soviets and Americans was the first of several exchanges on the Glienicke Bridge. The exchanges between the nations on this bridge led to the reporters of the time dubbing the Glienicke Bridge the “Bridge of Spies” in their reports of these historic moments. This moment would live on in American culture, with Donovan writing a book about the trial, negotiations, and exchange titled Strangers on a Bridge: The Case of Colonel Abel and Francis Gary Powers, opens a new window among others reporting on the events. This event also provides the basis for Stephen Spielberg’s thriller Bridge of Spies, opens a new window, starring Tom Hanks as James B. Donovan.

The Bridge of Spies prisoner exchange features only a few cases of Cold War espionage on both sides of the conflict. The tale of espionage during the four decades of the Cold War is massive, featuring agents, double crosses, and defections from the Soviets, the United States, and their respective allies. For more information about the Cold War, the tales of espionage during this conflict, and the famous "Bridge of Spies" prisoner exchange, take a look at the sources listed here:

Check out these sources for the story of the famous prisoner exchange over the Bridge, known as the "Bridge of Spies" in 1962 as well as other stories of espionage from the Cold War.