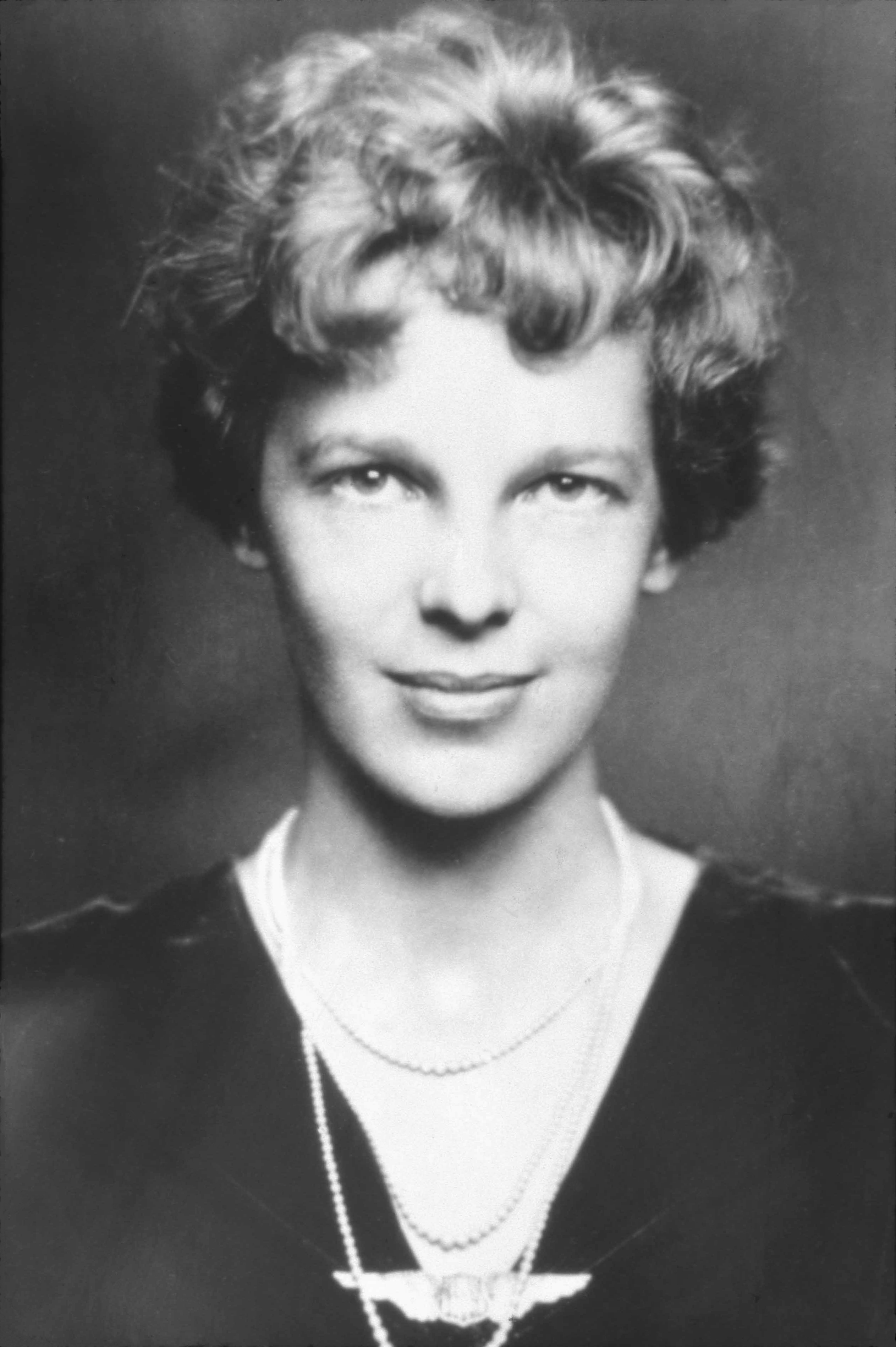 Amelia Earhart was the daughter of Samuel "Edwin" Stanton Earhart and Amelia "Amy" Earhart. She was born in Atchison, Kansas, on July 24, 1897, in the home of her maternal grandfather, Alfred Gideon Otis. Her sister Grace Earhart, was born two years later. The sisters’ upbringing was unconventional since Amy Earhart did not believe in molding her children into "nice little girls". A spirit of adventure seemed to abide in the Earhart children, with the pair setting off daily to explore their neighborhood. In 1914, Earhart's grandmother Amelia Otis died suddenly. The Otis house was auctioned along with all of its contents; Earhart was heartbroken and later described it as the end of her childhood.

During Christmas vacation in 1917, Earhart visited her sister in Toronto. World War I had been raging and Earhart saw the returning wounded soldiers. After receiving training as a nurse's aide from the Red Cross, she began work with the Voluntary Aid Detachment at Spadina Military Hospital. Her duties included preparing food in the kitchen for patients with special diets and handing out prescribed medication in the hospital's dispensary. When the 1918 Spanish flu pandemic reached Toronto, Earhart was engaged in arduous nursing duties that included night shifts at the Spadina Military Hospital. She became a patient herself, suffering from pneumonia and maxillary sinusitis. She was hospitalized in early November 1918, owing to pneumonia, and discharged in December 1918. Chronic sinusitis significantly affected Earhart's flying and activities in later life, and sometimes even on the airfield she was forced to wear a bandage on her cheek to cover a small drainage tube.

In Long Beach, on December 28, 1920, Earhart and her father visited an airfield where Frank Hawks, gave her a ride that would forever change Earhart's life. Amelia once said about the experience, "By the time I had got two or three hundred feet off the ground, I knew I had to fly." After that 10-minute flight, she immediately determined to learn to fly. Working at a variety of jobs including photographer, truck driver, and stenographer at the local telephone company, she managed to save $1,000 for flying lessons. Earhart had her first lesson on January 3, 1921, at Kinner Field near Long Beach. Her teacher was Anita Snook, a pioneer female aviator who used a surplus Curtiss JN-4 "Canuck" for training.

Earhart's commitment to flying required her to accept the frequent hard work and rudimentary conditions that accompanied early aviation training, and she cropped her hair short in the style of other female flyers. Six months later, Earhart purchased a secondhand bright yellow Kinner Airster biplane she nicknamed "The Canary". On October 22, 1922, Earhart flew the Airster to an altitude of 14,000 feet, setting a world record for female pilots. On May 15, 1923, Earhart became the 16th woman in the United States to be issued a pilot's license by the Fédération Aéronautique Internationale (FAI).

One of her most famous trips was her solo transatlantic flight in 1932. On the morning of May 20, 1932, 34-year-old Earhart set off from Harbour Grace, Newfoundland. She intended to fly to Paris in her single engine Lockheed Vega 5B to emulate Charles Lindbergh's solo flight five years earlier. After a flight lasting 14 hours, 56 minutes during which she contended with strong northerly winds, icy conditions and mechanical problems, Earhart landed in a pasture at Culmore, north of Derry, Northern Ireland. As the first woman to fly solo nonstop across the Atlantic, Earhart received the Distinguished Flying Cross from Congress, the Cross of Knight of the Legion of Honor from the French Government and the Gold Medal of the National Geographic Society.

In early 1936, Earhart began planning a round-the-world flight. Although others had flown around the world, her flight would be the longest at 29,000 miles because it followed a roughly equatorial route. In preparation of this trip, in July 1936, a Lockheed Electra 10E was built at Lockheed Aircraft Company to her specifications, which included extensive modifications to the fuselage to incorporate many additional fuel tanks. Fred Noonan was subsequently chosen as a navigator because he had vast experience in both marine (he was a licensed ship's captain) and flight navigation. The first attempt for this journey took place on March 17, 1937, Earhart and her crew flew the first leg from Oakland, California to Honolulu, Hawaii. The flight resumed three days later from Luke Field. During the takeoff run, there was an uncontrolled ground-loop, the forward landing gear collapsed, both propellers hit the ground, the plane skidded on its belly, and a portion of the runway was damaged. With the aircraft severely damaged, the flight was called off and the aircraft was shipped by sea to the Lockheed Burbank facility for repairs. While the Electra was being repaired Earhart and her husband, George Putnam, secured additional funds and prepared for a second attempt. This time flying west to east, the second attempt began with an unpublicized flight from Oakland to Miami, Florida, and after arriving there Earhart publicly announced her plans to circumnavigate the globe. The flight's opposite direction was partly the result of changes in global wind and weather patterns along the planned route since the earlier attempt. On this second flight, Fred Noonan was Earhart's only crew member. The pair departed Miami on June 1 and after numerous stops in South America, Africa, the Indian subcontinent and Southeast Asia, arrived at Lae, New Guinea, on June 29, 1937. At this stage about 22,000 miles of the journey had been completed. The remaining 7,000 miles would be over the Pacific. On July 2, 1937, midnight, Earhart and Noonan took off from Lae Airfield. Their last known position report was near the Nukumanu Islands, about 800 miles into the flight. They were never seen or heard from again. The official search efforts for Earhart, and Noonan lasted until July 19, 1937. Further subsequent search efforts for Earhart and Noonan, or the aircraft, have been unsuccessful to this day. This has caused much speculation and theories about what happened to Earhart, Noonan and their plane. Did they crash into the Pacific, or crash land on one of the many tiny islands in this part of the Pacific? We may never know but if you would like to know more about this extraordinary woman that changed history, please check out our book list.

A book list dedicated to this extraordinary woman in history.