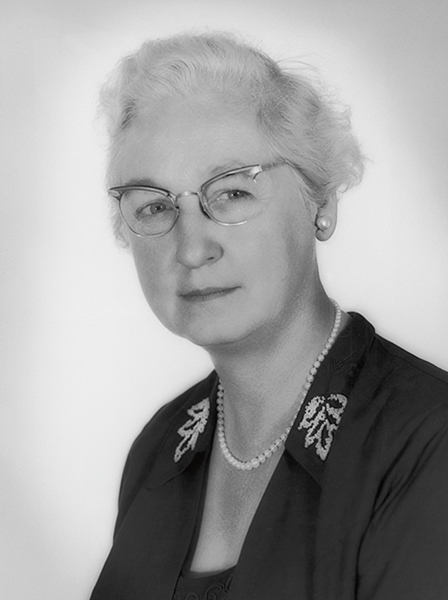 Dr. Virginia Apgar was born on June 7, 1909 in Westfield, New Jersey. She graduated from Westfield High School in 1925, knowing that she wanted to be a doctor. Apgar graduated from Mount Holyoke College in 1929, where she studied zoology with minors in physiology and chemistry. In 1933, she graduated fourth in her class from Columbia University College of Physicians and Surgeons and completed a residency in surgery at P&S in 1937. She was discouraged by Dr. Allen Whipple, the chairman of surgery at Columbia-Presbyterian Medical Center, from continuing her career as a surgeon because he had seen many women attempt to be successful surgeons and ultimately fail. He instead encouraged her to practice anesthesiology because he felt that advancements in anesthesia were needed to further advance surgery and felt that she had the "energy and ability" to make a significant contribution. Deciding to continue her career in anesthesiology, she trained for six months under Dr. Ralph Waters at the University of Wisconsin–Madison, where he had established the first anesthesiology department in the United States. She then studied for a further six months under Dr. Ernest Rovenstine in New York at Bellevue Hospital. She received a certification as an anesthesiologist in 1937 and returned to P&S in 1938 as director of the newly formed division of anesthesia.  She later received a master's degree in public health at Johns Hopkins School of Hygiene and Public Health, graduating in 1959.

During this time, she also did clinical and research work at the affiliated Sloane Hospital for Women.  In 1953, she introduced the first test, called the Apgar score, to assess the health of newborn babies. Apgar Score is a system to determine whether a newborn infant needs special attention to stay alive. In most births at the time, attention was focused on mothers, not the newborns, which resulted in many infant deaths. This simple test, performed in the very first minutes of a baby’s life, measures an infant’s pulse, skin color, activity and respiration very quickly, enabling medical staff to intervene if help is needed. This simple but brilliantly conceived examination has saved countless newborn lives.  By the 1960s, many hospitals in the United States were using the Apgar score consistently.  Even now the score continues to be used to provide an accepted and convenient method for reporting the status of the newborn infant immediately after birth.

Apgar’s career shifted again in 1959 when she became a senior executive with the National Foundation-March of Dimes, and spent her time working to generate public support and funds for research on birth defects. She was a spectacular fundraiser and educator of the public, and greatly increased both visibility and attention paid to the problems of birth defects. From 1959 until her death in 1974, Apgar worked for the March of Dimes Foundation. She died of cirrhosis on August 7, 1974, at Columbia-Presbyterian Medical Center. She is buried at Fairview Cemetery in Westfield.