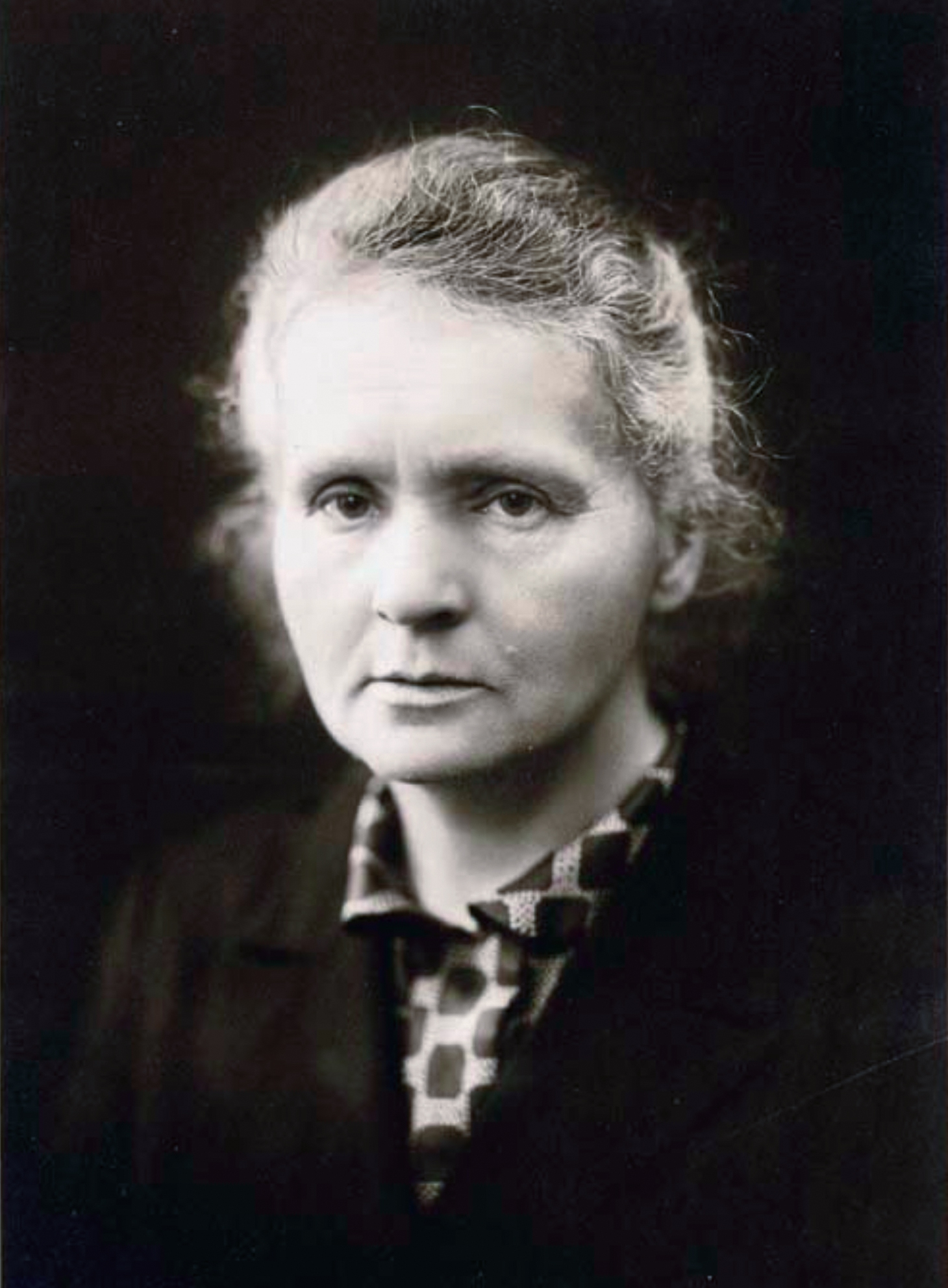 Maria Skłodowska, known as Marie Curie, was born in Warsaw, Poland when it was a part of the Russian Empire, on November 7, 1867. She was the fifth and youngest child of well-known teachers Bronisława, and Władysław Skłodowski. She received a general education in local schools and some scientific training from her father. When Maria was ten years old, her mother died of tuberculosis in May 1878. Less than three years earlier, Maria's oldest sibling, Zofia, died of typhus. As a teen she became involved in a students’ revolutionary organization and found it prudent to leave Warsaw, then in the part of Poland dominated by Russia, for Cracow, which at that time was under Austrian rule.

In 1891, she went to Paris to continue her studies at the Sorbonne where she obtained Licenciateships in Physics and the Mathematical Sciences. She met Pierre Curie, Professor in the School of Physics in 1894. Their mutual passion for science brought them increasingly closer, and they began to develop feelings for one another. Eventually Pierre Curie proposed marriage, but at first Skłodowska did not accept as she was still planning to go back to her native country. Pierre, however, declared that he was ready to move with her to Poland, even if it meant teaching French. Meanwhile, for the 1894 summer break, Skłodowska returned to Warsaw, where she visited her family. She was still laboring under the illusion that she would be able to work in her chosen field in Poland, but she was denied a place at Krakow University because she was a woman. A letter from Pierre Curie convinced her to return to Paris to pursue a Ph.D. and in the following year they were married.

Her early researches, together with her husband, were often performed under difficult conditions, laboratory arrangements were poor and both had to undertake much teaching to earn a livelihood. The discovery of radioactivity by Henri Becquerel in 1896 inspired the Curies in their brilliant researches and analyses which led to the isolation of polonium, named after the country of Marie’s birth, and radium. Curie developed methods for the separation of radium from radioactive residues in sufficient quantities to allow for its characterization and the careful study of its properties, therapeutic properties in particular.

She eventually succeeded her husband as Head of the Physics Laboratory at the Sorbonne, gained her Doctor of Science degree in 1903. Following the tragic death of Pierre Curie in 1906, she took his place as Professor of General Physics in the Faculty of Sciences, the first time a woman had held this position. She was also appointed Director of the Curie Laboratory in the Radium Institute of the University of Paris, founded in 1914.

Curie throughout her life actively promoted the use of radium to alleviate suffering and during World War I, assisted by her daughter, Irene, she personally devoted herself to this remedial work. She retained her enthusiasm for science throughout her life and did much to establish a radioactivity laboratory in her native city – in 1929 President Hoover of the United States presented her with a gift of $50,000, donated by American friends of science, to purchase radium for use in the laboratory in Warsaw.

The importance of Curie’s work is reflected in the numerous awards bestowed on her. She received many honorary science, medicine and law degrees and honorary memberships of learned societies throughout the world. Together with her husband, she was awarded half of the Nobel Prize for Physics in 1903, for their study into the spontaneous radiation discovered by Becquerel, who was awarded the other half of the Prize. In 1911 she received a second Nobel Prize, this time in Chemistry, in recognition of her work in radioactivity. She also received, jointly with her husband, the Davy Medal of the Royal Society in 1903 and, in 1921, President Harding of the United States, on behalf of the women of America, presented her with one gram of radium in recognition of her service to science. She died in Savoy, France, after a short illness, on July 4, 1934.