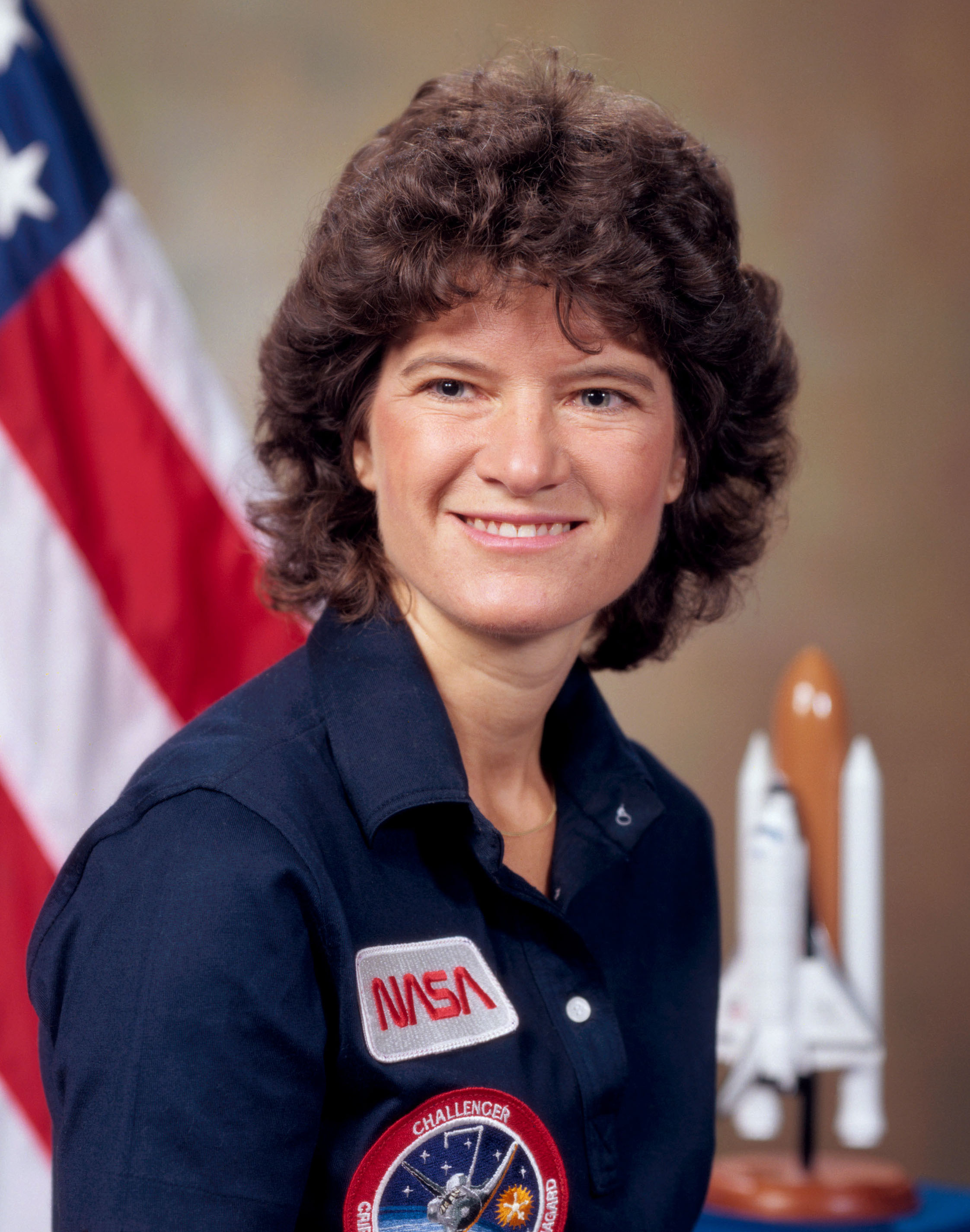 Sally Kristen Ride was born May 26, 1951 in Los Angeles, California. Ride attended Portola Junior High and then Birmingham High School before graduating from the private Westlake School for Girls in Los Angeles on a scholarship. Ride attended Swarthmore College for three semesters, took physics courses at the University of California, Los Angeles, and then entered Stanford University as a junior, graduating with a bachelor's degree in English and physics. At Stanford, she earned a master's degree in 1975 and a PhD in physics in 1978 while doing research on the interaction of X-rays with the interstellar medium. Astrophysics and free electron lasers were her specific areas of study.

She joined NASA in 1978, she was selected to be an astronaut as part of NASA Astronaut Group 8, the first class to select women. She applied after seeing an advertisement in the Stanford student newspaper, and was one of only 35 people selected out of the 8,000 applications. After graduating training in 1979, becoming eligible to work as a mission specialist she served as the ground-based capsule communicator for the second and third space shuttle flights, and helped develop the space shuttle's "Canadarm" robot arm.

On June 18, 1983, she became the first American woman in space as a crew member on space shuttle Challenger for STS-7. The purpose of the mission was to deploy two communications satellites and the first Shuttle Pallet Satellite (SPAS-1), conduct experiments within the cargo bay, and test the TDRS satellite. SPAS-1 was successfully deployed, underwent experiments, and then recollected and brought back to Earth. Part of Ride's job was to operate the robotics arm to deploy and retrieve SPAS-1. Prior to her first space flight, she was subject to media attention due to her gender. Despite this and the historical significance of the mission, Ride insisted that she saw herself in only one way—as an astronaut. Her second space flight was STS-41-G in 1984, also on board Challenger. She spent a total of more than 343 hours in space.

In 1987, Ride left her NASA position in Washington, D.C., to work at the Stanford University Center for International Security and Arms Control. In 1989, she became a professor of physics at the University of California, San Diego, and director of the California Space Institute. From the mid-1990s until her death, Ride led two public-outreach programs for NASA—the ISS EarthKAM and GRAIL MoonKAM projects, in cooperation with NASA's Jet Propulsion Laboratory and UCSD. The programs allowed middle school students to request images of the Earth and moon. In 2003, she was asked to serve on the Columbia Accident Investigation Board. She was the president and CEO of Sally Ride Science, a company she co-founded in 2001 that creates entertaining science programs and publications for upper elementary and middle school students, with a particular focus on girls.

Ride died on July 23, 2012, at the age of 61, in her home in La Jolla, California, seventeen months after being diagnosed with pancreatic cancer.