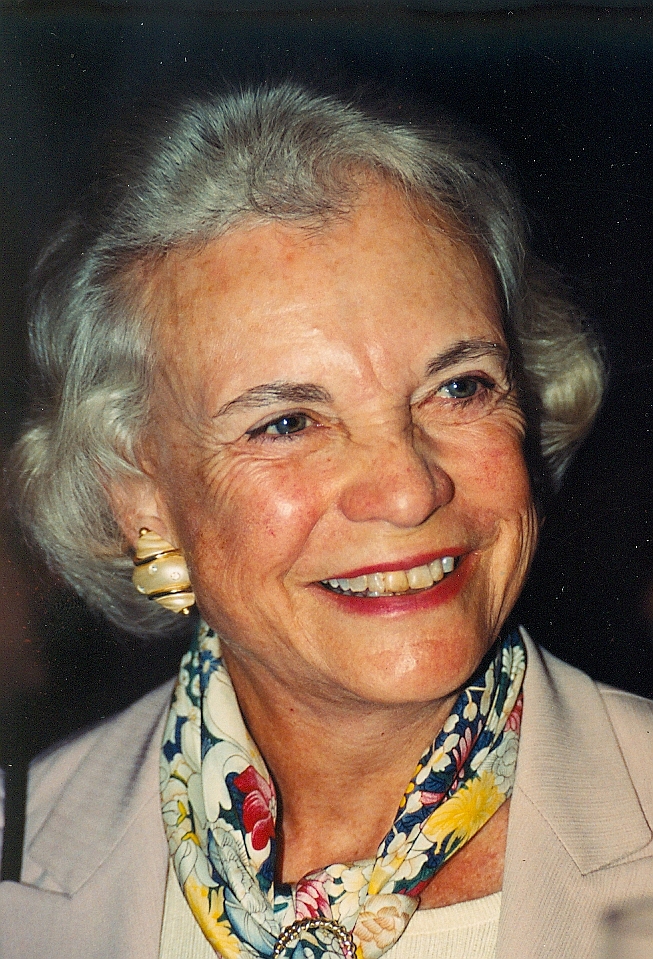 Sandra Day was born in El Paso, Texas on March 26, 1930, the daughter of Harry Alfred Day, a rancher, and Ada Mae. She grew up on a 198,000-acre cattle ranch near Duncan, Arizona. The ranch was nine miles from the nearest paved road. The family home did not have running water or electricity until Sandra was seven years old. For most of her early schooling, O'Connor lived in El Paso with her maternal grandmother, and attended school at the Radford School for Girls, a private school. The family cattle ranch was too far from schools, although O'Connor was able to return to the ranch for holidays and the summer. O'Connor spent her eighth-grade year living at the ranch and riding a bus 32 miles to school. She graduated sixth in her class at Austin High School in El Paso in 1946.

Sandra Day attended Stanford University, where she graduated magna cum laude with a B.A. in economics in 1950. She continued at the Stanford Law School for her law degree in 1952. On December 20, 1952 (six months after graduating from law school), she married John Jay O'Connor III, whom she had met at Stanford Law School. Upon graduation from law school, O'Connor had difficulty finding a paying job as an attorney because of her gender. O'Connor then found employment as a deputy county attorney in San Mateo, California, after she offered to work for no salary and without an office, sharing space with a secretary. She worked with San Mateo County district attorney Louis Dematteis and deputy district attorney Keith Sorensen.

When her husband was drafted, O'Connor decided to pick up and go with him to work in Germany as a civilian attorney for the Army's Quartermaster Corps. They remained there for three years before returning to the states where they settled in Maricopa County, Arizona, to begin their family. They had three sons: Scott (born 1958), Brian (born 1960), and Jay (born 1962). Following Brian's birth, O'Connor took a five-year hiatus from the practice of law.

O'Connor served as assistant Attorney General of Arizona from 1965 to 1969.  In 1969, the governor of Arizona appointed O'Connor to fill a vacancy in the Arizona Senate. She ran for and won the election for the seat the following year.  By 1973, she became the first woman to serve as Arizona's or any state's Majority Leader. She developed a reputation as a skilled negotiator and a moderate. After serving two full terms, O'Connor decided to leave the Senate. In 1974, O'Connor was elected to the Maricopa County Superior Court serving from 1975 to 1979 when she was elevated to the Arizona State Court of Appeals. She served on the Court of Appeals-Division One until 1981 when she was appointed to the Supreme Court by President Ronald Reagan.

President Regan had pledged during his 1980 presidential campaign to appoint the first woman to the Court. On July 7, 1981, Reagan announced he would nominate O'Connor as an Associate Justice of the Supreme Court to replace the retiring Potter Stewart. O'Connor received notification from President Reagan of her nomination on the day prior to the announcement and did not know that she was a finalist for the position. Reagan formally nominated O'Connor on August 19, 1981, and her confirmation hearing before the Senate Judiciary Committee began on September 9, 1981. On September 21, O'Connor was confirmed by the U.S. Senate with a vote of 99–0. Initially, O'Connor's voting record aligned closely with the conservative William Rehnquist and in nine of her first sixteen years on the Court, O'Connor voted with Rehnquist more than with any other justice. Later on, as the Court's make-up became more conservative, O'Connor often became the swing vote on the Court.

On July 1, 2005, O'Connor announced her intention to retire. In her letter to Bush, she stated that her retirement from active service would take effect upon the confirmation of her successor. On July 19, Bush nominated D.C. Circuit Judge John Roberts to succeed O'Connor. However, Rehnquist died on September 3, creating an immediate vacancy on the Court. Two days later, Bush withdrew Roberts as his nominee for her seat and instead appointed him to fill the vacant office of Chief Justice. O'Connor agreed to stay on the Court until her replacement was named and confirmed. On October 31, Bush nominated Third Circuit Judge Samuel Alito to replace O'Connor, Alito was confirmed and sworn in on January 31, 2006. After retiring, she continued to hear cases and rendered over a dozen opinions in federal appellate courts across the country, filling in as a substitute judge when vacations or vacancies left their three-member panels understaffed.