Happy Year of the Pig

It's February and on the Chinese calendar it's a new lunar year! The Chinese New Year has been celebrated for centuries; the solar calendar used by the Chinese dates to the Han Dynasty, circa 157-87 BCE, when Emperor Wu established the New Year on the first day of the first month. However, smaller celebrations were being held to bring in the New Year for centuries, going back possibly to religious ceremonies during the Shang Dynasty, 1766-1122 BCE, or even earlier to the reign of Emperor Yao, around 2300 BCE. That's over four thousand years ago!

There is also a popular myth attached to the Chinese New Year, called the Legend of Nian. Every year, a monster would come out and terrorize China, causing destruction and injury to whatever and whomever it found. Over time, the afflicted people learned to go into hiding at the particular time the Nian would come, until it was discovered that the color red and loud noises scared away the Nian. From that time on, people would hang red scrolls and lanterns and make loud noises on that day, to keep the monster away. 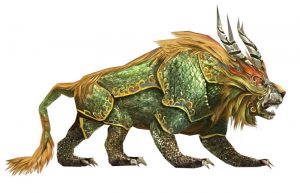 Why Year of the Pig? The Chinese zodiac is a complex astrological system that is actually based on Jupiter's year which is around 11.8 of our years. Each of these years is assigned an animal, which represents the apparent perception or presentation of a person. This is more or less common knowledge to anyone who frequents a favorite Chinese restaurant and takes home a menu or calendar, but traditional philosophers consider many other factors. In fact, the zodiac can be applied to the month, day, and even the hour you were born in!

For instance, anyone born between February 5th and the next lunar near year is a Pig! But if they are born in February, they have the inner traits of a Tiger. Days of the week are a bit more complex, but if you were born on a Wednesday around 2 p.m., you would also have traits of a Horse and a Goat.

Want to know what animals you were born under? Feel free to check this guide., opens a new window

The Chinese New Year spread to other parts of Southeast Asia and variations on the celebration are enacted throughout the region. Today, it is celebrated as the Spring Festival in mainland China. Large Chinese populations throughout the world celebrate this important event, and even other localities have begun observing the holiday.

Celebrations might have different local customs, but there are a lot of shared traditions. In China, the Spring Festival lasts up to fifteen days. New Year's Eve is usually when families come together for reunion dinners celebrating their family and the good fortune they have had and wish to have. Firework displays are also hugely popular, and some of the best fireworks in the world are exhibited for the Chinese New Year.

Want to read more about the Chinese New Year and the Chinese Zodiac? Feel free to read last year's blog, opens a new window, or check out one of the items below:

Myths and Legends of China

For fiction, we have several recommendations:

Happy reading and Happy New Year everyone. As always, the St. Tammany Parish Library is pleased to provide you the resources you seek and educational blogs to enlighten readers.