A History of Mardi Gras 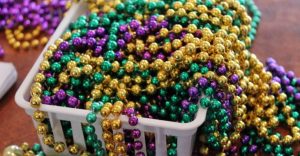 It's New Orleans' favorite time of year: Mardi Gras! Do you know the history of this widely popular and celebrated holiday?

Mardi Gras, or Carnival, has its earliest origin in Roman times. The Saturnalia, dedicated to Saturn, the Roman God of the Harvest, was a harvest festival celebrated in mid-December. The various inhabitants of Rome and other cities would throw great feasts and ignore various rules of etiquette at the time. Presents were exchanged and merry-makers made a habit of dressing up in a variety of outfits, as well as upheaval of certain established norms. Slaves were given preferential treatment, and historians have noted different accounts of the enslaved and lower classes eating with citizens and nobility, getting to eat before them, and even being served by them.

Over time, Saturnalia festivals were replaced by Christmas celebrations. Theories are abound about the exact reasoning by Church authorities, but many historians agree that there was a concerted effort to replace the pagan holiday with a Christian one. 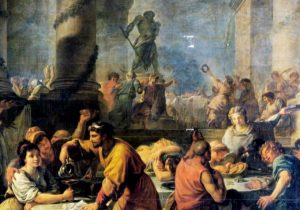 Throughout the Middle Ages, the Catholic Church introduced a variety of holidays and feast days to celebrate important events. One of the earliest such festivals was the Feast of Fools. Christmastime and Lent were sacred days full of fasting and contemplation, mostly respectful events to be enjoyed while honoring the two most important times in the Christian calendar. Over time, a new holiday arose, taking place between Christmas and Lent.

The Feast of Fools was a church-sponsored day in which the typical morals of society flipped. Peasants were encouraged to be merry and generally enjoy life. Criticism of the church was tolerated, including sermons and songs that ranged from funny to licentious to chaotic. Gambling was allowed, even in church. Animals were brought in. Revelers dressed up. For the day, a King or Bishop of Fools was proclaimed, usually a child, who would preside over the day's merriment and disorder, while the local bishop served in the boy's place. The holiday is said to have originated in northern France, before spreading through much of Europe. 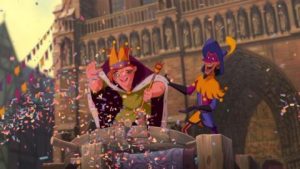 The Feast of Fools may have fallen into disfavor, but it wasn't the end of celebrations in late winter. The earliest known Carnival was in the 13th century, and is attested in a letter by Count Charles Anjou of Provence. The etymological origin of the term is unknown, but there are a variety of claims. The occasion, wherever it is celebrated, is always the weeks or month preceding Lent, ending on the day of Mardi Gras, or Fat Tuesday in French.

The modern Carnival season borrows from all of these previous celebrations and occasions. Today, Mardi Gras is celebrated in many other places besides Louisiana. Many of the early French settlements, such as Mobile and Biloxi, also have huge Mardi Gras celebrations. It is also celebrated in much of Texas, including Houston and Galveston, as well as St. Louis, Missouri, and Quebec. Venice still holds their Carnival, the oldest of the large celebrations. Carnival is also celebrated in the French Riviera, Trinidad and Tobago, Denmark, Sydney, Australia, and the largest in the world is Brazilian Carnival, held in Rio de Janeiro.

Want to read more about Carnival and the early history of Mardi Gras?

Want to learn more about the countries and cities themselves? Try these:

Or how about related fiction?

The Mystery in Venice

The Hunchback of Notre-dame

We also have DVDs! Nonfiction and fiction.

Not find something you want? Want to learn more? You can always check out our catalog, opens a new window for more items on this and other topics. Happy Mardi Gras!