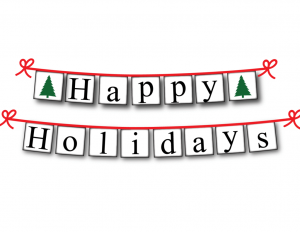 Tis the season to be jolly, to fall into your couch and curl up fast!

Grab a movie and pop some popcorn, or bake your favorite treats!

Dim the lights and silence your phones, because here's my list of holiday favorites!

The 1990 classic is a perennial hit. Kevin McCallister (McCaullay Culkin) is left home for the holiday by accident, while his annoying family is off to enjoy the season in Paris. Kevin learns how to look after himself and protect the home from the tricky Wet Bandits while his mother desperately tries to get home! Directed by Chris Columbus and with original music provided by the legendary John Williams.

In 1992, Kevin winds up by himself again, this time in New York City! After a travel misunderstanding lands Kevin in  the Big Apple, the brainy ten-year old must confront the Wet Bandits yet again and this time save Christmas for others, while helping out a few friends along the way. Enjoy familiar music too as well as the devilish charm of Tim Curry in the well-remembrered role of the Plaza Hotel desk manager.

How the Grinch Stole Christmas

The earliest Christmas movie I remember seeing! Dr. Seuss' classic is captured perfectly in the original animated special from 1966. Chuck Jones of Looney Tunes fame helped animate this beloved work, with the Grinch and narrator both performed by the inimitable Boris Karloff.

Another animated classic from 1965, A Charlie Brown Christmas bucked many trends: a jazz soundtrack, child actors, no laff track, six weeks and a shoestring budget? What were they thinking?! The CBS special was a bonafide hit and has been a staple of the holiday season ever since. The special's success even led to the development of many more Peanuts holiday films and eventually a TV series.

Charles Dickens practically defined the modern Christmas when he wrote A Christmas Carol, and Disney's take on the masterpiece is one of the best. Here, the entire cast is replaced by beloved Disney charcaters including Mickey Mouse as Bob Cratchit and Scrooge McDuck as the miserly Ebeneezer Scrooge. The music's pretty good too, and this is my favorite take on the story.

With a memorable animated opening, Christmas Vacation follows the Griswold family through the holiday antics of trying to put together the perfect Christmas, only to discover what the real meaning of the season is.

Count on the talented Patrick Stewart to portray Ebeneezer Scrooge as few others ever have. In a production that is at many times a one-man show, Stewart effortlessly carries the weight of being everyone's favorite miser as he reconnects with his friends and family. Stewart also gave numerous one-man performances of the play on Broadway and in London.

One of the newer additions on my list, Tom Hanks masterfully narrates the story of a boy's magical trip to the North Pole, and rediscovering the Christmas spirit.

In 1992, Batman defends Gotham City during that most wonderful time of year. He must deal with the likes of The Penguin and Catwoman while enduring the holiday times in this gothic-take on the Christmas season.

Tim Allen is at his best when he must make amends with his fractured family, his big job at a toy company, and his accidental slaying of Santa Claus! Once he dons the red suit, Scott Calvin has a year to come to terms with his new job as the latest in a long line of Santa Clauses!

Looking for something else? The St. Tammany Parish Library is happy to offer use of our online catalog, opens a new window for all of your browsing inquiries.

Want to read more blogs? The STPL Bloggers, opens a new window are always writing interesting articles. Feel free to investigate and see what is on our mind and what fun things we have to talk about. 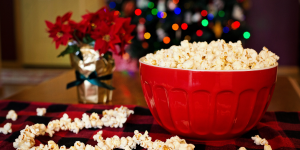