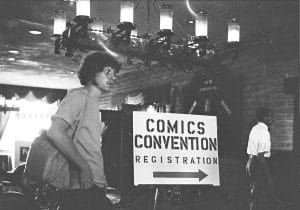 Do you know the history of the 'comics convention?'

Nowadays, conventions are held around the year and cover a variety of fandoms, comics of course, but also other media franchises, such as from film and television. In several cases, conventions that started out as just comics only grew to include all kinds of media, often associated with 'nerd culture'. In more recent years, there has even been a backlash of comic conventions reclaiming their origins and being 'comics only', in an effort to retain their original spirit. But where did it all begin?

The first such convention that we know of was the New York Comiccon in 1964. This event was organized by Bernie Bubnis and Rod Fradkin, and included guests such as Steve Ditko, noted artist and writer for Marvel Comics.

A year later, the first multigenre convention was held in Michigan; the Detroit Triple Fan Fair. Other conventions soon began popping up in other cities, and again in New York, as more and more spotlight reached the various artists and writers responsible for these comics. Soon, famed creators like Stan Lee and Jack Kirby were visiting conventions as well, meeting fans, and rubbing elbows with friends and rivals. The number and size of these conventions grew exponentially over the years, becoming media events for the various companies involved, and opportunities for artists and publishers to announce new projects. By the late 1980s and the growth of popularity of film as a media format for comic book heroes to explore, many conventions were now promoting more and more the various things now available as these conventions -movies, video games, costume contests and more- more than the comic books that started it all.

In the United States, the dominant convention holder is Wizard World, starting in 2009 and on-going. Wizard World bought out various other conventions in various cities, and now hosts and publicizes the events, often with a largely stable cast of writers, artists, and other celebrities going on tour with the convention to various cities, including our local New Orleans! The biggest and most notable show is San Diego Comic Con, held in late July every year (and digitally in 2020 and 2021 during the Covid-19 pandemic began). San Diego Comic Con regularly packs the house with 130,000 attendees daily! 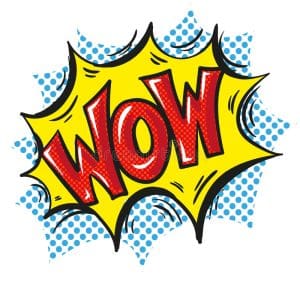 The popularity of comic conventions even spread to other countries and continents. Though the specific franchises varies significantly, a lot of the same characters and series have multicultural appeal and enjoy success in these places. Likewise, popular series and art styles have found ready fertility in America's various conventions, and it's not unheard of to find the latest Japanese manga readily available here. Some of the biggest conventions worldwide include London Film and Comic Con, opens a new window, Lucca Comics & Games, opens a new window in Italy, and Comiket, opens a new window in Tokyo, Japan.

Interesting in visiting a convention near (or not-so-near) you? Check out the links below: 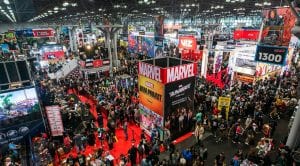 And feel free to check out some books and movies on the subject too while you're at it! Happy reading!

Don't Cosplay With My Heart

I Am Princess X

The Fangirl's Guide to the Galaxy