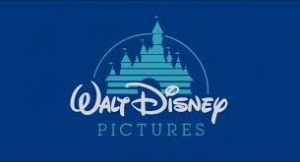 This year I am spotlighting my favorite Disney movie in celebration of December and Walt Disney's birthday: 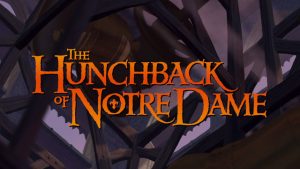 The Bells of Notre Dame, opens a new window

The Hunchback of Notre Dame is the Walt Disney Corporation's 34th animated feature. Released in 1996, it is an adaptation of the novel by Victor Hugo, about Quasimodo and his struggle for acceptance in Medieval Paris.

The adaptation originated in 1993, during production of The Lion King. Gary Trousdale, once director of Beauty and the Beast, directed the film at the behest of studio executive Jeffrey Katzenberg. Production covered the next three years and actors were brought in to portray the characters. Of note, Tom Hulce plays Quasimodo and Demi Moore is Esmerelda. Tony Jay portrays Judge Claude Frollo, the Parisian Minister of Justice and Quasimodo's reluctant guardian (Jay also portrayed the asylum director from Beauty and the Beast). 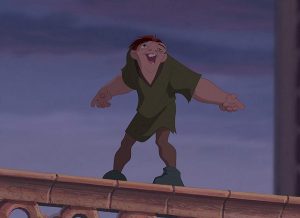 With much of the animation department's resources tied up with The Lion King and Pocahontas, Disney was forced to rely on other avenues to get Hunchback finished. Numerous animators were hired from outside the country, including from Ireland, Canada, Britain and Germany. Nearly twenty percent of the movie came out of the Walt Disney Animation Paris studio.

For music, Disney turned to longtime collaborators Alan Menken and Stephen Schwartz. Menken, a talented arranger and producer in his own right, achieved fame throughout the 1990's by helping compose some of the most renown Disney tracks of the era, including work on The Little Mermaid, Aladdin, and Beauty and the Beast. 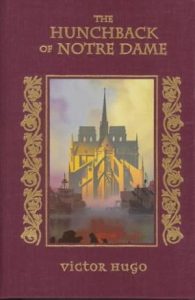 Despite being overshadowed by The Lion King and Pocahontas, and the exit of Katzenberg from Disney, production continued through 1995, and into the new year.  For the premier, Disney bucked tradition and elected to stage an elaborate festival in celebration of the movie, mimicing the by-then center piece of the Feast of Fools. So in the summer of 1996, Disney came to New Orleans to celebrate the movie in a city with a rich Catholic French heritage.

On June 19, Disney took over the French Quarter with an entertaining musical performance featuring many beloved costumed characters, and a cadre of special-made Mardi Gras parade floats that Disney used at their own parks. The parade also featured the musical and marching talents of many local high schools. A fun day was had by all! You can see the link above to catch an unedited televised viewing of the parade, commercials and all. Below is a video of the celebration inside the Superdome, which was converted into the world's largest stage for the event, using at least six large screens to show the film. 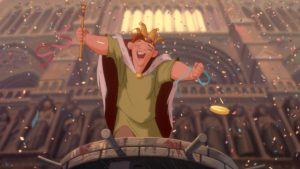 The Hunchback of Notre Dame received acclaim for music and animation, as well as the darker-than-usual themes portrayed in the movie. While still fun and entertaining, even for children, the movie proved to be somewhat divisive with its political and religious tones. Of course, with a story and drama by Victor Hugo, this was perhaps no surprise.

The film eventually enjoyed a direct-to-video sequel, opens a new window that was fun, if not quite as high budget as its predecessor. It follows an original story not based on the Victor Hugo novel.

More recently, the film was adapted into a theatrical production. The original show ran in Germany from 1999 to 2002, before later being revived with an English-speaking cast in 2014. You can hear a clip here., opens a new window

As of January 2019, Disney has announced a live-action remake of the movie, in the style of The Lion King and Aladdin. Hunchback is currently in production with Menken returning for music, with David Hoberman and Todd Lieberman also attached.

The book is available in several formats:

The Hunchback of Notre-dame

Looking for something else? The St. Tammany Parish Library is happy to offer use of our online catalog, opens a new window for this and other searches you may be interested in.

Also feel free to check out the rest of the STPL Bloggers, opens a new window. We regularly blog and discuss various topics, ranging from our personal interests to relevant topics in and out of the library world. And as always, feel free to leave a comment!