Halloween Spotlight: Interview With the Vampire 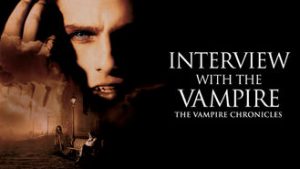 "Drink from me and live forever."

Hello again and welcome to Halloween 2019!

This month, we are covering another spooky favorite, Anne Rice's Interview With the Vampire.

Anne Rice is a native of New Orleans, born in 1941. She spent her childhood in the city until the age of sixteen, when the family moved to Texas. Much of Interview With the Vampire is set in New Orleans, and numerous well-known landmarks are described, from the River to the French Quarter, St. Louis Cathedral, and more.

Interview With the Vampire is set in a seedy San Francisco hotel (the same city where Rice lived while writing this book). A journalist, only ever called 'the boy' has encountered a professed vampire. This vampire, identifying himself as Louis, tells his life story; his indigo plantation in 1719 New Orleans, the death of his brother, his vampiric conversion, and the many decades since and all he has lived through.

Louis, or Louis de Point-du-Lac as he was originally known, makes it quite clear that he is not human. His skin is pale, his eyes unnaturally bright. His hair and nails are too perfect, never growing, and returning to their present-shape if damaged. He can move with supernatural speed, lift a grown man with one hand, and he has no reflection to speak of. And yet, Louis is a new kind of vampire, at least in literature, for while he does crave blood and cannot stand the sun, he is attractive and leads a tormented life of pain and sorrow, his only constant companion being his own misery and self-pity.

'The boy' records Louis' story, occasionally asking questions about particular incidents, which Louis is only too happy to explain. Of course, one of the things brought up is why there is even an interview to begin with. Our young journalist, understandably cagey, questions why other vampires have not come forward before. As it turns out, Louis is breaking a long-held rule among vampires to not speak about their activities, their names, or where they reside, present or past; Louis' story is a cathartic attempt to anger and spite his own kind.

Chief among Louis' story is the vampire who turned him: Lestat de Lioncourt. Lestat features prominently throughout the story, and in the course of numerous sequels, has become the face of Rice's Vampire Chronicles. 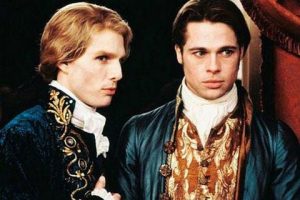 Despite mixed reviews, Interview With the Vampire brought immediate fame to Rice. Subsequent books The Vampire Lestat and Queen of the Damned further cemented not only her own hard work, but also the appeal of Lestat and his vampiric companions.

Anne Rice continued her series over the years and has produced several additions to The Vampire Chronicles., opens a new window 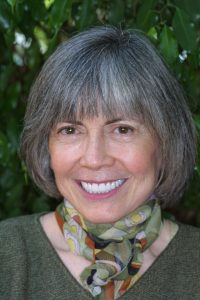 Not find what you're looking for? The St. Tammany Parish Library is happy to offer usage of our online catalog, opens a new window to search for items on this and other topics. Have a spooky Halloween!