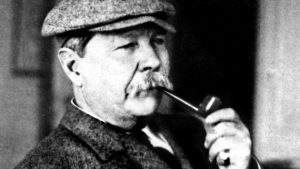 May 22nd celebrates the birth of Mr. Doyle. Most notably, Doyle is remembered as the creator of Sherlock Holmes and the author of his original adventures.

Doyle was born in 1859 in Edinburgh, Scotland. His parents, Charles Doyle and Mary Foley, were of Irish ancestry, though Charles was born in England. Arthur Doyle grew up with many siblings, either eight or nine, and of the Doyle children, seven reached adulthood, including Arthur. Charles, an artist by trade, led a troubled life; after losing his job and succumbing to drink, Charles was committed to Montrose Royal Lunatic Asylum where he spent several years, and eventually died after being transferred to another facility.

Doyle enjoyed a varied education in his youth, studying at several schools in his childhood and young adulthood. As a struggling adult of 27, Conan Doyle wrote A Study in Scarlet. He struggled for several weeks to publish,  before finally selling the rights to Ward Lock & Co. for 25 pounds. Holmes' first adventure received much praise, and soon Doyle was inundated with requests for more stories, from publishers willing and able to pay much more for them. 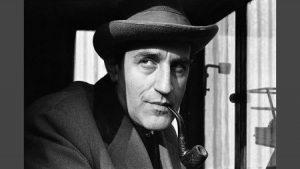 Eventually, Doyle wrote a total of 4 novels and 56 short stories about Sherlock Holmes. You can see some of them below:

The Adventures of Sherlock Holmes

The Return of Sherlock Holmes

We also have several items inspired by Sherlock Holmes, including the legendary Great Mouse Detective! 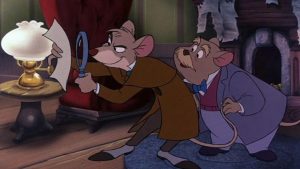 The House of Silk

Want to learn more about Sir Arthur Conan Doyle? Feel free to take a peak at these items:

The Man Who Created Sherlock Holmes

Looking for more items? Feel free to use our catalog, opens a new window to discover more about Sir Arthur Conan Doyle, Sherlock Holmes, and other topics.