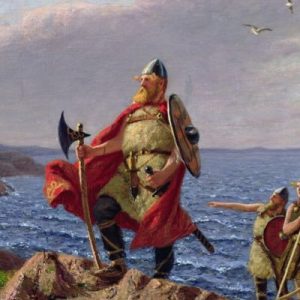 October 9 is recognised as the day Leif Erikson, Norse adventurer, reportedly visited the New World circa 1000 AD. He is credited as the first European to 'discover' America, 500 years before Christopher Columbus.

The exact details of his voyage are not entirely known, and the earliest recordings of 'Vinland', the land Leif discovered, is not mentioned until 1075, fifty years after Leif died. Leif's adventures are most widely told in The Saga of Erik the Red and The Saga of the Greenlanders, though details differ.

What is known is that Leif heard tale of lands to the west of Greenland from various sailors. In a boat, he and thirty men were travelling along Greenland when a storm blew them off course. They eventually made landfall in a place called Hellalund, which modern historians believe is Baffin Island, due to its description as a rocky, desolate place. Leif next landed at a forested island he called Markland, which is probably Labrador. The final location was a land full of grapes and vines, which Leif reportedly called Vinland. The actual location of Vinland is still debated today, but many historians and scientists suspect it to be Newfoundland. 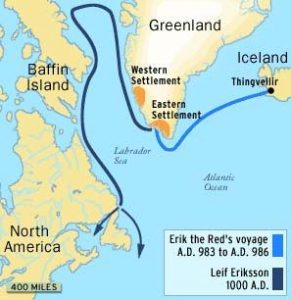 For centuries, noone knew the supposed location of Vinland, and scholars assumed much of Leif's legacy to be fanciful. The Sagas held that Leif and his crew established a camp at Vinland where they wintered. Over the next few years, there were numerous excursions to and from Vinland, and the islands were useful for maintaining supplies and harvesting timber. Leif Erikson's Vinland camp was called Leifsbudir. The Sagas also relate the first encounter between vikings and Native Americans.

Much of the travel beyond Greenland ceased by the 13th century, and there were no popular records of land to the west of Europe. Such was the nature of naval travel in the late 15th century when Christopher Columbus prepared for his own journey west. Columbus' records are much newer and more reliable, but he claimed to have visited Iceland at some point in the 1470's, where he heard stories of land to the west. 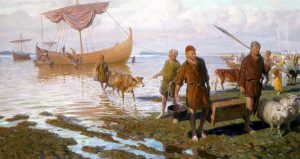 For centuries, most historians and teachers regarded Christopher Columbus as the discoverer of America, at least so far as he was the first confirmed to have found North America and the islands nearby, barring the natives. Others may have visited accidentally, such as Alonso Sanchez and Jean Cousin, but there is no indisputable proof to verify either made successful journeys, at least before 1492.

Proof of Leif Erikson's journey did not come until the discovery of ruins in L'Anse aux Meadows in 1960 by Helge and Anne Stine Ingstad. Led to the village by some locals, the husband and wife team excavated nearby mounds, finding the remains of seven buildings, numerous artifacts, as well as butternuts. Careful observation and comparison to other sites in Greenland and Iceland confirmed the Nordic style. L'Anse aux Meadows underwent several excavations over the years, and the village now features a park including a modern reconstruction of the site, open to tourists.

The site represents concrete proof that not only had vikings been to North America, but had also stayed for a time and interacted with local natives five hundred years before Christopher Columbus. 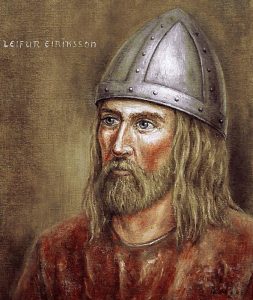 So, what happened? Why did the vikings not stay? Why did it take until Christopher Columbus before regular contact between the Americas and Europe begin?

There are several theories. During the 11th century, increased conflict in Britain and northern France resulted in the conquest and unification of England under William the Conqueror, Duke of Normandy and descended from vikings himself. William and his descendants spent several decades consolidating their rule and fending off rivals in Denmark and Norway. Additionally, many European nations suffered tremendously as a result of the Black Plague during the 14th century. Most nations did not recover for another two hundred years. During the worst of the Plague, several nations attempted to close and police their borders, as well as heavily limiting trade and exploration.

Did the vikings get any further than Vinland? So far, no other archaeological sites have been discovered, with one possible exception. In 1898, a Swedish farmer living in Minnesota uncovered a large stone while clearing his fields. This rock, supposedly dated to the 1360s, is scraped with vaguely runic letters. Called the Kensington runestone, scientists and historians were distraught to discover this stone, not because it further called into question pre-Colombian exploration, but also because it was a fake!

Despite the insistence of the finder and attempts over the decades to decipher and authenticate it, most experts agree that the runestone is a forgery. Curiously, accounts exist describing adventures by other vikings further inland, looking for new lands or tracking down wayward enemies. Had others visited America in the intervening years, or did a bored farmer chisel some Nordic letters into a rock he found? Perhaps we shall find out in a future blog. 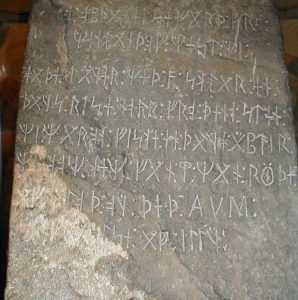 So, remember to celebrate Leif Erikson and his fellow vikings for finding North America, and lament that we currently do not live in the United States of Vinland.

Want to learn more about Leif Erikson and the vikings? Feel free to peruse one of the items below, or visit our catalog, opens a new window for more info on this and other searches.

The Age of the Vikings

The Treasure of the Viking Ship

You Wouldn't Want to Be A Viking Explorer!