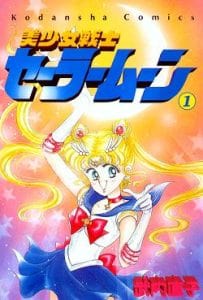 Few Japanese series have had such a profound impact on entertainment as Pretty Guardian Sailor Moon.

Written and drawn by Naoko Takeuchi, Pretty Guardian Sailor Moon debuted in Nakayoshi magazine in 1991. The series ran for 60 chapters until 1997. The series stars Usagi Tsukino, a fourteen year-old middle school student who one day discovers that she is a superhero. With her trusty feline sidekick Luna, Usagi uses her powers to transform into Sailor Moon, defender of truth, love, and justice. She is soon joined by other Sailor Guardians, all named after various planets in the solar system: Mercury, Mars, Jupiter, and Saturn, followed eventually by the rest (including Pluto, before the planetary demotion).

The resemblance is uncanny. 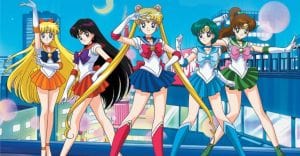 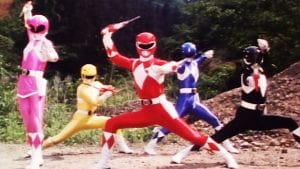 A year after the manga released, Japanese animation company Toei Animation produced an anime based on Takeuchi's work. Sailor Moon was even more popular than the manga and gained a worldwide following. In the United States, dubbing studio DIC (also responsible for Mighty Morphing Power Rangers' American airing) was the first to translate the anime, with limited and questionable success. While popular and memorable, particularly with their oh-so-90's Sailor Moon Says Public Service Announcements, the show was heavily criticized for the large amounts of localization editing, and changes to various characters, ranging from personalities and interests to outright changing certain characters' genders. The show foundered locally but was eventually picked up by another company, Cloverway, who translated the rest of the anime, albeit with much the same results. This dub reached its peak in early 2001 and 2002, when it was shown on Cartoon Network's Toonami block. 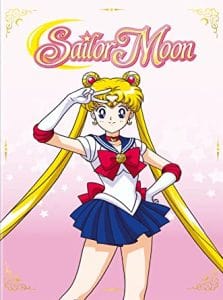 Sailor Moon's popularity spiked again in 2014 with a new collaboration between Viz Media and American dubbing studio Studiopolis to redub the entire series, with no censoring. The result was a new run of the anime, available together on DVD for the first time, including the three as-yet undubbed movies. This partnership was a massive success and helped pave the way for another project: Sailor Moon Crystal. 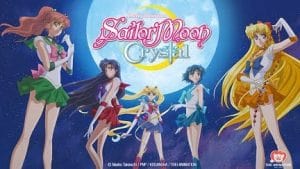 Sailor Moon Crystal entered production in 2011 as part of the 20th anniversary of the Sailor Moon franchise. The show was a reboot of the series with entirely new animation and an abbreviated cut of the story that more closely followed the manga. The first episode released in June 2014, shortly after the announcement of an English language dub for the series. To date, there have been thirty-nine episodes, covering the Dark Kingdom, Black Moon Clan, and Death Buster arcs, as well as a two-part movie covering the events of the Dead Moon Circus, as of February 2021.

Rest assured, Sailor Moon's crimefighting days are far from over.

Looking for something else? As always, the St. Tammany Parish Library is happy to offer free usage of our online catalog, opens a new window for more information on this and other topics.

Also feel free to check out the rest of the STPL Bloggers, opens a new window. We are always publishing articles on a variety of topics, educational and fun! Be sure to leave a comment too, because feedback is always appreciated!