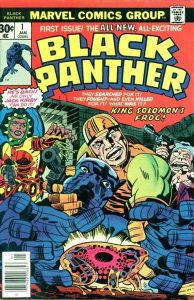 Black Panther has a storied history in Marvel comics, but his time in film is significantly more recent than most of the other superheroes.

The first inklings of a Black Panther film came in 1992 from actor Wesley Snipes. A fan of the comics, Snipes expressed his interest in the character and comics, along with a belief that portrayals of Africa in film had been handled poorly in the past. By 1994, Snipes had entered into discussion with Columbia Pictures and Stan Lee to work on the film, and had even approached numerous screen writers. While known in Marvel Comics, the Black Panther character was less known to general audiences, and some executives expressed concern and confusion over comparisons to the Black Panther Political Party. By 1996, the film had not yet been made.

Over the next few years, Snipes went on to perform the title role in Blade and Blade 2, becoming the most notable African-American superhero at the time, and bringing well deserved success to the fledgling film efforts of Marvel Studios. Snipes still intended to work on Black Panther, but Blade 3 director David S. Goyer questioned the viability of Snipes portraying both characters on the big screen; Goyer believed that it was a bit much having such a prominent actor portray such prominent characters in the same universe, for even at that time, Marvel Studios percolated the idea of connecting varies franchises together under their banner.

Development of a Black Panther film stagnated for several years while Marvel focused on other properties; Spider-Man, the X-men, Daredevil, and Ghostrider, to name a few. By the mid-2000s, Marvel began to bring to life its larger vision of connected in-universe films, the Marvel Cinematic Universe. In September 2005, Marvel chair Avi Arad formerly announced ten years to be produced and distributed through Paramount Pictures, including Black Panther. As production of various films, including Iron Man, Thor, and Captain America progressed, the desire to move forward with Black Panther remained, though by 2011 Snipes was no longer involved due to legal issues. 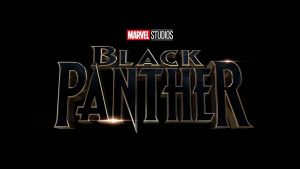 Marvel officially announced production of Black Panther in 2014, with Chadwick Boseman portraying the title character. While production began in earnest on the film itself, Boseman would grace screens early during the events of Captain America: Civil War, helping lay the groundwork for the Black Panther character, his home of Wakanda, and his future relationship with the existing heroes and villains. In January 2016, Ryan Coogler stepped forward to direct, and other cast members soon followed, including Lupita Nyong'o, Michael B. Jordan, Forest Whitaker, Letitia White, and others. Black Panther built a strong, unified identity embracing its African roots, culture, and characters, as well as the actors portraying them. Also joining the cast were John Kani as former king T'Chaka, Martin Freeman as Everett Ross, and Andy Serkis as Ulysses Klaue.

Between filming in Atlanta, South Korea, Uganda, South Africa, and other countries, Marvel Studios went as far as they could to establish the unique authenticity of Wakanda and the other locations visited in the film. While a fictional country, Wakanda and its culture was highly based on local architecture and culture. For instance, many of the costumes were inspired by ceremonial tribal wear, such as the Dora Milaje guard uniforms and the traditional Maasai garb. 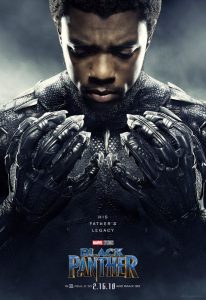 Black Panther premiered on January 2018 in Los Angeles, shortly followed by premiers across the globe. Of note, Black Panther was the first Disney film to release cross-nation in Africa, as well as the first film shown in Saudi Arabia following a ban of nearly thirty years. Black Panther claimed numerous records upon release as well: highest grossing solo superhero film, highest grossing film directed by an African-American, highest grossing film released in February, and the first film since Avatar to remain at the top of the box office for five weeks. The film earned $700 domestically and over $1.3 billion worldwide. The film was hugely popular, and claimed a diverse audience, of which African-American viewers were as prominent as Caucasians, and strong word-of-mouth encouraged additional visits and high popularity weeks after release.

When it came to accolades, Black Panther also proved to be a huge hit. The film was nominated for numerous awards, winning many outright. Of note, the film was the first Marvel Studios film to earn any Academy Awards, as well as the first superhero film to to be nominated for Best Picture for both the Academy Awards and the Golden Globes. A full list of award nominations and wins can be seen here, opens a new window.

The legacy of T'Challa the Black Panther did not end there, however. Black Panther and Wakanda featured prominently in Avengers: Infinity War later that year, the setting of the film's ultimate battle. And though much damage was done in the aftermath of Thanos' destruction, Black Panther and the rest of the Wakandan warriors returned for the climatic battle in Avengers: Endgame.

The success of Black Panther brought new attention to the comic book hero, and plans were already underway to continue his legacy, with another movie in the works, as well as a series on Disney+. The world was not prepared, however, for the untimely and tragic death of Chadwick Boseman in 2020, of colon cancer. While the world mourned the loss of Boseman, Marvel Studios reevaluated their plans. Delayed by the Covid-19 Pandemic, Marvel Studios still intends to push forward with their vision, centered on Black Panther 2, to be released in July 2022.

Stay tuned next time when we cover Marvel's tragic vigilante, the Punisher.

Looking for something else? As always, the St. Tammany Parish Library is happy to offer the use of our online catalog, opens a new window for more information on this and other topics.