Fans today are living in a Golden Age of movies based on comic books. Kids, teenagers, and adults have grown up on the exploits of superheroes since the 1910's, and more recently, in film as well. Among the various comic book producers, few were as prominent and beloved as Marvel Comics. It was small wonder that they too began producing movies of their own.

Long before the Marvel Cinematic Universe, there were a slew of other movies produced by Marvel, to varying degrees of success. Having failed with a couple of other properties, Marvel gave it one more shot with a C-tier hero, a small studio, and an action star of color with an impressive film record.

The result: the first successful movie produced by Marvel Studios. 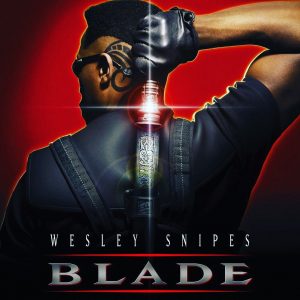 While not the first Marvel film to be produced, Blade was the first to gain widespread attention and success. The 1998 film is based on the comic series of the eponymous hero, a half-human / half-vampire superhero who takes it upon himself to protect humanity from vampires. Portrayed by Wesley Snipes, Blade garnered enormous attention as not only a cool superhero, but an African-American one at that, in a time where most African-American actors were not being portrayed as superheroes. Blade was a different sort of hero: brooding, intense, athletic, and supremely confident in his abilities. Blade was not just popular among the minority, he was popular period.

Joined by Kris Kristofferson and Stephen Dorf, Snipes brought attention to the character and a welcome influx of acclaim and reprieve to the then-beleaguered Marvel Studios. The film went on to earn $131 million globally. 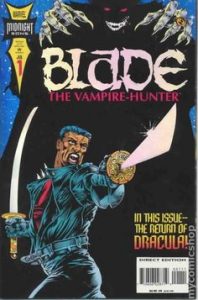 Marvel Studios quickly followed up with a sequel, Blade II, in 2004. Wesley Snipes and Kris Kristofferson returned to helm the film, while also being joined by Leonor Varela, Ron Perlman, and others. In the film, Blade joins forces with his enemies to hunt down a deadly new strain of vampire that feeds on everyone indiscriminately. The film saw an even higher global gross of $151 million and sealed the legacy of Blade in Marvel's cinematic pantheon.

During production of Blade II, Marvel Studios began producing other films. The success of Blade gave Marvel a little breathing room, and allowed for the filming of X-Men and Spider-man respectively. 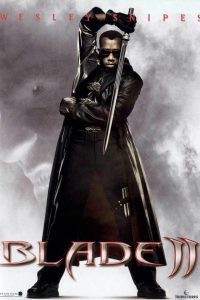 In 2004, Marvel returned for Snipe's final outing as the character in Blade: Trinity. Blade teams up with the Nightstalkers, a band of vampire slayers, as they work together to defeat the legendary Dracula, recently risen from his slumber. The film includes Jessica Biel and Ryan Reynolds, here playing wise-cracking sidekick with humor similar to Deadpool. The film enjoyed slightly less acclaim and gross, at $128 million, and was the final film in the series.

Aside from a short-lived series on Spike TV, opens a new window , Blade: Trinity represents the last of the Blade film series. Although there have been steady rumors of attempts to produce further movies, and even a reboot of the franchise into the Marvel Cinematic Universe, nothing has seen the light of day since; these vampires are content to stay hidden and bide their time. 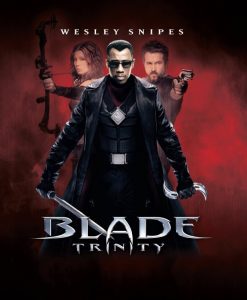 The Blade films by New Line Cinema represent a key turning point for Marvel Studios. Before Blade, Marvel Studios faced bankruptcy and closure, at a time when the future of Marvel Comics as a whole looked very uncertain. The success of Blade led to new attempts at adapting comic books into movies, beyond the tried and tested Batman and Superman films, and eventually led to several popular film franchises and the modern Marvel Cinematic Universe.

Stay tuned for our next entry on Fox's X-Men.

Looking for something else? Want to learn more about vampires or other movies? The St. Tammany Parish Library is happy to offer the use of our catalog, opens a new window for this and other searches you are interested in.