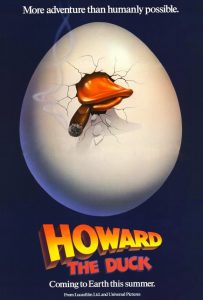 Not every film is a blockbuster, and some companies manage to put out a few bad eggs. And yet, sometimes good things can come from bad eggs.

Howard the Duck is a 1986 film based on the character of the same name. Howard is an anthropomorphic duck from Duckworld (in the film), a planet much like Earth save its ducklike inhabitants. He was conceived in 1973, appearing in the Adventure Into Fear line of horror comics produced by Marvel Comics, before later getting his own series. Despite his comedic appearance, the Howard the Duck comics were noted for their dry, cynical perspective, often described as satirical. 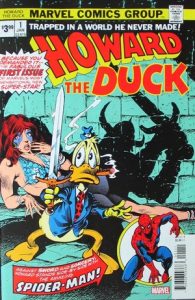 The effort to produce the Howard the Duck film began with George Lucas, who was a big fan of the comic. In 1984, Lucas stepped down as president of Lucasfilm so that he could spend more time producing and directing films on his own, chief among them Howard the Duck. Originally the film was supposed to be an animated project helmed by, but contract obligations of Lucasfilm required a live-action film production, and thus the animated effort became live-action, against the wishes of director Willard Huyck and producer Gloria Katz.

Lucasfilm brought Howard to life with, at the time, advanced animatronics, or at least that had been the plan. Numerous models of Howard were created for the film, several of which broke during production. Being an animatronic like Jabba the Hutt from Return of the Jedi, Howard was controlled by numerous puppeteers, which made coordination difficult. On top of that, the puppets themselves were faulty and suffered in quality, and during production, numerous scenes were reshot with the updated puppet, and changes were made on the fly. 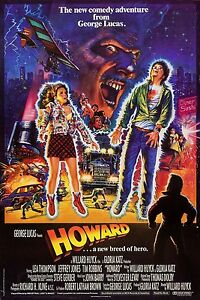 On top of that, Howard the Duck also suffered from significant direction changes. Rather than the existential introspective satire of the comic, the film became a B-tier comedy, further highlighting the absurdity of a cigar-smoking, hard-drinking fowl. Production dragged on, and cast and crew alike earned quite a bit of money, with Tim Robbins attesting he got paid twice due to the amount of overtime involved on the project.

The result for all of this effort was a frankly disappointing movie that practically noone enjoyed. Against a budget of nearly $37 million, the film just barely broke even. Critics lambasted the film and Lucasfilm never worked on a Marvel film again until after the Disney acquisition of both.

Howard's days in the sun were not over, however. With his otherworldly origins and penchant for dry sarcasm, Marvel's top duck found a second life as a supporting character in the Guardians of the Galaxy films. 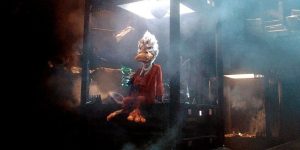 In a post-credits scene in the original film, Howard appears as a former prisoner of The Collector. The Collector, played by Benicio Del Toro, featured numerous Easter eggs in his collection, including Cosmo the Spacedog, an intelligent Soviet-era dog astronaut and rival to Rocket Raccoon in the comics.

In Guardians of the Galaxy Vol. 2, Howard earned some actual screen time in a five second scene set on the pleasure planet Yondu and the Ravagers visit.

A third appearance was supposedly filmed for Avengers: Infinity War, but never made it to screen. Instead, Howard shows up for the big fight against Thanos in Avengers: Endgame, alongside the Ravagers and the many other Guardians of the Galaxy characters recruited to fight Thanos' army.

Howard has also achieved additional fame as a supporting character in the Guardians of the Galaxy cartoon and is occasionally mentioned or appears in various video games, particularly involving the Guardians.

It remains to be seen if Howard the Duck will ever get a second chance of helming a feature film, but who knows what the future holds. Perhaps we shall see Howard again in Guardians of the Galaxy Vol. 3.

Stay tuned for a continuation of our Retrospective, covering Black Panther.

Also be sure to check out the collection of works by the STPL Bloggers, opens a new window. We are always writing about a variety of topics!