Fans today are living in a Golden Age of movies based on comic books. Kids, teenagers, and adults have grown up on the exploits of superheroes since the 1910's, and more recently in film as well. Among the many comic book producers, few were as prominent and beloved as Marvel Comics. It was small wonder that they began to produce films of their own.

Some Marvel films never quite made it to the big screen or inspired franchises. While not quite duds, some films just failed to garner enough attention to be properly treated or produced as a large production, or to even kickstart various television series. 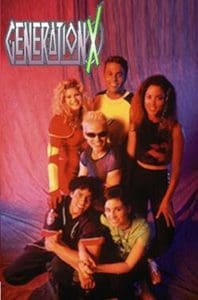 Smack in the mid-90s was a plan for a hip television series aimed squarely at teenagers and young adults. Generation X, based on the comic of the same name, was an offshoot of the X-Men franchise, featuring new, modern characters. Jubilation Lee, played by Heather McComb, has recently discovered her mutant powers and accidentally damaged an arcade. She is rescued and taken to the Xavier School by Emma Frost, a fellow mutant and teacher, where "Jubilee" can learn how to accept and use her powers while fitting in.

Marvel's intentions with this film confused both fans and producers. Many viewers and critics assumed the film to be a pilot for a new TV series. Contrary, Marvel insisted the film was meant to serve as the prototype for an assortment of made-for-television films. The result? A forgettable made-for-TV movie with a largely forgettable cast that remains forever in the shadow of the 90s cartoon and the live-action film released in 2000. 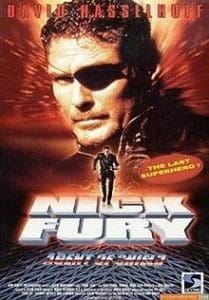 Speaking of made-for-television movies, around the time Marvel was working on their various cartoons for X-Men and Spider-man, Marvel wanted to  branch out into offerings for more mature audiences who were a fan of the comics. After much deliberation, they decided on a familiar super spy organization and its leading man. Thus was Nick Fury: Agent of Shield conceived, starring none other than David Hasselhoff.

Eventually released in 1998, Marvel intended Nick Fury to serve as a backdoor pilot for a television series. The film pits Nick Fury and the various agents of SHIELD working to stop a plot by the nefarious group HYDRA. Fans of later films such as The Wolverine and Captain America: The Winter Soldier will recognize other characters such as Viper, Alexander Pierce and Baron von Strucker. Critics panned the film, with what little praise being reserved for Hasselhoff's performance. 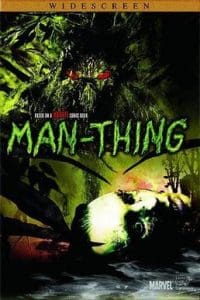 Man-Thing is a Marvel character with a complicated, and mostly forgotten past. One of many 'look alike' characters, parallels can easily be drawn to another DC character, the significantly more known Swamp Thing. In the late 2000s, Marvel Enterprises entered into negotiations with Artisan Films, previously mentioned in other blogs. The two companies struck a deal to produce various films with Marvel characters, for both theater and direct-to-video. Executives from Marvel worked closely alongside Artisan Films for all of these projects, save one. Man-Thing was a horror movie, set in Louisiana, and filmed in Australia. Directed by Brett Leonard, the film focuses on a series of murders tied to the recent and very dubious purchase of some Native American land, where the titular monster lives.

Of all the Marvel movies, Man-Thing is perhaps the one Producer Avi Arad regrets the most. Lack of supervision meant the film came out in dubious quality and a bit of a miss-step at a time when Marvel was starting to see real success with films like X-Men and Spider-man. Thankfully, the film did not see wide release and relatively flew under the radar, so whatever lack of success the film had did not reverberate through the rest of Marvel's film line-up. On a $30 million budget, it made less than $2 million back, and that was the final nail in the coffin for Man-Thing.

After nearly two years, the Marvel Cinematic Retrospective has come full circle. While there have been a few recently released projects, such as Black Widow and Shang-Chi and the Ten Rings, we will be taking a hiatus for the time being. Look for us in the near future when we return to look back on Marvel's Phase 4 films.

In the near future, look forward to a new retrospective based on Marvel's longtime rival, DC Comics.

Until then, happy reading and happy watching!